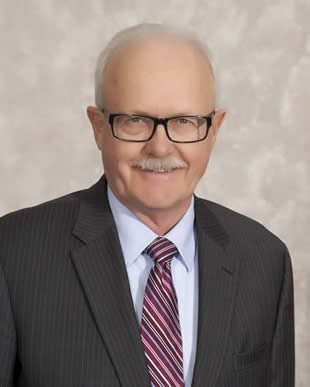 David Koland, known to friends as Dave, passed away on May 8, 2018, at the age of 75. Born in Oregon and raised in North Dakota, Dave attended the University of North Dakota, majoring in business. He put his skills to good use in many endeavors but ultimately directed them to his passion: water.

Dave was an active community member, involved in many organizations. He enjoyed golf, playing cards, and spending time with friends and family.

He is survived by his wife, Tudy, of 44 years; his daughter Stacey and her husband Todd Thorsell; grandsons Tracy Thorsell (Brooke) and Jesse Thorsell; one great-grandchild, Willie Thorsell; one brother, Gerald Koland; and two sisters, Janet Houle and Sharon Koland.

He was preceded in death by his father, Louis Koland, and his mother, Bessie Koland.

Dave was such a great guy. A real out-of-the-box thinker and problem solver. His good-natured advice and solid counsel will be missed by the western water community. Our thoughts and prayers are with his family.

I think the key is to look where you didn’t think you had opportunities before. Most people are disbelieving and say “no, that’s never been done before.” We have to find new ways to do things because we’re in a whole different world in agriculture now. Some situations don’t pay off right away. You might be able to come back later with some new players or technology and make something work that seemed impossible just a few years ago.