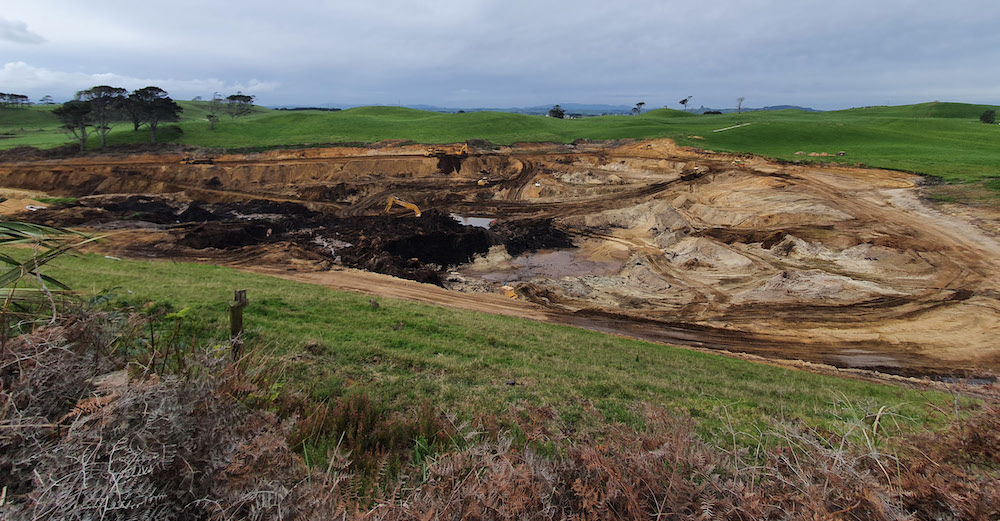 The Te Tai Tokerau Water Trust was created in 2020 to build new water storage and distribution infrastructure in New Zealand’s Northland Region. The trust’s goal is to create economic opportunities in horticulture for two areas in Northland by providing a reliable water source and eventually developing full irrigation schemes. In this interview, Chris Frost talks about the project’s history and potential.

Chris Frost: I was born and raised on a small dairy farm in Northland, where I reside now. Like a lot of kids who grew up where I did, I didn’t finish school. I got into the workforce, and a few years later, after getting some work experience, I started studying again. I moved to the South Island of New Zealand, where irrigation is relatively prevalent. I studied civil engineering and computer-aided design and modeling while working for a large consultancy firm that has now been rebranded as WSP, a Canadian-owned engineering company. Later, I returned to Northland and established a strawberry farm with my wife, who had studied horticultural commerce. After operating the farm for 10 years, we closed it down a year and a half ago because of the need to focus on our young family and other projects. I wear two hats a lot of the time. I’ve been working on this water project in Northland as a contractor for the Te Tai Tokerau Water Trust, and I work for other corporate growers and iwi entities to develop relatively large orchards in the region and in other parts of the country.

Irrigation Leader: Your current company is called Frost and Sons. Are you the father or are you one of the sons?

Chris Frost: I’m the father. My sons are only just 7 and 5 years old. The name was chosen as a small reminder that the decisions we make and the things we choose to do now are likely to have a profound effect on them and future generations.

Chris Frost: Although water storage and irrigation schemes in the region have been discussed since the 1970s, this particular project was launched in 2013. It began through discussions with local landowners, who were getting hammered by drought year after year on the western coast of Northland. While many parts of Northland actually enjoy high average annual rainfall, a lack of storage means water can’t be retained for use in times of shortage. By creating reservoirs and distribution systems, the planned scheme will give farmers and growers who have access to it a more reliable water source so they can consider higher-value land uses, such as horticulture.

At the time, the central government was supporting quite a few irrigation initiatives around the country, but local farmers had never applied for that funding. The company I worked for at the time, WSP, started supporting a group of landowners by lobbying the Northland Regional Council to try get a slice of the pie for the region. Over the past 5 years, the council completed a series of studies that looked at water storage options, aimed at addressing water use and the potential economic benefits storage could bring to the region. The project has now received a mix of grants and funding from the Provincial Growth Fund. The majority of the funding is in the form of loans, so it does have to be paid back, but there was a small amount of grant funding to reduce risk in the early stages. The funding was by no means enough to develop all of the proposed schemes, but it was enough to get things going. The ultimate beneficiaries of these projects are not only the famers and growers, but the wider community and region as well.

Irrigation Leader: What is the projected timeline for full completion of the storage structures and schemes?

Chris Frost: In the Kaipara area, stage 1 of the Te Waihekeora Reservoir is near completion. The first stage holds approximately 300,000 cubic meters (243 acre-feet) of water, but ultimately, it will be expanded to around 3 million cubic meters (2,432 acre-feet). The reservoir is considered sufficient to supply water to about 1,000 hectares (2,471 acres) of horticulture. With time, as demand grows, the scheme may be expanded, but we don’t know by how much, so we have built a large degree of flexibility into everything we’re doing.

Because the water in the Kaipara is harvested by flows out of surrounding streams and we are taking water in winter when there are above-median flows, we probably won’t be able to start putting water into the completed reservoir until the middle of 2023. Our intention is to supply water to a large part of the area by September 2023, but those dates are tentative. This is still subject to getting building consent. At this stage, we see no reason that we shouldn’t have some water flowing around that community by 2023.

In the Mid North region, near Kaikohe, we hope to have the first reservoir, Matawii, completed by the middle of 2022. That reservoir will also provide a backup water supply to the town of Kaikohe, which has had severe restrictions over the last few years. Matawii would also supply the newly created Ngawha Innovation and Enterprise Park and other nearby horticultural developments. A second reservoir, Otawere, has been referred for consideration under the COVID‑19 Recovery Act of 2020.

We are generally building storage that is largely offline of streams or rivers. Part of the reason for this is the regulatory environment that we’re operating in and the speed at which the trust wants to develop things.

Irrigation Leader: When do you foresee the development of full irrigation schemes?

Chris Frost: At this point in time, the focus is upon building the first stages of the scheme and getting them operational, including the distribution networks required to provide water to users. These first stages are being considered as standalone developments; however, the intent is that they could be expanded in the future, including with further storage, once demand develops. Full developments will be very much influenced by the speed of uptake of farmers and growers.

Irrigation Leader: Will these schemes be shareholder owned?

Chris Frost: Yes. They will be set up in a manner similar to other schemes around the country, generally adopting cooperative principles. We haven’t fully established what those commercial arrangements will look like. The intention is to go public with that offering at some stage later this year, whatever it looks like.

Irrigation Leader: What other factors do you see affecting irrigated agriculture in your area?

Chris Frost: Here in Northland, we are seeing a considerable amount of land move from pastoral farming to horticulture. That requires a reliable source of water, whether it’s from one of these proposed water schemes or not. We’ve seen a significant amount of activity up here in Northland, because the region looks relatively untapped and the land prices are low compared to other parts of the country. A lot of the developers are coming from outside of the region.

One of the challenges is getting local people to understand the opportunity and the costs associated with the schemes that we’re developing. In many instances, the cost of adding water to the land is equivalent to the value of the land itself. However, the combination of land and water is still of good value compared to other places—especially with 35‑year resource consents!

These are relatively expensive schemes on a per-hectare basis compared to others developed in the country. In some instances, the costs may even be comparable to what it would cost for landowners to do something themselves on their own property. However, the trust is navigating the regulatory and environmental challenges within these communities to simplify this process and to ensure that the solution provides opportunities to the wider community rather than just individual landowners.

Irrigation Leader: What is your vision for the future of Northland and for this project?

Chris Frost: I’m committed to seeing Northland prosper, in particular the primary sector, and to seeing this happen as rapidly as possible. There is never going to be a cheaper time to do this than now. If this project doesn’t happen quickly, the opportunity to get the best outcome for this community is going to be lost. If we come back to it in 10 or 20 years’ time, the land is going to be further fragmented to the point that the plot sizes may no longer be commercially viable. The rules and regulations are not getting any easier, either. There is also the risk of issues with reverse sensitivity, which refers to situations in which complaints about existing farming operations arise because of new developments adjacent to them. My biggest concern is that the local community will be too slow to realize the opportunity.

What’s different in this situation is that Te Tai Tokerau Water Trust is driving the project on behalf of the community. What that means is that the potential water users are not yet on the hook—to date, the project has been funded effectively by the trust and by the central government.

If the community is too slow to take advantage of this opportunity, those from other geographic regions won’t be. At the end of the day, water is finite, and there is only so much that can be harvested and stored effectively and efficiently for the use of these communities. 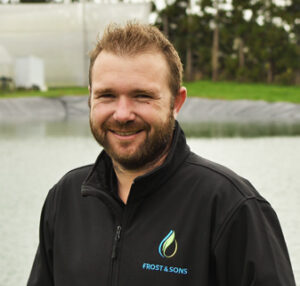