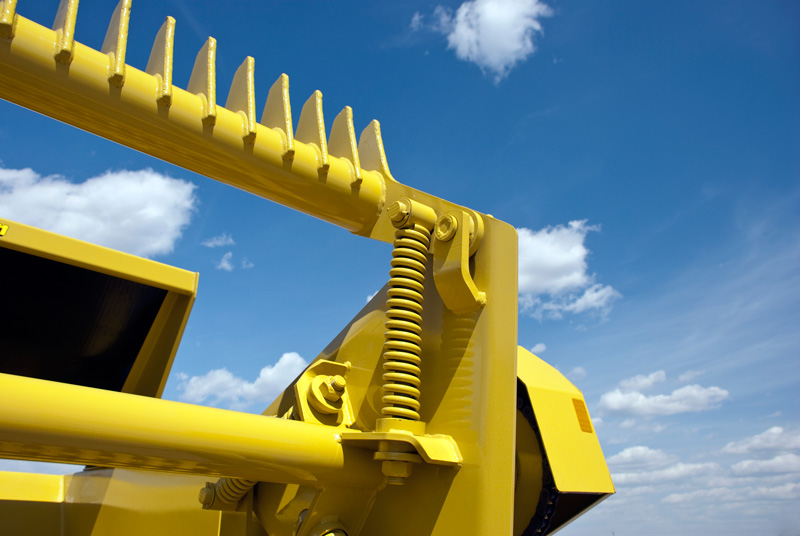 ince 1962, Degelman Industries has been supplying farmers all around the United States and Canada with effective solutions for large-scale rock removal in their fields. Degelman designs and manufactures rock pickers—machines that give farmers the capability to quickly and effectively remove large numbers of rocks from their fields. Degelman was founded on a farm in Raymore, Saskatchewan. Wilf Degelman needed a better solution to removing the rocks from his fields than what his farmhands could provide. He designed and built his first rock picker: a machine that he could pull behind his tractors to remove rocks from the field.

Farmers usually run their rock pickers in the fall, to spot-pick rocks they found during harvest, and in the spring, before planting, to collect rocks that have become exposed during the winter. The freezing and thawing of the ground pushes buried rocks closer to the surface, and after the winter snows melt, they appear on the surface. Degelman pickers are relied on heavily in glacier country because of the large deposits of glacial rock that are exposed every spring. They do particularly well in the rocky mountain soil found in the Twin Falls region of Idaho, a state that is one of Degelman’s biggest markets.

Degelman offers four models of rock picker: the Prong Picker R570P, the Signature Series 6000, the Signature Series 7200, and the newly introduced Rock King. The Prong Picker, the smallest of the models, is used to spot-pick rocks. There is no reel mechanism on the Prong Picker; it uses grill tines that are run in the ground up to the rock that you want to remove from the field. The Prong Picker then scoops underneath the rock, lifts it, and dumps it into an onboard hopper. The Signature Series 6000 and 7200 models closely follow Wilf Degelman’s original rock picker design and are named after the size of their respective 60-inch and 72-inch grills. The wider the grill, the wider the rocks the picker can process. The Rock King—Degelman’s largest rock picker, with a 96-inch-wide grill—must be pulled by a four-wheel-drive tractor with at least 250 horsepower.

All Degelman rock pickers have open floors that allow dirt to fall through and back into the field as it breaks off the rocks, preventing the removal of soil from the field. They also come with hydraulic dumps and replicable

excavator tips. They can pick up rocks as small as 3 inches and as large as 2.5 feet in diameter, depending on the size of the picker. Degelman rock pickers range in price from $18,000 to $85,000, depending on size and options.

“The most important thing about Degelman is that we always overbuild our products so that they will stand the test of time,” says Jason Faulkner, the company’s U.S. sales manager. “There are farmers who are still using Degelman rock pickers that were made 30 years ago.” The company’s aim—then and now—is to design and build rock pickers that will last for decades.

Each Pipe Has Its Role: Thompson Pipe Group’s Product Range