The Yakima River basin is one of the most productive and intensively irrigated agricultural areas of the United States. Farmers there raise cattle and grow apples, cherries, grapes, pears, and hay. In this interview, Dan Newhouse, who represents Washington’s Fourth Congressional District in the U.S. House of Representatives, discusses the importance of irrigated ag to the region and talks about his recent legislation simplifying the title transfer process and putting local districts in the driver’s seat.

Congressman Dan Newhouse: I represent the Fourth Congressional District of the state of Washington in the U.S. House of Representatives. I’m now in my fourth term. I live and farm in the Yakima Valley of central Washington. I’ve been here my whole life and was born and raised in Sunnyside, Washington. Before joining the House of Representatives, I served four terms in the Washington State Legislature and served as the director of the Washington State Department of Agriculture.

Irrigation Leader: Please tell us about your views on the importance of irrigation and irrigated ag to Washington State.

Congressman Dan Newhouse: Without irrigation, we wouldn’t have the thriving agricultural industry that we have here in central Washington. Where I live, we get about 7 or 8 inches of rainfall annually, which is not enough to grow many crops without supplemental water. Fortunately, we had pioneers who saw the potential of the area and worked hard to provide the necessary infrastructure. These forward-thinking individuals constructed a tremendous system to deliver snowpack runoff from the Cascade Mountains and upstream water from Canada. They helped the Columbia basin become an important agricultural producer, not just for the country but for the world. Our strong agricultural economy and communities have grown because of that one thing: the availability of water. It’s something that we need to maintain and build. The potential is tremendous; we have the climate, the rich soils, and the water. It’s a blessing to be part of the effort to maintain and grow our area’s economy.

Irrigation Leader: One of the things we want to talk about is title transfer, and specifically the title transfer that recently went through for Kennewick Irrigation District (KID). What was your role in moving that forward?

Congressman Dan Newhouse: It used to take an act of Congress to transfer the title of Bureau of Reclamation assets to a local irrigation district. It was a long, arduous process. It often took years to accomplish, and it was not always successful. It was a problem that needed to be fixed. In 2019, working with many local irrigation districts and with Reclamation, Congress passed the Dingell Act, which in section 8003 authorized transfers of Reclamation works to be carried out administratively through the commissioner of Reclamation. It does not lessen the degree of scrutiny required to do these transfers properly, but it streamlines the process so that irrigation districts can better manage, maintain, and operate their assets. We’re already starting to reap the benefits of that legislation, as we’ve seen with the title transfers at KID and the Greater Wenatchee Irrigation District (GWID). The efficient delivery of water resources to landowners and users throughout these districts is critical, and I am proud to have played a role in reducing government bureaucracy so that we can better meet the needs of our communities.

Irrigation Leader: What are some of the benefits that entities like KID and GWID are getting from title transfer?

Congressman Dan Newhouse: This legislation will have huge benefits for irrigation districts. It allows them to obligate the assets that are now under their purview and control. They can essentially use them as collateral for financing improvements and growth projects. That is critical to meet the demands of a growing population, but also to help districts use water as efficiently as possible. Title transfer will help them do their jobs better, and water users who reside in those districts will get better service and better delivery, helping them be more successful in their businesses and operations.

Irrigation Leader: Do you also see title transfer as a way to reduce the costs of the federal budget?

Congressman Dan Newhouse: Reclamation has been a tremendous partner in building the infrastructure needed for us to live, thrive, and produce throughout the western United States. Now, we are seeing tremendous hydrological pressures that are making water scarce even as demand continues to grow. Reclamation, frankly, is not well positioned to respond to those needs in each area. It just doesn’t have the necessary workforce, budget, and resources. These transfers shift the operational and financial management decisions to the local level and help save taxpayer dollars. We have always held that local water managers know their system better than Reclamation employees in Washington, DC, do.

Irrigation Leader: Is there any other legislation that you are currently working on or hoping to move forward with that will also be of interest to irrigated agriculture in Washington State?

Congressman Dan Newhouse: We have long-term plans to continue to improve water availability and supply throughout the Yakima basin. This takes long-term commitment from the federal government and continuous work with local irrigation districts and landowners. The same is true in the Columbia basin. We have opportunities to fully realize the benefits of the Columbia Basin Project (CBP), and we want to see the full CBP completed, but we also need to respond to the crisis that we’re seeing in groundwater levels. Landowners were allowed to use groundwater in anticipation that at some point they could switch over to surplus water from the CBP. We have a continuing effort to make good on that commitment. The groundwater supplies are dwindling quickly, so it has almost become an emergency. We need to move as quickly as we can to continue to guarantee the benefits of the Columbia basin irrigation that we’ve seen in the past. Those are two areas that I continue to be very engaged in.

Irrigation Leader: Do you have a message for irrigated farmers in Washington State?

Congressman Dan Newhouse: Water is a critical ingredient for our success in Washington State and in central Washington in particular. We have tremendous challenges, including changes in weather and climate, a growing population, competing uses for our finite amount of water, and threats to our hydroelectric dams on the Snake River. I think that if we can stay focused moving forward, we can continue to benefit from this precious resource. We need people in Congress who understand how important these water resources are to our region, our economy, our communities, our culture, and our ability to be successful. It takes determination and hard work to keep these projects moving forward as they compete with so many other interests in the country for precious taxpayer dollars. I have been working very hard on these issues and will continue to because I understand their importance. I’m an irrigator myself, and I understand how important the continued availability of water resources is. I’ll continue working as hard as I possibly can on the behalf of irrigators and communities throughout central Washington. 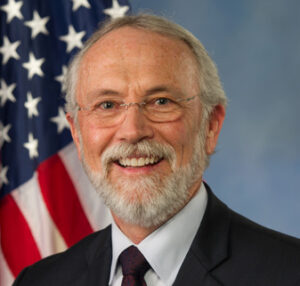