In the arid lands of Prairie County in eastern Montana, an expansion of irrigation could increase the value of land from $600–$900 an acre to about $3,600–$5,000 an acre while also making local farming livelihoods more dependable. In this interview, Dennis Teske, the president of Teske Farms, talks to Irrigation Leader about the project’s potential, its challenges, and the rich local history of bootstrapping irrigation ventures.

Irrigation Leader: Please tell our readers about your background.

Dennis Teske: I was born in Havre, Montana. My father was in the oil business, and so we moved often. In my first few years of school, we lived in 13 states. When I graduated from high school, I went on to work in the oil fields. My dream was always to own my own business, and after working my way up in the oil fields, I was able to put away some money to buy a couple of service stations around Casper, Wyoming. We were in Casper for about 5 years, and then we moved to Seattle, where there were more opportunities. We were there for 10 years and owned five convenience stores and service facilities. We had a lot of freeway locations, so we had robberies, which always left a bad taste in our mouths, especially when we were working with young adults.

I became disillusioned with city life and decided that I wanted to move to a farm. I had worked on Wyoming ranches in middle school, and I was lured by the romance of agriculture. We looked at 140 farms and ranches in seven states, and we found three that would provide a living for our family. We had to meet the requirements of a 1031 exchange. I had never farmed before; I was just doing the math from everybody else’s U.S. Department of Agriculture scoresheets and finding information wherever I could about raising cattle and crops.

We ended up buying an irrigated farm in Terry, Montana. The place had seen five owners in 10 years. From a business perspective, I recognized that whatever was going on at this farm was wrong. Ownership turnover is an indicator in any business that you have a problem. The former owners were irrigating with pumps that sat down in the Yellowstone River. The pumps were oversized for the ground being irrigated. They would pump water into a pit and the excess water would run back into the river. There was not any efficiency in the irrigation. That’s not appropriate, and it’s against all the rules of business.

The first thing we did was start to bury pipelines for an enclosed system. We moved pivots around and changed the sizes of all the farm’s fields. We were able to expand from about 600 acres to 1,600 acres of irrigated ground just with the new placement of pivots. The previous pipelines were undersized and oversized in different places, so we hired an engineer to help us to match the size of the pipeline to the needs of the pivots. That made our system highly efficient. We were raising cattle, sugar beets, alfalfa, pinto beans, and wheat in rotations, and sometimes barley.

This has been quite a learning experience. It took us several years to put in the system we desired. Like I said, we had no experience in this business at all, and now we are in our 26th year of farming.

Irrigation Leader: Once you got your farm in shape and irrigated, you began thinking about a larger-scale irrigation project. Would you tell us about that?

Dennis Teske: In 2001, I was elected as a supervisor for the Prairie County Conservation District. It was through that work that I started noticing reserved water rights in our county not being put to beneficial use. The rights were being adjudicated in the Yellowstone River. Our county has a reserved water right of 68,000 acre-feet, and we’ve been told by the Montana Department of Natural Resources that that water needs to be put to beneficial use. Of those 68,000 acre-feet, we currently use just over 8,000 acre-feet per year.

I started talking with people about irrigating. I tried to help my neighbors understand that they could put in their own pumps and pipelines. That idea has gained some traction, but questions remain: What is the cost per acre? Is it feasible to irrigate?

Seven years ago, when I became a county commissioner, Beth Epley, the executive director of the Eastern Plains Economic Development Corporation, began to work to find grant money for a feasibility study for a new irrigation project called the Fallon Flats Irrigation Project. Beth found $100,000, which was used to hire Scott Aspenlieder of Performance Engineering to do our feasibility study.

Through this project, we are looking at irrigating 18,000 acres in an area above the Yellowstone River. We estimate that the project could increase the value of dry land from $600–$900 an acre to about $3,600–$5,000 an acre, depending on the soils and whether flood or pivot irrigation is used.

There is existing irrigated land on Fallon Flats, which was developed by a farm family in 1967. It stretched them to the limits to do it, but it was good for them, their children, and now their grandchildren. They are potato and sugar beet growers who are still here today. They have their own pump system that pumps water up 400 feet from the Yellowstone River. That’s the site we are interested in for our feasibility study.

We’re trying to create stability in agriculture with this project, especially for the area’s dryland farmers. In Montana, we are currently experiencing a severe drought, probably the worst we have had since the 1980s, and this drought highlights dryland farmers’ need for this irrigation project. We need strong agriculture because we are an ag-based economy, and our tax base isn’t very strong because Prairie County has 500,000 acres of state and federal land. This project would expand our agricultural base and keep the water in the state of Montana, in our county, and flowing through the fields that we farm.

Irrigation Leader: What challenges do you foresee with a project of this nature?

Dennis Teske: We have a lot of questions to answer: Can we lift water 400 feet, and then can we spread it over 18,000 acres? Will people want to participate? Can they see the vision? Could it be their dream? Will it be a source of profitability into the future? Is it affordable in today’s economy? We hope the feasibility study that we are currently finishing will shed light on those questions.

Montana Governor Greg Gianforte came out and looked at the project. He was interested and knowledgeable. He asked all the right questions. He thought the project was aggressive, and he wanted to know if we had ever looked at scaling it back just to get things started and then continue in phases. We sat down and explored some different options, and we’re going to put together a plan that might include 3–5 different phases.

The cost is also a challenge. Inflation is through the roof, so when you take a project that is challenging anyway and factor in that kind of inflation, it may be out of reach. The cost of pipe is going up, as is that of all other inputs.

Irrigation Leader: How much rainfall do you get?

Dennis Teske: We live in a semiarid climate—basically a desert. In an average year, there is 10–12 inches of rainfall. Irrigation is critical for longevity and commodity prices. You have to grow quality crops, and you have to grow a bumper crop to pay for the machinery, the labor, the fuel, and the taxes. How do you do that? This project offers one way, and that’s what I’m trying to show the citizens of our county. No one is going to come in and save us; we’ve got to save ourselves. I am inspired by an irrigation project built by the homesteaders who settled in this area. Over the first couple of years the homesteaders

lived here, there were unusually heavy rains, and their crops grew well. Then, suddenly, it became a desert again. So in the 1930s, during the Depression, they started building a 22,700‑acre irrigation system called Buffalo Rapids. They got halfway through it, then they fought in World War II. Before the project was completed, they fought in Korea. But these were hardy people who had a vision. It took them 40 years to finish it, but it is still viable today. It’s a valuable water source for farmers. With this project, I’m trying to build on that dream.

Irrigation Leader: What is the estimated price tag of the project?

Dennis Teske: If we went in today and did the whole project from start to finish—built the Cadillac model—we would be talking about $100 million.

Irrigation Leader: What do you want everyone to know about this project?

Dennis Teske: The Fallon Flats Irrigation Project has the potential to help not just the county but the region. It would create jobs. We would have a diversity of high-value crops. When you irrigate that many acres, you can find processors that would bring their business to you and process locally. Those are the things that I think would provide value in the long term. A project like this is citizens just counting on themselves—but they have to have a pair of gloves and be willing to put in a lot of work.

Dennis Teske is the president of Teske Farms. He can be contacted at dteske@midrivers.com. 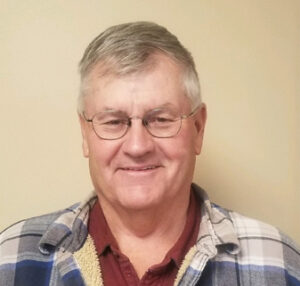