As a managing director of public finance investment banking at Piper Sandler, Dick Schober underwrites bond issuance for clients in many sectors, including water, irrigation, and sewer districts. In this interview, he lays out the basic principles of issuing bonds for Irrigation Leader readers.

Dick Schober: I have worked in public finance for 35 years in the Seattle area. I started in commercial banking with First Interstate Bank before switching to public finance and working at a small firm in Seattle. I moved to Piper Jaffray, now Piper Sandler, in 1993 and worked there for a little more than 12 years. I then worked for a period of time as a senior investment banker in Goldman Sachs’ public sector and infrastructure banking group. Following my tenure at Goldman, I joined a smaller regional firm that was purchased by Piper Sandler in 2013, bringing me back to the company in a circuitous way.

Irrigation Leader: Please tell us about the history of Piper Sandler.

Irrigation Leader: What are your portfolio responsibilities?

Dick Schober: I’ve worked for municipal governments all over the West Coast, but for the last several years, I have primarily covered municipal entities in Washington State. Public finance is a unique business: While the types of bond issuers are similar, laws governing debt issuance differ from state to state. For this reason, Piper Sandler is structured with regional offices staffed by municipal professionals who are experts in debt issuance in the states that they cover. There are some exceptions to this, such as health care and housing, which are covered by bankers who are experts in those fields. The types of clients that we work with in our regional offices include cities; counties; school districts; and utility districts, such as water, sewer, and irrigation districts.

When it comes to utility districts in particular, we can assist with capital planning and funding strategies to pay for new fixed assets. Funding sources may include operating income; cash reserves; state and federal grant and loan programs; and other types of debt, such as municipal bonds and bank loans, which if used for governmental purposes are exempt from federal income taxes and result in a lower rate of interest to the borrower. For municipal bonds and bank loans, we work with clients to structure the repayment of the debt; manage the debt origination process, including coordination with legal counsel on authorizing documents; secure credit ratings, if applicable; and establish or negotiate interest rates on the debt.

Irrigation Leader: For any readers who aren’t familiar with these instruments, would you quickly explain what a bond is?

Dick Schober: A bond is a contract between a borrower and a lender whereby the lender agrees to loan the borrower money for a stated period of time in return for a stated rate of interest. Interest is typically paid semiannually, and the loan balance or principal is typically paid annually, but annual principal payments can be tailored to meet the cash flow needs of the borrower. For example, if a utility issues a bond or loan to construct a water line to serve new customers, the annual payments of the bond or loan can be delayed until construction is complete and service revenue begins to be collected. Another example would be that if a borrower has an existing bond or loan that will be fully repaid within the next few years, principal repayment of a new bond can be delayed until the existing bond is fully paid.

Irrigation Leader: What is the difference between a bond and a regular loan?

Dick Schober: If a district is considering borrowing money, one piece of advice that I would offer is to engage your finance team early, including bond counsel, an underwriter, and potentially a financial advisor. Typically, these professionals work on a fee that is based on dollars raised, so it will not cost more to have them on board early in the process.

Other big-picture considerations include the following:

(1) What are the irrigation district’s capital needs? That is, what does the entity need to construct or improve to continue to provide reliable service to existing and new customers?

(2) What sources of funding does the district have to pay for those capital improvements? Sources may include operating revenue, cash reserves, grant proceeds, and external funding from bond or loan proceeds.

(3) How affordable is the capital plan given existing and new customer numbers, the current rate structure, and any planned or necessary rate increases?

Following up on the affordability concept, any lender, whether a bond investor or a financial institution, will require the borrower to have a rate structure that is sufficient both to fund ongoing operations and to cover all debt payment obligations on an annual basis. If the borrower is an irrigation district, investors will be focused on the district’s net operating income (NOI), that is, the operating revenue that remains after the district pays its operation and maintenance expenses, excluding noncash items, specifically depreciation. In particular, investors will want to know how NOI compares to the district’s required annual debt payment. The ratio of NOI to the district’s annual debt service payment is called coverage or debt service coverage. The lower the coverage factor, the less confident the investor will be in the district’s ability to pay or cover its debt obligations. For an investment-grade, essential-service utility, NOI should be at least 1.5 times annual debt service. For a high-grade credit, NOI is often 3 or 4 times the entity’s annual debt service obligation. Coverage can be adjusted by reducing expenses, increasing rates and charges, or lowering debt service. Since the ability to cut operating expenses is limited, utilities generally try to manage coverage through rate increases and limits on borrowing, which sometimes requires reducing the scope of their capital programs or stretching the timing of capital expenses out to match customer growth and reasonable rate increases. There are other credit factors to consider, but the link between the timing and scope of the capital program and the ability to pay for that program is critical.

Irrigation Leader: If an irrigation district wanted to pursue a bond with your firm, what steps would it take?

Dick Schober: First, the district would want to assess whether a bond or a bank loan is a better funding solution. The finance team can assist with that assessment. A district will usually pay a higher rate of interest for a bank loan, but securing a bank loan is a simpler process. For a small or short-term funding need, a bank loan might be the better option. Because a bank loan is not a public offering of securities, it isn’t governed by federal securities law and therefore does not require the district to prepare a securities offering document called an official statement. Assembling this document is complex and time consuming and will necessitate staff input. Further, a bank loan does not require the district to get a public rating, which is a service you have to pay for. Why, in that case, would an irrigation district ever choose to issue a bond? Well, if the borrowing need is several million dollars or more, the cost savings of a bond issue will likely outweigh the ease of execution of a bank loan.

Whether it is issuing a bond or negotiating a bank loan, the district will want to work with its financing team, specifically bond counsel and the underwriter or placement agent, to create a schedule that lays out the process. Bond counsel will assemble the required legal documentation and ultimately provide a legal opinion that states that the bond or loan is a legal and valid obligation under the laws of the state of issuance and, if applicable, that interest on the obligation is exempt from federal income tax. Piper Sandler can serve in the function of underwriter in the case of bonds or of placement agent in the case of a bank loan. In either role, Piper Sandler will coordinate the process and ultimately serve as an intermediary between the district and the bond investor or bank. If the better funding solution is bonds, the financing team will assist the district in preparing the official statement and obtaining credit ratings.

Specifically for bonds, once the documentation is complete and credit ratings are secured, the official statement is distributed to potential investors and the sale or bond offering occurs. Interest rates are established at this point of the bond sale process, and the underwriter will commit to purchase all the bonds from the district at those established rates, regardless of whether or not it has been able to sell all the bonds to investors at those rates. The bond closing occurs approximately 2 weeks following the sale, at which point the district receives the proceeds from the bond sale. The entire process takes approximately 12–14 weeks. A bank loan can be executed in a slightly shorter time frame.

Irrigation Leader: At what point does an irrigation district have to lay out money in order to obtain a bond? Are there any transactional fees up front?

Dick Schober: Generally, no. We work on the contingency that the bond sale will occur at some point. We are paid when the bonds close and the district receives the proceeds from the sale, as are most attorneys who work on these transactions. Some fees will be incurred regardless of whether the bonds close, the most significant being the rating agency fee, but the timing of the incurrence of those fees can be managed such that there is a high degree of certainty that the bond sale will happen.

Irrigation Leader: Does your firm currently provide any kind of Bond 101 training? 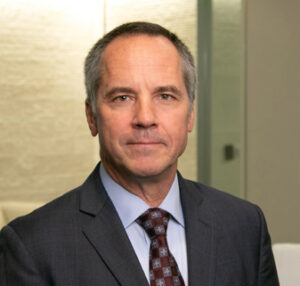