For 100 years, the Roosevelt Irrigation District (RID) has brought groundwater from South Phoenix to irrigate a large agricultural area in the Avondale, Goodyear, and Buckeye areas of Arizona. Like many Phoenix-area irrigation entities, RID is grappling with the effects of urbanization, aging infrastructure, and water supply issues. Irrigation Leader spoke with Superintendent Donovan Neese to learn more about the district’s operations and plans for the future.

Donovan Neese: I started my career as a consulting civil engineer. While consulting, I went back to school and earned an MBA. Most of my consulting clients were irrigation districts, and 11 years ago, I was invited to manage one of them.

Donovan Neese: The district was formed in 1923. Next year marks our 100th anniversary! The district has about 36,000 acres. We were formed through an agreement with the neighboring irrigation district, the Salt River Project, to purchase and develop several wells to drain an area of downtown Phoenix. At the time, the district built a flume to bring the water across the Agua Fria River, which was later converted to a siphon under the river. Our delivery area is spread across the cities of Avondale, Goodyear, and Buckeye on the west side of Phoenix.

Irrigation Leader: What percentage of your customers are agricultural?

Donovan Neese: Although our area is rapidly urbanizing, nearly all our deliveries at this point are to agriculture. We have about 26,000 acres in agricultural production. Before urbanization, portions of the district were left unplanted due to delivery capacity limitations. Our customers knew that they could only plant perhaps two-thirds of their acreage. Effectively, our total delivered water has not changed, even with one-third of the district going out of agriculture. Logically, you would think that as a district urbanizes and land comes out of production, the demand would go down, but our demand has stayed flat over the last 100 years.

Irrigation Leader: What are the top crops that your customers grow?

Donovan Neese: That depends on commodity prices. Our typical mix includes alfalfa, cotton, silage for the dairies, and wheat. There are several dairies within the district that create demand for forage crops.

Irrigation Leader: You said that the source of your water is drainage from Phoenix. Does that refer to groundwater coming from an aquifer?

Donovan Neese: We are primarily a groundwater district. Drainage is probably not the right word—dewatering is more accurate. Parts of downtown Phoenix used to be waterlogged. The water table in South Phoenix used to be so high that horses would get stuck in the mud. Pumps were put in place to dewater the area. We rerouted the water to the district so that it could be used beneficially by our landowners.

Irrigation Leader: Since the district’s source is groundwater, is it more drought resistant than districts that rely on surface water?

Donovan Neese: The aquifer that we pump out of is a good aquifer with a high water table. Once the dewatering began in earnest, the aquifer found an equilibrium and has stayed relatively stable. Of course, the depth of the groundwater changes from time to time, depending on whether the river is flowing during one season or the next, but generally, it stays stable, which is great for us. We are fortunate to have a robust water source for our landowners.

Irrigation Leader: What infrastructure does RID own and operate?

Donovan Neese: We operate about 80 miles’ worth of canals and just under 200 miles of laterals that branch off the canals, connected to about 100 pumps. In an average year, we move about 130,000 acre-feet of water.

Irrigation Leader: Do you have a lot of pumps to power your wells, and do you devote a lot of time to maintaining them?

Donovan Neese: Yes, we operate a number of wells. That is where most of our maintenance costs are allocated these days. We can continue to deliver water if a pump goes down by switching on a replacement, but if you ignore repairs for too long, you are left without alternatives in a crisis. Therefore, we have shifted our focus toward repairing and improving these facilities. We are replacing electrical cabinets, patching well casings, and replacing pumps and motors. Additionally, we have begun drilling new wells as replacements for old or abandoned sites. These efforts have improved efficiency and production.

Irrigation Leader: Please talk about your experience finding qualified personnel in your area.

Donovan Neese: The labor market these days is difficult. This year alone, we’ve made at least two wage adjustments just to be able to stay competitive with the market. The potential employees that we interview now expect much higher wages. The salary line item in our budget has reflected that additional cost. We have had positions open for 6 months at a time without a single interview. More recently, we have been experiencing no-shows for interviews. It has been difficult to find qualified folks who are willing to commit to working for an irrigation district for the long term.

Irrigation Leader: Do you hear about similar issues from your peers?

Donovan Neese: Most of my colleagues across the state have been wrestling with the same issue. Nationwide, the unemployment rate is at historical lows. To find somebody new, you have to entice them away from somewhere else, either through better benefits or higher wages.

Irrigation Leader: Would you talk about your experience dealing with water regulations and legislation concerning water?

Donovan Neese: As desert dwellers, we have always known that water is a limited resource. Therefore, ours is a heavily regulated industry. In response, we spend a considerable amount of time and effort working with advocacy groups and regulators, trading information to make good policy for everyone.

Irrigation Leader: What are the other top issues facing the district today?

Donovan Neese: Our top issues are maintenance and labor. We’ve got to figure out ways to retain staff, maintain efficiency, keep our budget balanced, and invest in the significant costs of rehabilitating aging systems.

Donovan Neese: I am optimistic that we will start to recover from this drought. If we can get a few years of good snowpack, it will bring water back into the reservoirs, which will also increase the associated power generation. As they say, “Hope for the best and plan for the worst.” Also, I am planning for the continued urbanization of our district and the start of plans to move into the municipal water business. This will require further updates and modifications to our system and the development of partnerships, ensuring we have another 100 years at RID.

Donovan Neese is the superintendent of the Roosevelt Irrigation District. He can be contacted at dneese@rooseveltirrigation.org or (623) 386-2046. 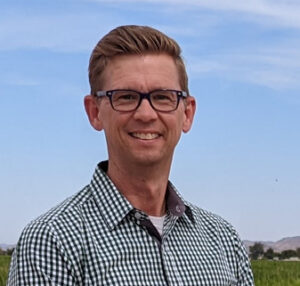 Modesto Junior College: Training the Next Generation of Irrigation Professionals