The Colorado basin has suffered from drought for two decades, and recent cuts to water allocation under the Drought Contingency Plan (DCP) will not just hurt Arizona farmers but cause steep increases in the cost of power generation. That’s just one of many issues of concern for the Irrigation and Electrical Districts Association (IEDA), a statewide association that advocates on behalf of Arizona’s public power and water providers. In this interview, IEDA Executive Director Ed Gerak talks about the current challenges facing its members.

Ed Gerak: I grew up in a rural part of southeastern Michigan. My dad was an electrician, and I was interested in construction, so I ended up getting a civil engineering degree from the University of Michigan. All the water in Michigan came in the form of rain and snow, and one day the temperature got down to minus 56 degrees with the wind chill. That was the day I decided to move west. I had family in Phoenix, so I visited them in 1995. It was March, 80 degrees, and construction was booming. I found a job with a concrete company and eventually got relocated to Sacramento. But after a year, I moved back to Phoenix and landed a job at an irrigation district. After 10 years there, I moved to the Arizona Power Authority. I was there for 4½ years and recently joined IEDA.

Irrigation Leader: Tell us about IEDA.

Ed Gerak: IEDA has been around for nearly 60 years. When it started, its primary purpose was to advocate on behalf of special districts regarding federal hydropower issues. Today, we still work on power-related issues, but we also cover water availability and delivery, water quality, and administrative law subjects, working both at the state and federal levels. We have 25 members, all of which are public power entities, including irrigation districts, electrical districts, cities and towns, cooperatives, and a few special-purpose entities.

Irrigation Leader: Does that mean that the irrigation districts also provide power?

Irrigation Leader: Are some of your members also power generators? Where do the electricity retailers get their power from?

Ed Gerak: The only members that generate their own power are the Salt River Project and the Arizona Generation and Transmission Cooperative. The others have federal hydropower allocations from Hoover Dam, the Colorado River Storage Project, or the Parker-Davis Project. Most IEDA members are part of the Southwest Public Power Association (SPPA), which is a joint action agency that has acquired purchase power agreements on their behalf.

Irrigation Leader: What are the top issues for IEDA and its member organizations today?

Ed Gerak: Obviously, drought in the West is having a huge effect. We are monitoring the DCP. The reduction of lake levels is reducing hydro generation, which is a main source of energy for a lot of our members. We’re also watching resource adequacy issues with regard to the electrical market. The replacement power that our group needs to offset the hydropower losses keeps getting more and more expensive. Ultimately, we try to head off any issues that pop up that could negatively affect our members.

Irrigation Leader: Where do you target most of your advocacy?

Ed Gerak: We advocate before state and federal representatives and nongovernmental organizations. A lot of our contracts are with the Bureau of Reclamation and the Western Area Power Administration. We also engage our state legislators, since a number of our members are special-purpose districts. We look for developments that could affect the irrigation and electrical districts within the state. We also advocate in Washington, DC, to make sure that Congress knows what our interests are and what the implications of their decisions are on our members.

Irrigation Leader: Would you tell us more about your work with nongovernmental organizations?

Ed Gerak: Since IEDA is a board member of the Colorado River Energy Distributors Association, we have gotten involved in the Adaptive Management Work Group, a federal advisory committee, and the Technical Work Group, which is one of its subcommittees. These groups include the National Park Service, tribes, basin state representatives, and environmental and recreational interest groups. There are a lot of competing interests when it comes to water and power. We need to have a voice in the room so we don’t get blindsided.

Irrigation Leader: Tell us about some of IEDA’s past successes.

Ed Gerak: IEDA has had a long history of fixing problems. IEDA’s former executive director, Bob Lynch, played a crucial role in gaining Arizona the ability to receive its full allocation from the Colorado River via the Central Arizona Project. IEDA has been involved in multiple federal hydropower contract discussions as well as discussions around the Arizona Groundwater Management Act. We monitor legislative language, advocate on behalf of our customers, and make sure things don’t go off the rails.

Irrigation Leader: How does IEDA support irrigated agriculture in Arizona?

Ed Gerak: Arizona has been proagriculture throughout its history. In fact, the state has a public power preference law that’s different from the federal one. That’s why the irrigation and electrical districts have such strong contractual allotments with the Boulder Canyon Project and the Parker- Davis Project. IEDA is a strong proponent of agriculture. It takes a lot of energy to move water, and it takes a lot of water to make power. We sit at the nexus of the water, power, and agriculture communities. We’re trying to support these efforts as best we can.

Irrigation Leader: What are your thoughts regarding the tier 1 cuts under the DCP? How will they affect IEDA’s members?

Ed Gerak: It has a huge effect on multiple levels, mostly for agriculture. The effects go beyond the power loss that will result from reducing the water going through Hoover Dam. There will also be local and regional effects, because water that used to go to county farmers isn’t going to be available in the next couple of years.

Irrigation Leader: How much do you expect energy production to drop?

Ed Gerak: For the Boulder Canyon Project alone, we’re seeing a 9 percent loss this year. If the hydrology stays as bad as it has been, we could see an additional 25 percent loss by 2027. Our rate projections show a 40 percent increase in our contract rate. It’s even worse at Glen Canyon Dam, where there’s a 33 percent chance that the lake will fall below minimum power pool in 2023. Some estimates are that in 2023 we will only be able to generate about 40 percent of the energy through the turbines; the rest will go through the bypass tubes. Since Glen Canyon Dam accounts for more than 80 percent of the Colorado River Storage Project, the project could see an energy loss of nearly 50 percent in 2023.

Irrigation Leader: How will that affect your members and their customers?

Ed Gerak: They will have to find a replacement for that power somewhere. With the resource adequacy issues that California is going through, it is going out to bid to replace the power it is losing as it shuts down natural gas plants. There is more and more competition for less and less energy capacity, so prices are going up. We’re seeing a 40 percent increase in natural gas prices, which is used to generate a lot of energy for us by the SPPA. We are having to adjust budgets to get in front of this so that we’re not caught short.

Irrigation Leader: What is the best way to balance irrigation water use, municipal water use, and power production needs in the Colorado basin?

Ed Gerak: That’s a difficult question. Despite the fact that Arizona recognizes the law of prior appropriation, and a lot of the lands that are used for agriculture have rights that are prior to those of the municipal users, municipal users are buying water at $1,500 bucks an acre-foot or more. They can pay a lot more for water than the farmers can, because farmers have high input costs, can only sell their crops for so much, and can’t make up a loss on volume.

Irrigation Leader: What is your message to other water users in the Colorado basin?

Ed Gerak: It’s time to have a regional discussion about large-scale water importation. Look at local issues in the West. The Ogallala aquifer has been in depletion mode for years. Nevada only gets 300,000 acre-feet off the Colorado River, and it takes a DCP cut before California, which has overused its allocation for decades. A lot of the upper basin is not fully utilizing its allocation. My hope is that we can collectively come to a regional solution, because Arizona can’t do it on its own.

Irrigation Leader: How serious and concrete are current conversations about water importation?

Ed Gerak: Other states have done more serious planning than we have. A group from Kansas came and spoke to the Agribusiness & Water Council of Arizona about its plans, which are more advanced than ours. I think that everybody just assumed we were fine. Now, after 20 years of drought, they realize we’ve got some big problems. Those problems are coming to a head this year.

Plans like these take a long time to develop. For example, a transmission line takes at least 10 years to plan and get permitted. The Central Arizona Project canal was contemplated in the early 1930s, wasn’t approved until the 1960s, and was finally built in the mid-1980s. Water importation projects probably take at least 20 years to complete, but we need the water now.

Irrigation Leader: What are your top priorities as you take over leadership of IEDA?

Ed Gerak: As a former irrigation district manager and former IEDA board member, my priority is to be in front of issues that will affect the members. It is usually like a giant game of Whack-a-Mole, but the drought and the how it affects our members’ water and power supplies is at the top of the list.

Ed Gerak is the executive director of the Irrigation and Electrical Districts Association of Arizona, Inc. He can be contacted at ed.gerak@ieda-az.org or (623) 238‑1374. 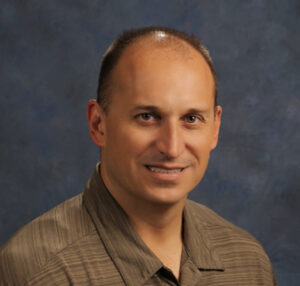