The prolonged drought in the Colorado basin is affecting every aspect of the power equation in Arizona, simultaneously reducing hydropower production and increasing the cost of hydropower and alternate power sources. This situation, along with water supply constraints, is likely to create a perfect storm for many irrigation districts. In this interview, Ed Gerak, the executive director of the Irrigation and Electrical Districts Association of Arizona (IEDA), tells us about what this situation means for the association’s members and Arizona farmers.

Ed Gerak: I managed an irrigation district that received a power allocation through the Arizona Power Authority from Hoover Dam for 10 years. Five years ago, I moved to the Arizona Power Authority, where I managed the Hoover Dam allocation for the state of Arizona. Recently, I moved to IEDA, which advocates on behalf of public power and federal preference power customers and our members, who have allocations from the Colorado River Storage Projects (CRSP) and the Hoover and Parker- Davis projects.

Ed Gerak: IEDA is a collection of 25 entities, including irrigation electrical districts, municipalities, and one tribal entity, that have federal power allocations. We are deeply concerned about the viability and economics of the water, power, and agricultural nexus. Agriculture is a $23 billion business in Arizona, and the water and power provided by irrigation and electric districts help maintain and sustain the viability of crops in Arizona.

Irrigation Leader: Where does Arizona’s power come from?

Ed Gerak: Arizona produces 20 percent more energy than it uses. When it’s 120 degrees in Phoenix in July or August, we need to be able to keep up with the air conditioners. Arizona gets about 4 percent of its energy from hydropower. While it is not a large percentage of the state’s portfolio, hydropower plays a significant role in the West. The biggest provider of energy is natural gas, which makes up 40 percent of the portfolio. Nuclear power accounts for 33 percent, with coal at 15 percent and renewables, including hydropower, rounding out the portfolio at 12 percent.

Irrigation Leader: What effects is drought having on hydropower generation?

Ed Gerak: Our members have seen significant rate increases because of how the funding formula works. Since electrical sales are usually the only revenue source for these projects, as the dams produce less electricity, the rates need to increase to cover the operations budget.

CRSP has been seeing significant reductions in energy production lately. Glen Canyon Dam represents 70–80 percent of the generation of CRSP. If its reservoir level fell below minimum power pool, it would be a huge hit to the western grid—around 1,000 megawatts would no longer be generating. Moving down the river, Hoover Dam saw a 9 percent reduction in production last year and anticipates another 9 percent reduction this year due to drought. The Drought Contingency Plan (DCP) and the 500+ Plus Plan are keeping roughly 1.1 acre-feet in Lake Mead, which is also water that’s not going through the dam this year. The 500+ Plan adds another 6 percent or so on top of the losses at Hoover, so over about the last 2 years, Hoover has lost 25 percent of its generating capacity. Parker and Davis Dams aren’t as heavily affected because they are deregulated dams. They have lost about 10 percent of their energy production because of drought.

Irrigation Leader: What is the expected result of the secretary of the interior’s decision to withhold water in the upper basin?

Ed Gerak: It will further reduce production at Glen Canyon Dam by about 194,000 megawatt-hours.

Irrigation Leader: What is the outlook for the next 5 years?

Ed Gerak: The Bureau of Reclamation is taking action at Lake Powell to prop up the lake levels. Some of that has to do with concerns about being able to push water downstream. Reclamation has never been in this situation before, so it is concerned about its ability to use the bypass tubes on a continual basis and still deliver to the lower basin and allocations downstream. Reclamation recently reduced the deliveries to the lower basin by 480,000 acre-feet. It also advanced deliveries totaling 500,000 acre-feet from Flaming Gorge to Lake Powell to help raise the latter’s elevation. The lower basin states were able to negotiate a low operational impact agreement, although I’m not quite sure what that means. The biggest effect right now is that 6 feet or so wouldn’t show up in Lake Mead because of the 480,000 acre-feet being held back. That will not be counted against the lower basin when it comes to the shortage tiers. Essentially, there’s going to be a real and a hypothetical elevation at Lake Mead that will be factored into DCP mitigation next year.

Irrigation Leader: What effect is all this having on the prices of other power generation sources?

Ed Gerak: Everything is more expensive these days. As I mentioned, natural gas is a huge percentage of our generation capacity. That is true not only in Arizona but across the United States. Natural gas prices have almost tripled, from $3 per million British thermal units (MMBTU) in early 2021 to $9/MMBTU recently. Energy prices have gone up significantly. What was previously a $60 shoulder season price point is probably closer to $100. Peak demand is closer to $250 a megawatt-hour in the summer. During emergencies like Winter Storm Uri or the blackouts California had in 2020, prices can go up to $4,000–$9,000 a megawatt-hour. My concern regarding the push for sustainability is that fossil fuel plants are being closed faster than replacement renewable projects are coming online, which is putting a constraint on the system and driving up costs.

Irrigation Leader: Is there competition among states to get power?

Ed Gerak: Balancing authorities are responsible for balancing power demand and supply in their areas to avoid blackouts. Some of those balancing authorities or companies have incorporated integrated system operations. It gets fairly complex. It’s not necessarily a state-versus-state concern, but we are seeing a push for market expansions from the California Independent System Operator in the West and the Southwest Power Pool in the east. After the California blackouts in 2020, California applied to the Federal Energy Regulatory Commission (FERC) for permission to capture power that might otherwise be contracted for, especially here in Arizona, and to use it if they needed it. FERC approved that order. I don’t think that rings as wholly just.

Irrigation Leader: How long term are the prices in power contracts? How quickly do power prices change for entities like distributors or irrigation districts?

Ed Gerak: Most utilities try to minimize rate adjustments, but rates can change from week to week if necessary. A lot of my members have had to increase their rates over the past year, some as many as three times, because they’re losing energy off their federal power contracts and are having to replace it with energy that costs significantly more. For example, the Western Area Power Administration’s Desert Southwest Region analyzed the replacement costs for lost Hoover Dam power over the next 10 years and estimated that it would cost an additional $939 million. Arizona makes up 20 percent of that capacity. If you look at it on an annual basis, it amounts to a rate adjustment of more than $20 million affecting Arizona. IEDA, as I mentioned, contracts for 80 percent of the power out of Hoover Dam in Arizona.

Irrigation Leader: To what extent are those increases immediately passed on to retail customers?

Ed Gerak: Each irrigation and electrical district is different. All of them are cost-based systems, so they have to adjust the rates to cover their expenses. For our members in rural areas, some of the largest customer loads are farmers; other members may have a heavy residential load. Their profit and loss, their balance sheet, and their customer mix determine whether they have to adjust rates. Residential customers may not see as significant an increase on a dollar basis because they’re smaller users than are agricultural customers.

Ed Gerak: The regional utilities in Arizona and New Mexico recently commissioned a study looking at capacity issues. The Arizona Corporation Commission also held a summer readiness hearing at which the Arizona utilities shared concerns about their ability to avoid rolling blackouts if the temperature rose over 117 degrees. There is a significant need for new capacity on the system, and that has to be more than just renewable energy. We’re not in a position to transition as quickly as people would like to.

Irrigation Leader: How will this affect irrigators and groundwater pumpers?

Ed Gerak: The loss of water on the river is causing a perfect storm. A lot of farmers are not receiving the amount of water they’re used to. Some customers are pumping groundwater, and in some areas, growers are having to fallow a significant portion of the land—30–50 percent—because they don’t have the water to grow crops. Many commodity prices have gone up, but so have the input costs. Fertilizer costs have more than doubled, and diesel is a lot more expensive.

When it comes to electricity, a shrinking supply in available capacity will drive prices higher. Fortunately, our members have some long-term purchase power agreements, but some of them are resource short, meaning they have to go out to the market to purchase power. Relying on the energy market can be dangerous. For example, Winter Storm Uri affected the power market so greatly that our monthly power bill in February tripled.

Irrigation Leader: Do you care to wager any more predictions about how these trends will develop in the future?

Ed Gerak: The energy portfolio will get worse before it gets better. We’ve got 300 people a day moving to Arizona, and they aren’t bringing their generators or water with them. We have to find a way to keep up with the influx. There’s an inflection point coming when we’ll need to start getting serious about plant expansion or developing new power generation. Unfortunately, some blackouts may occur before that happens, especially since there’s such a lag in the supply chain, which is delaying projects. The solar tariff situation is delaying future construction on projects, as have supply chain issues. The lead time on transformers is now 52 weeks.

Irrigation Leader: What can be done to alleviate the power situation of irrigation districts?

Ed Gerak: I participate in a group called Southwest Public Power Agency that is working on securing a solar power purchase agreement, but I can see the need for participating in the construction of a new power plant in the future.

Irrigation Leader: What is your message to Congress, the federal agencies, and your state legislature?

Ed Gerak: The situation in Eastern Europe should highlight the importance of being energy independent. We have half the number of drill rigs producing oil and natural gas today that we did before COVID‑19. Because of the price of natural gas, coal power production has increased lately. We need to redeploy these rigs and start leveraging our resources to bring the price of natural gas down to help the U.S. economy and still have enough liquid natural gas to help the world. If we continue to close fossil fuel and nuclear plants before replacement capacity comes on line, we will be subject to rolling blackouts. That is a deadly proposition in Arizona in the summertime.

Ed Gerak: I want to highlight the fact that food security is often overlooked and undervalued. In the United States, a lot of people complain about the amount of water that agriculture uses. All that water goes to put food on people’s tables. Today, 40 percent of the world’s grain is grown in Russia and Ukraine. There are worries about the possibility of a global famine, especially in certain African countries that rely heavily on grain from that area of the world. That situation underlines how important it is that the United States can continue to grow its own food supply.

Ed Gerak is the executive director of the Irrigation and Electrical Districts Association of Arizona, Inc. He can be contacted at ed.gerak@ieda-az.org or (623) 238‑1374. 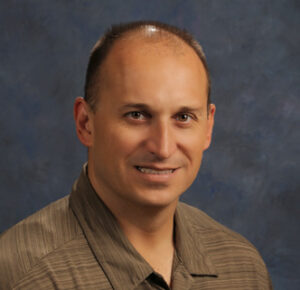