Evans Equipment Inc. buys, refurbishes, and sells Caterpillars and other heavy work equipment, often disassembling the machines to the frame and completely rebuilding them. This allows the company to sell top-grade equipment at 50–60 percent of the cost of new machines. Evans’s customers include irrigation districts, and it is interested in working with more in the future. In this interview, Brad Evans tells us more about the history and current activities of his family’s business.

Irrigation Leader: Please tell our readers about your background and the history of your company.

Brad Evans: The business was founded as an independent dealer focused on buying and selling used equipment in 1965 by my father, Tom Evans, and a partner who had previously worked with him at a Caterpillar dealership. After they had built a solid foundation over many years in business, my brother Bryce Evans and I joined the company. Around the same time, the company was officially renamed Evans Equipment Inc., after the remaining partner was bought out.

At our facility, we repair equipment that is not ready to be completely reconditioned or disassembled. However, when necessary, we also have the capability of disassembling equipment to the bare frame, rebuilding all the components, and making it run like new. That’s been the cause of our success over the years.

Irrigation Leader: Do you focus exclusively on Caterpillar machinery?

Brad Evans: Not exclusively, but that is the main type of equipment we work on. We work on other types, such as Hitachi and Komatsu, from time to time, but we have found that our potential customers are most interested in Caterpillar.

Irrigation Leader: What was your father’s vision when he started the business?

Brad Evans: When he worked for a Caterpillar dealer in Kansas City years ago as a territory salesman, my father quickly saw that the dealership’s philosophy was to focus on selling new. Whenever he was trying to sell used equipment, it was usually still in the same condition it had been in when it was traded in. Caterpillar dealers generally frowned upon the idea of investing a lot of money into the repairs necessary to put used equipment into a first-class condition. That’s what he wanted to do.

Irrigation Leader: Would you tell us more about your father’s background?

Brad Evans: My father, Tom Evans, who just passed away about 2 years ago, worked every day, even past his 91st birthday. He was having just as much fun at Evans Equipment as he did when he started the business in 1965. He started out selling Ford vehicles with his father in a small, rural town in Missouri. If you can believe it, he was approached by someone whom he sold a vehicle to whose son happened to work for the Caterpillar dealer in Kansas City. That individual told my father, “You ought to apply for a position at the dealership. They’re looking for a salesman, and I think you’d be an excellent salesman.” My dad went home and told my mom, “You know, I think I’m probably just going to stay here. I’m happy selling Fords.” My mom said, “Tom, that’s fine. They probably wouldn’t hire you anyway.” That bit of reverse psychology was the best salesmanship in the history of the Evans family. He went to Kansas City 2 or 3 days later and applied, and they selected him out of several candidates, even though he was the only one who had zero experience in the Caterpillar industry. He went on to be a territory salesman for the next 10 years.

He made the move away from Caterpillar at the age 39. When he left, he took the used-equipment manager and the dealership’s top two mechanics, so when they opened the new business refurbishing equipment and selling to our local market, they hit the ground running. We then expanded to a three- or four-state area. When my brother and I got out of school, we realized that we needed to expand outside the Midwest, because there wasn’t a lot of highway work going on at the time. We discovered that there were coalfields two or three states over that used big equipment. From there, we started working on the bigger dozers, trucks, and loaders.

Eventually, we made some contacts with European dealers. I remember our first international transaction in 1983, which happened to be a large spread of German equipment that was used on a big highway project in the middle of the desert outside Baghdad, Iraq. That was our first taste of international business. From then on, the world truly shrank. We did a lot of business in Russia during the 1990s, as well as in Asia, Australia, and Europe. It’s not uncommon at all to buy and sell from one part of the world to the other. That’s one of the things that fascinated my dad—how small the world had become over the course of his life and career. We were proud and grateful that we had a chance to work with dad all these years. He was very well respected throughout the industry. We had a lot of clients whom he dealt with for 30–40 years.

Irrigation Leader: How many employees do you have?

Brad Evans: We have around 30 employees. We are busy year round, either repairing or completely rebuilding machines. Bryce and I have the same philosophy as our dad regarding our team: It’s important to the success of the company to surround yourself with good-quality, competent employees whom you take care of. We’re proud that in all our years in business, we’ve never laid off any of our employees.

Most of our machines are not sold in our local market. For example, we are doing business with Kennewick Irrigation District (KID), which is located in central Washington State, halfway across the country. We buy and sell machines all over the United States and around the world. We’re in the middle of the country and right on the interstate. Freight is getting to be a pretty expensive part of the equipment business, but it does not prevent us from consummating a transaction.

Irrigation Leader: Would you tell us about your business with KID?

Brad Evans: We have sold KID four large Caterpillar 657 scrapers. These are midlife machines that did not need to be rebuilt, but we have completely processed them in our shop. We’ve done all the necessary repairs, starting with things as minor as fixing oil leaks, to make sure that everything is extremely tight and that it will be in excellent working condition when it hits the ground out in Washington. We ensured that they have excellent brakes, which is important in big scrapers. KID has also acquired a Caterpillar D11T, the largest dozer that Caterpillar makes, which it will be using to move a lot of material. We disassembled that particular machine to the bare frame in our shop and completely rebuilt it from the frame up, including a new, out-of-crate engine assembly. That machine is 850‑horsepower and is powered by a Caterpillar C32 engine. The powertrain has been completely gone through, and we installed a complete new undercarriage. Everything else has been processed here as well, so it looks and runs just like a brand-new tractor.

Irrigation Leader: Is there a general rule of thumb for how much customers can save by buying your refurbished used equipment instead of buying brand new?

Brad Evans: In this particular circumstance, without giving exact prices, the machines are close to half the price of what a new machine would cost. The savings depend on the machine, but the number is usually fairly close to that. Sometimes, it may be 60–65 percent, but usually, it’s in the 50–60 percent range.

Irrigation Leader: What’s an example of equipment you sell to the mining industry?

Brad Evans: Basically, a smorgasbord of all the main production machines as well as all the support machines. We sell the mining industry a lot of trucks—100‑ton trucks and up. A lot of the mining folks have a need for large dozers like the one we sold to KID. We’ve got six more that we’re getting ready to process—big D10s and D11s. Currently, we have the biggest motor grader Caterpillar makes on our yard, a 24M that we have remanufactured from the bare frame. Only the largest of the mines are able to use motor graders of that size. If they have a lot of trucks, they also need a lot of 10‑to 20‑yard-size wheel loaders.

Irrigation Leader: What’s the biggest truck that you’ve worked on?

Brad Evans: We’ve rebuilt some 150‑ton Caterpillar rock trucks, and we have owned quite a few that are bigger than that, but never brought them into our facility to work on. We have sold them at the location where we purchased them. As for dozers, the D11 is the biggest tractor that Caterpillar makes. I mentioned we’re working on the biggest motor grader Caterpillar makes; we’ve done several of those over the years.

Irrigation Leader: What is your message to irrigation districts? What should their general managers and boards of directors know about Evans Equipment?

Brad Evans: They should know that we have a large quantity of machines available for whatever type of work they have within their districts, including new construction of the kind that KID is undertaking. We sell earth movers, big dozers, and motor graders. If it has been processed through our shop, it’s something that will hit the ground running whenever it gets to its destination.

Brad Evans: We have a lot of philosophies, but one thing that my dad always said was, “The quality of the equipment we supply has to match the quality of our company.” You have to make all the necessary repairs to make it function. But most importantly, when you do all those things, you can never sell to somebody just once. That’s always been the key to our success. If we do sell somebody a machine, we’re going to sell to them many more in the future as well.

Irrigation Leader: Is there another generation that is cued up to take over?

Brad Evans: Around 7 years ago, one of Bryce’s sons joined the company to learn the business that his grandfather founded and that his dad and I own and operate on a daily basis. I also have a son who is currently at the University of Missouri. He has expressed interest in possibly joining the company in the future, and if he chooses to do that, I think he’d be a good addition. His grandfather would be pleased to see the legacy of Evans Equipment Inc. as the third generation gets further involved. 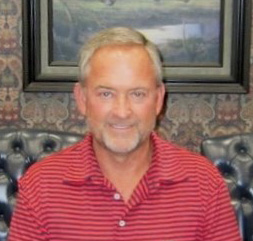