Amount of water diverted for irrigation per year in acre-feet: 8,400 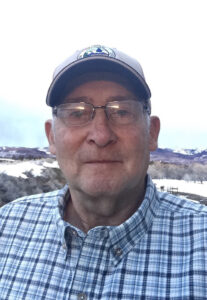 Gary Kennedy: Aside from the drought and urbanization that are plaguing the Four Corners, the pressure being put on the Colorado River Compact is becoming a growing concern. If the Colorado River Compact is put on call, as is being discussed, our ability to store water could be ended, drastically changing agriculture in our area by eliminating our supplemental water.

Gary Kennedy: There is discussion of changing the Colorado River priority system, and there are ever-increasing demands for recreational use, both of which will have a detrimental effect on agriculture. These issues are discussed frequently in an attempt to get ahead of them.

Gary Kennedy: I do nearly all the work for the district myself. (My equipment operator sleeps with my wife; if you see me talking to myself, I’m having a staff meeting.) On occasion, I hire people to help if I get projects that need additional work.

Irrigation Leader: What training do you currently invest in?

Gary Kennedy: Many of the classes I go to are sponsored by the Bureau of Reclamation and center around the operations and maintenance of dams and canals. I also attend an irrigation workshop that started recently in Phoenix.

Irrigation Leader: How much do you spend on training each year?

Irrigation Leader: What kind of safety programs do you have in place?

Gary Kennedy: We operate under Reclamation’s operation management program, which includes safety procedures that we must observe.

Irrigation Leader: What is the most important thing you have learned as a manager?

Gary Kennedy: Newcomers often don’t understand their water rights. I have learned patience in dealing with the situations that arise from that lack of understanding. I have also gained experience working on legislative issues, including with Congress. Our project was authorized under the Water Conservation and Utilization Act, which was a works act. The district was actually started by the U.S. Department of Agriculture during the 1930s and was given to Reclamation to build and manage. That authorization is basically exempt from almost all of Reclamation law, so there are issues when we deal with Reclamation. This complicates our ability to do contracts. We’ve had to get hydropower legislation to allow us to put in hydropower plants. We’ve had to get nonpotable water carriage approved by Congress. We’ve received an authorization for $8.2 million for the rehabilitation of our infrastructure in another hydro bill and a repayment bill. We’ve been able to get five public laws passed. All of this I’ve learned as manager.

Gary Kennedy: The ability to keep things running and to be persistent. I work by myself, so I have to push myself to keep the jobs moving forward, such as the $8.2 million rehab that I mentioned. I also build budgets and have to manage a five-member board. It is a pretty big job for one person.

Irrigation Leader: What is the best way to work with a board of directors?

Gary Kennedy: Be patient. You must understand that board members are volunteers. They often don’t have the time to study issues in depth or understand enough to ask the right questions, and I don’t always know the information they need or would like to have. Having been here 32 years, I’ve experienced board changes, which means personality changes. There were challenges, but that makes us better.

Craig Gyselinck is the manager of the Greater Wenatchee Irrigation District. He can be contacted at craig@gwid.org.