The Upper Republican Natural Resources District (URNRD), located in far southwestern Nebraska, is one of the 23 natural resources districts (NRDs) that handle water quantity and quality services, among many other environmental functions, across the state. In this interview, URNRD General Manager Jasper Fanning tells us about how the district is addressing nitrate contamination, aquifer depletion, toxic blue-green algae, and other local issues.

Jasper Fanning: I came to be the general manager of the URNRD around 2003, when it had a vacancy. My background is in agricultural economics, which is resource allocation and natural resource economics. I have a PhD in economics. Unlike the case with most other NRD managers, being manager was my first role in an NRD. I had never worked for an NRD prior to that.

Irrigation Leader: Please tell us about the URNRD.

Jasper Fanning: All NRDs were formed statutorily in Nebraska in 1972. Essentially, Nebraska legislatively combined a large number of special purpose districts, such as groundwater conservation districts, soil conservation districts, and solid waste districts. It originally formed 24 NRDs, two of which later merged, giving Nebraska a total of 23 today. As its name implies, the URNRD is at the upper end of the Republican basin in Nebraska. It comprises Dundy, Chase, and Perkins Counties, which border Kansas and Colorado.

Irrigation Leader: Which services make up a majority of the URNRD’s work?

Jasper Fanning: Generally, NRDs are involved in water quantity and quality management, flood control, and parks and recreation. Most of our work, due to the resources issues that we face, is in the water quantity area and to some degree in the water quality area. About one-third of our district is irrigated. The district covers about 1.2 million acres total, so about 450,000 acres is irrigated. We have some groundwater decline issues that started with irrigation development in the late 1960s and early 1970s. We allocate groundwater to all the irrigators and commercial water users. More recently, we have put a framework in place to deal with nitrate issues in our district.

Irrigation Leader: What are the main crops grown in your district?

Jasper Fanning: Irrigated corn for cattle feeding and ethanol production is by and large the predominant crop in our district. We grow a lot of dry beans. With crops like that, you can be a pretty big producer with a small number of acres relative to corn. There are also potatoes; wheat; and some irrigated feed crops, such as sorghum, Sudan grass, and alfalfa.

Irrigation Leader: What kind of infrastructure does the district own and operate to carry out water quantity and quality and flood control services?

Jasper Fanning: Most of what we own is in the form of conjunctive management water projects. We have an augmentation wellfield that we can use to supplement stream flow to help the State of Nebraska comply with its obligations under the Republican River Compact, which includes Colorado, Kansas, and Nebraska. That wellfield comprises 10 large wells that can pump water into Rock Creek, which is a tributary of the Republican River near the western edge of our district, just shy of the Colorado border. We’re also a partner in a similar, larger project in Lincoln County, Nebraska, within the Middle Republican and Twin Platte NRDs. That project involves 30 wells that pump water either into the Platte River basin for the Twin Platte NRD or into the Republican basin for the Upper, Middle, and Lower Republican NRDs.

Irrigation Leader: Please tell us about your groundwater decline issues and how you’ve addressed them.

Jasper Fanning: Irrigation development was hitting its peak in the late 1960s and early 1970s. From the mid‑1960s until the mid‑1970s, before the state gave the NRDs the authority to regulate groundwater use and development, the number of wells in our district increased by about 500 percent. In the early 1970s, when the NRDs were being formed, there were already declines in the water table in our part of the High Plains aquifer. In light of those declines, the legislature authorized the NRDs to establish rules and regulations to limit withdrawals. As far as we know, we were the first regulatory agency in the country to require the metering of withdrawals from an aquifer. In 1978, the district began requiring the metering of all irrigation withdrawals. By 1980, roughly 3,400 irrigation wells in the district had meters. The district is believed to be the first in the country to implement an allocation system for regulating the amount of groundwater that could be withdrawn for irrigation. We’ve continued that since 1978, with modifications to the amount that can be pumped. Originally, it was approximately 22 inches per acre per year. Currently, our allocation is down to 13 inches per acre per year. We’ve also imposed minimum distances between wells since the late 1970s, which has acted to restrict development, and in 1997, we imposed a moratorium on new wells. Mitigating declines continues to be a primary issue for the district; declines have been 50–70 percent less than what was predicted to occur without regulation.

Irrigation Leader: Does the URNRD do any groundwater recharge?

Jasper Fanning: A number of recharge projects have been looked at, but there has never been a source of funding. Our district, along with partners like the Central Valley Irrigation District and the Bureau of Reclamation, did a study in the early 1980s of the feasibility of bringing water from the South Platte basin in Colorado or Nebraska down into eastern Colorado, our district, and Enders Reservoir. Oddly, it was the only project in the basin that Reclamation deemed feasible, but it was the only one that it never built. Most of its other projects were basically public works projects that were built for flood control and irrigation in the mid-to late 1950s.

Irrigation Leader: What is the current situation with nitrate issues in your area, and what role does the URNRD have in addressing them?

Jasper Fanning: Other areas in Nebraska have had much higher nitrate levels than what we’ve experienced. In two or three subareas in our district, there are wells with nitrate levels that exceed the 10-parts-per-million drinking water standard. We’re implementing a framework in which producers in those areas have to report the amount of nitrate they apply and go through a process to calculate the amount of nitrogen required for the crops that they’re growing. We’re mirroring a framework that was implemented in other NRDs, such as the Central Platte Natural Resources District (CPNRD). A large part of the effort is an educational one, making sure that the farmers and producers have the best information on nitrates and are aware of the optimal amount for them to use. We are taking an educational approach to help them solve that issue. The groundwater is shallower in the CPNRD’s service area than it is here, making the CPNRD’s nitrate issues easier to deal with, but its nitrate levels were roughly four times those we have seen across our history. The CPNRD has had good success, so we’re starting to implement a model that is similar to the one that it has used successfully. We’re hoping that we can curtail higher nitrate issues in these smaller subareas and prevent them from becoming a more widespread problem in our district.

Irrigation Leader: What problems have been caused in your district by toxic blue-green algae, and what is the NRD’s role in responding to it?

Jasper Fanning: Our primary role is to assist with local water sampling, which we do in cooperation with the Nebraska Department of Energy and Environment. The primary body of water in our district is the Enders Reservoir Reclamation Project. The Nebraska Game and Parks Commission manages recreation there, but we assist with water sampling for the blue-green algae blooms that can occur in the area. Toxic blue-green algae is pretty common throughout Nebraska, and the NRDs assist with public safety measures so that folks are aware when the waters are not safe to recreate in.

Jasper Fanning: There is a long-shot chance that the infrastructure package could be used for groundwater recharge projects like the one Reclamation previously studied. Likewise, a U.S. Army Corps of Engineers study was done on the idea of taking water out of eastern Nebraska or eastern South Dakota along the Missouri River and using it for groundwater recharge in the High Plains aquifer. I know that some groundwater management districts in Kansas and Texas have been looking at those old Army Corps studies to see if there’s any chance of updating or funding those projects. I think a lot of environmental issues would have to be overcome to see one of those projects actually constructed. Some folks in other states think that it’s time to take another look at them due to the water shortages that they’re facing. In northern Texas and southwestern Kansas, entities with some of the same authorities as the NRDs are showing some interest. We don’t have any plans drawn up right now for construction. The primary thing we’re doing is continuing to work with Kansas and our fellow NRDs in Nebraska to maintain and use the projects that we have on the ground, which keep us working well with Colorado and Kansas on the Republican River.

Irrigation Leader: What are the URNRD’s other top issues today?

Jasper Fanning: Our office has received several grants, so we’re modernizing our water quantity management with regulating projects and updating technology to set up the framework for automated meter reading. This allows farmers to get their water usage and allocation reports in near-real time. We are putting some technology out in the field that we can integrate with our weather stations, making the information we collect more useful to the farmers we serve.

Irrigation Leader: Do you have a message for the Nebraska Legislature or for Congress?

Jasper Fanning: I think it’s important that they understand how vital water is, not just to agriculture but to society in general. Funding water projects is a crucial piece of maintaining this part of our state and of the country.

Irrigation Leader: What is your vision for the future of the URNRD?

Jasper Fanning: I think we’ll continue to see more and more pressure on our water resources. I think we’ll see technology adoption continue to progress to meet those challenges. It’s just a matter of adaptive management over time and the implementation of a bunch of small changes that will allow us to manage our water resources in a way that allows us to maximize the agricultural production of the area.

Jasper Fanning is the general manager of the Upper Republican Natural Resources District. He can be contacted at jasperfanning@urnrd.org. 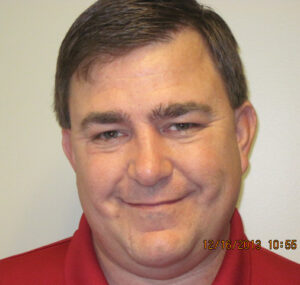