Greenfields Irrigation District (GID), based in Fairfield, Montana, serves 750 customers on more than 130,000 acres of land. With 600 miles of canals, many in locations that are difficult to fully close off from trespassers, canal safety is a serious concern. Recently, GID participated in the Bureau of Reclamation’s Canal Safety Challenge, and its proposal landed it as a finalist in the competition. In this interview, District Manager Erling Juel tells us about GID and its participation in the canal safety competition.

Erling Juel: I worked in the private sector as a geotechnical engineer and was the president and CEO of a large, regional engineering firm before retiring in 2015. As an encore career, I have been working for GID for the last 6 years. It’s been both an honor and a challenge. While I have worked for many irrigation districts in the past as an engineering consultant, managing one is quite different.

Erling Juel: GID is a Reclamation project located in north-central Montana. Our district covers about 133,000 acres, about 83,000 of which are irrigated. We have about 500–600 miles of main canals and laterals, including drains. The district is 100 years old, and our water rights date back to 1905. Our main crops are malting barley for cattle feed and beer. Another big portion of our production is hay and irrigated pasture for livestock production, and we also have a lot of winter wheat. We have 750 individual landowners and water users.

Irrigation Leader: Are there a lot of safety concerns associated with your canals?

Erling Juel: Yes. Our largest canal runs at 1,700 cubic feet per second (cfs). Most of our canals are one-bank contour earthen canals. We also have a good share of concrete ditches. The smallest canals run about 5 cfs.

Our canals are not like those in Arizona and California. Ours are in a more rural and natural setting and have earthen side slopes, making them easier to get in and out of. But because of our mountainous terrain, we have numerous siphons and drops. Our main safety concerns are focused on our siphons, drop structures, pipelines, and tunnels, which are dangerous. A lot of people think it would be fun to raft over a drop structure, but at the terminus of a drop structure is a plunge pool, but people drown in these because the violent nature of energy dissipation prevents them from escaping.

Irrigation Leader: Can these canals be fenced off?

Erling Juel: It is not practical to fence off 500 miles of canals. Also, the majority of our canals are on private ground on which we have an easement. Sometimes, the easements are fenced off because the landowner is trying to keep cows from getting in the canal, but they’re not fenced off from the public. A fence is like signage. People can purposely ignore or circumvent it. The fences are more for cows and horses. If a farm animal falls in, our ditch riders work to get it out safely.

Irrigation Leader: How did you learn about Reclamation’s Canal Safety Challenge competition?

Erling Juel: Since we are a Reclamation project, we get its notices, updates, public announcements, and press releases. This one caught my eye, I read a little deeper, and I thought I could develop a competitive idea. GID has had several people drown in our canals over our 100 years of operation. The last incident was in 2017, when a 40‑year-old woman drowned in one of our canals. We tell people that the canals are not safe and that they need to keep out and respect the dangers of the moving water. But we can’t put up barriers to keep them out.

Reclamation put the notice out last fall, but the competition did not officially get started until January 1, 2021. We started working around December 2020 and submitted a proposal in February 2021.

Irrigation Leader: How did you come up with your idea for the competition?

Erling Juel: Finding possible solutions involves brainstorming about methods that do not work and why. Fencing and signage do not work for animals, and people can simply bypass them. Signage is only good for people who want to obey the rules; if people want to swim in the canal, they’re going to ignore the signs. The challenge was to come up with a solution beyond signage and fencing that could not only prevent drownings but also facilitate rescue and self-egress. The solution ought to allow a person to get themself out of a canal and prevent them from being sucked into one of those dangerous structures. It also ought to be adaptable to many different situations and locations, whether in Montana or Arizona, and ought to be inexpensive and relatively maintenance free.

Erling Juel: GID’s proposed structure consists of a series of inclined, stepped ramps placed in the canal that use the force of the flowing water to lift, push, or otherwise propel people or animals up and out of the water. The individual treads would be pervious to water flow, and the angle of the ramps would facilitate self-egress while avoiding an impinging force. This safety device would be best applied at the entrances to drop structures and siphons that represent a point of no return. The safety device has no moving parts, does not require electricity, and works in all weather conditions.

Irrigation Leader: Did you build a prototype, or was your proposal on paper?

Erling Juel: Presently, it is only a concept on paper. GID’s submittal included drawings as well as a descriptive narrative talking about the device’s adaptability, construction costs, and maintenance.

GID and two other finalists were each awarded a $50,000 prize. We received half of the $50,000 to build a prototype; the second $25,000 is awarded when you produce the prototype at the competition. We are now building a 1:4 scaled prototype for the competition. There is a prize of $100,000 for the winner.

Irrigation Leader: Where are you building your prototype?

Erling Juel: We must build our prototypes independently, on our own turf. Reclamation has indicated that it is up to each team to get its prototype to Denver, Colorado, for the competition, which is scheduled the week before Thanksgiving. We are fortunate to be only about a day’s drive from Denver. The $50,000 prize will pay for materials, fabrication, travel, and lodging. Ultimately, we hope to have a good idea that other irrigation districts and water authorities can adopt and implement in their systems.

Irrigation Leader: Were you aware of anybody else’s submissions before you saw the press release announcing the finalists?

Erling Juel: Each team had to submit a detailed design report and produce a 90‑second video to be posted on YouTube. If you search for the Canal Safety Challenge on YouTube, you can find several 90‑second videos. We did not know who was going to be named a finalist, because it took Reclamation several months to do its ranking and scoring, but the videos gave us a sense what the competition looked like.

Irrigation Leader: Are there any that you think you could use in addition to your own?

Erling Juel: Yes. There are several good concepts that could be implemented at GID, as well as a couple that would not be applicable to our specific operations.

Erling Juel is the district manager of the Greenfields Irrigation District. He can be contacted at erling@gid-mt.com or (406) 467‑2533. 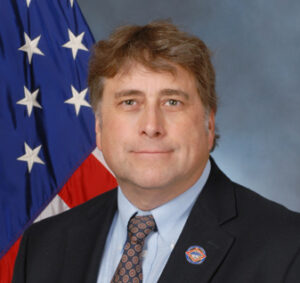