The Eastern Plains Economic Development Corporation (EPEDC) is currently studying the possibility of establishing a new irrigation district, the Fallon Flats Irrigation Project, in eastern Montana. In this interview, EPEDC Executive Director Beth Epley tells us more about the concept and the growth and value it could bring to the region.

Irrigation Leader: Please tell us about the EPEDC.

Beth Epley: The EPEDC serves Carter, Dawson, Fallon, Prairie, and Wibaux Counties in eastern Montana. A lot of what we do deals with infrastructure projects and natural resources, which includes our farmers and how we support them. Our services range from grant writing and administration to small business development, business plan writing, community development, and tourism. We’re trying to be the people with boots on the ground to help get this rural area of eastern Montana access to all the resources that it needs to grow its communities. The EPEDC was founded in 2007 and grew out of the Eastern Plains Resource and Development Council. We have a staff of four.

Irrigation Leader: Tell us about your work on the Fallon Flats Irrigation Project.

Beth Epley: The EPEDC has worked on this project for multiple years, since before I came on as executive director. A survey was done and interest was raised, but the farmers said, “We can’t commit to anything until we have some hard facts and numbers about costs.” It turned out not to be a good time to pursue the project. The project was picked up again when I came on. We decided to get some real numbers by paying for a study so that the farmers could make informed decisions. For the last 2 years, we’ve been working on a preliminary engineering report that looks at the feasibility of this project.

Irrigation Leader: Why is this project important?

Beth Epley: Prairie County is aging. Half the land in the county is owned by either the State of Montana or the federal government, so there is only a small amount of land that can be developed. This project gives local residents the ability to help their community grow. We’re hoping that if we can develop irrigation, we could show that there is a viable future for farmers in Prairie County specifically, and that this is a place where you can come back, raise your family, and be stable. This would also increase the taxable value of the land itself, thus raising money to improve the community.

Irrigation Leader: Would you tell us about the difference in monetary value and yield between dry land and irrigated property in Montana?

Beth Epley: Obviously, there are many factors that go into determining yields and prices, and those will vary significantly from year to year. Statewide, average alfalfa hay yields are about 1.2 tons per acre on dryland and 3.4 tons per acre under irrigation. According to the U.S. Department of Agriculture Land Values Summary, in 2019, Montana irrigated cropland was valued at $3,010 per acre, and nonirrigated land was valued at $835 per acre.

Irrigation Leader: How will this project help the local economy?

Beth Epley: From an economic standpoint, irrigated crops are a lot more stable and usually a lot more valuable than nonirrigated ones. We can’t currently grow significant amounts of corn, sugar beets, and potatoes without irrigation. Growing these higher-value crops would bring a lot of value and income to our communities, the land itself, and the farms and ranches. In Prairie County, there is irrigation, and potatoes are grown. We can see how the Buffalo Rapids Irrigation District and other small irrigation districts have been beneficial to the local economy. Irrigation directly produces economic benefits by increasing the supply and value of some crops and generating jobs and income within the community. This has a ripple effect, with more income to be spent in local stores, more jobs, more families living in the area, and more kids in the school system. In communities the size of Fallon and Terry, a project of this scale would have long-term effects on all areas of the local economy.

Irrigation Leader: How would the Fallon Flats project going forward increase the likelihood of processors coming to the county?

Beth Epley: Montana has been exploring attracting processors for quite a few years. Senator Daines is trying to create some sort of large-scale meat processing facility in eastern Montana, which is great. However, we cannot support the amount of cattle and feedstock that would be necessary for that without increasing our irrigated lands. If the Fallon Flats project were to go through and in turn facilitate the creation of a processing facility or vice versa, it would mean exponential economic growth for the community. A large meat processing facility like the one proposed would bring hundreds of jobs to the region and create value for the long term.

Beth Epley is the executive director of the Eastern Plains Economic Development Corporation. She can be contacted at eepley@epedc.com. 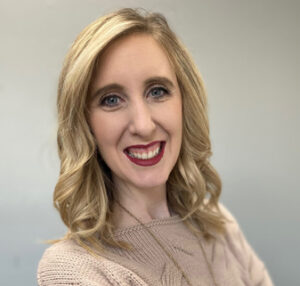