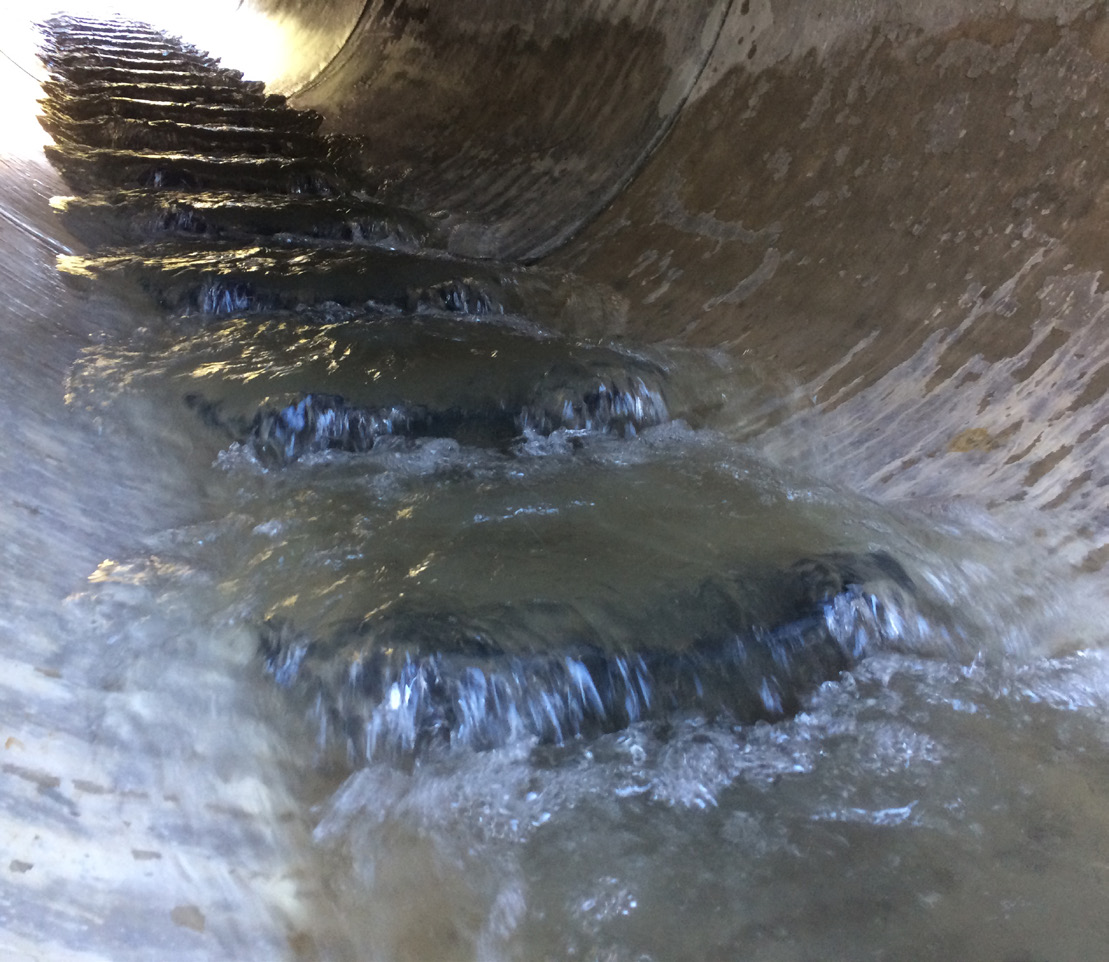 Efforts to improve fish passage in ecosystems like the Yakima River basin typically focus on large dams that block fish in a particularly obvious way. However, thousands of culverts in the small tributaries that feed a river system can block salmon and other fish from their spawning grounds, too. One solution for this problem is the Flexi Baffle, a New Zealand–developed product that allows fish to pass through culverts without reducing the capacity of the culvert.

Kris Polly: Please tell us about your background.

Shane Scott: After college, I worked for a small engineering consulting firm in Port Orchard, Washington, that designed fish hatcheries and fish passage systems and conducted natural resource assessments. When I started working at Tacoma Power in 1994, I worked on utility-related natural resource issues, Federal Energy Regulatory Commission relicensing, and supporting the engineering staff. I also did a short stint at the Washington Department of Fish and Wildlife, where I worked in the director’s office, addressing Columbia River hydro policy issues. In 2003, I moved the family down to Vancouver, Washington, where I worked in a similar capacity for the Public Power Council, which is an association of public utilities that purchase power from the Bonneville Power Administration. In 2006, I started my own natural resource consulting business, S. Scott & Associates. I still work on an advisory basis with the Public Power Council and consult on other natural resource issues for utilities, irrigators, municipal water groups, and other water users. Our work has expanded into marketing, sales, and manufacturing in the last few years.

Shane Scott: A recent Supreme Court case requires the State of Washington to protect salmon habitat. Part of that involves improving fish passage at barriers, including road culverts. Habitat surveys found that there are over 7,000 culverts in Washington State that could present at least a partial barrier to fish passage. Similar surveys all over North America have identified tens of thousands of similar fish passage barriers.

Culverts are typically sized to pass water under roads or driveways. Not a lot of thought is put into their role in fish passage. During high water events, the water velocity through culverts is often so high that it blocks fish from swimming upstream. During low water, there’s not enough water in the culvert for fish to swim upstream. The best way to fix the culvert is to replace it with another adequately sized culvert or a bridge. However, that is often an expensive fix that requires engineering, construction, and permitting, and it takes a couple of years even on a good timeline. There’s just not enough time and money to replace all of them.

Kris Polly: What is the engineering solution to that problem?

Shane Scott: I met a manufacturer in New Zealand who developed a flexible weir that can be installed in a culvert to modify its hydrology to improve fish passage by creating a fish ladder inside the culvert. The flexibility of the weir is important. In the past, solid weirs were installed or retrofitted in culverts and bedrock, sticks, and logs would get caught in these weirs, blocking fish passage and maybe even blocking the water altogether and causing flooding. The Flexi Baffle, on the other hand, is made of a flexible polymer material that folds over in high water and allows water and debris to pass through. When the flow drops, the Flexi Baffle pops back up and forms the pools that create a fish ladder through the culvert. The Flexi Baffle preserves the hydraulic capacity of the culvert and improves habitat connectivity in a watershed, not only for fish but for other aquatic creatures such as amphibians, crustaceans, and insects. It is made of nontoxic materials and doesn’t create any environmentally harmful microplastic byproducts.

Kris Polly: How is the Flexi Baffle physically connected to the culvert?

Shane Scott: There are a couple of different ways to connect the Flexi Baffle to the culvert, depending on its composition. If you have a concrete culvert, you use a sleeve screw to attach the baffle. You predrill a hole, put the sleeve bolt through the baffle, and then set it and tighten the bolts down. For metal, aluminum, or high-density polyethylene plastic culverts, you can use self-tapping screws to install the Flexi Baffle. If your culvert is in poor condition, you can actually mount the Flexi Baffles on a section of pipe, like a three-quarter section of pipe, and then install that in your culvert. You’ll secure that baffle-type assembly to the more competent pipe section above the corrosion line. A good crew can outfit a large culvert in a couple of hours. The installation is really straightforward. Anyone who can use common hand tools can install the Flexi Baffle. Two people can install baffles in a 50-foot culvert in 2 hours.

Kris Polly: How long have you been installing Flexi Baffles?

Shane Scott: I became a licensee to the New Zealand company ATS Environmental for this product in 2019. We already have installations in New York, Oregon, Vermont, and British Columbia. In New Zealand, where Flexi Baffles were developed, ATS Environmental has been installing Flexi Baffles for about 10 years. It has about 1,000 installations, ranging from single baffles in small culverts to multiple-baffle systems in culverts up to a half-mile long. It has used the Flexi Baffle to improve fish passage for a variety of species, including trout, eels, and even freshwater shrimp.

Kris Polly: What is the process for installing a Flexi Baffle?

Shane Scott: The first conversation would be about your conservation goals: What fish species or other aquatic organisms are you trying to conserve? We would collect the information on the physical characteristics of the culvert—its size, gradient, and composition—and develop a recommendation on Flexi Baffle size and spacing. Improving fish passage in a 50-foot culvert with the Flexi Baffle, depending on the size and gradient, would cost between $1,000 and $3,000. For labor, we estimate a team of two could install these Flexi Baffles in under 2 hours.