Bob Wietharn is the inventor and manufacturer of the Riverscreen, an innovative floating screen that can pump and filter out debris from running water as shallow as 4 inches. In August 2019, Mr. Wietharn traveled to Russia and Ukraine, where he visited Riverscreen customers and dealers and visited a number of farms. In this interview, Mr. Wietharn shares with Irrigation Leader his impressions of Russia and Ukraine, including details about farming, irrigation, and equipment.

Irrigation Leader: How long was your trip to Russia and Ukraine?

Bob Wietharn: We were in Russia for 9 days and in Ukraine for 5. We went over to see two of our dealers, one in Russia and one in Ukraine. They took us to meet with their customers.

Irrigation Leader: How many countries have you sold your screens to?

Bob Wietharn: More than 40—and it all started in Clay Center, Kansas, in 1998. When most people come out here, they shake their heads and can’t believe that it all happens in this little building.

Irrigation Leader: Please tell us about your impressions of Russia and Ukraine. What did you see over there?

Bob Wietharn: We left on August 14, 2019, and flew into Moscow. Then we drove down to visit a large farm in the Tula area, which covered 375,000 hectares (926,645 acres). That farm had ordered one Riverscreen, tried it, and then ordered 36 more in a single shipment. At the time we visited, all the screens were stored inside a locked shed, because their growing season was over. In that region, their biggest concern is theft. If they leave anything out without a guard, it’s taken. We were driven around the farm in an old, beat-up truck. Off the main road, the roads were horrendous, with terrible potholes. We visited sites that pumped out of the river and out of ponds off the river. They were growing carrots and cabbage. All that produce is sold in Moscow. I was amazed by the deep black soil and the erosion that the operators of the farm were causing. Their farming practices reminded me of things we did 30 years ago in my farm operation, when people weren’t aware of the danger of erosion. In terms of equipment, however, they had modern pivots, pumps, and engines—and of course, they were using Riverscreens.

Bob Wietharn: The people were friendly and clean cut. Moscow was a well-kept city. Its subway system is clean and filled with artwork, and it transports 6 million people a day. It was impressive.

Irrigation Leader: What kind of crops do they grow over there?

Bob Wietharn: We saw carrots, cabbage, and potatoes. The farm we visited near Tula decided to get into the potato industry. In spring 2019, it started constructing a 5‑acre processing facility and then planted 60,000 hectares (148,263 acres) of potatoes. Most of those potatoes were going into Moscow.

Irrigation Leader: What kinds of irrigation did you see?

Irrigation Leader: Did they pump from canals?

Bob Wietharn: The first farm had tiny, shallow streams, the kind that the Riverscreen is about the only product that can be used to pump from.

We then visited one of the largest farms south of Moscow and another northeast of Moscow. The latter was more like what you would see in the Midwest—a farm of several thousand acres farmed by locals. There were a lot of little streams and rivers, and rolling, deep, black soil that reminded me of Iowa. There was not as much erosion. You could tell the difference between a corporate farm and a private farm. At the private farms, everything was immaculate.

Irrigation Leader: Do they use modern equipment?

Bob Wietharn: At the large farm I mentioned, you could tell that the operator wasn’t the owner. The operators used dated equipment—whatever got the job done. At the privately owned farm, they had modern equipment and wanted to order more. They used tractors of the sort I would see at home. In fact, the farmer there wanted to order a U.S. John Deere, because the John Deeres that are sold in Russia now are produced in China. The Chinese-produced John Deere was just a Chinese tractor painted green with a John Deere emblem on it. He wanted me to get him a used tractor—he named a specific model—but due to the laws and regulations on trade between the United States and Russia, I’ve found it to be impossible. It was the same with the vehicles. On the large farm, they used old-fashioned cars and trucks. On the privately owned farm, they had cars like those you would see in the United States.

Irrigation Leader: What other differences did you note between the United States and Russia?

Bob Wietharn: In comparison to what I saw in Russia, rural America is rich. In the United States, a rural town has blacktop streets, post offices, grocery stores, and all the necessities, while big cities have problems like homelessness. In Russia and Ukraine, the situation was almost the opposite: The wealth is in the cities and the poor are in the country.

Irrigation Leader: How was Ukraine different from Russia?

Bob Wietharn: Ukraine was totally different on the irrigation side. Russia’s got a lot of water in its streams, rivers, ponds, and lakes. Ukraine is the opposite. It doesn’t have any groundwater, and it doesn’t have a lot of surface water. We toured farms in the Odessa area, which is along the Black Sea. All the fields were 1,000 hectares (2,471 acres) in size and were perfectly flat with black soil. It rains in the winter, but not as much in the summer. The soils are deep. In the place where I was, there was a canal system that had been built under the Soviet Union and that ended in Crimea. Without this canal system, Crimea has no water. Well, as we all know, Russia took over Crimea, and after it did, Ukraine shut the water off. Crimea does not have any water right now. Only about 60 percent of that canal system is being used today.

to do with land ownership. After Ukraine became independent in 1991, the Ukrainian government distributed the land that had previously been owned by collective farms to collective farm workers, with the result that about 7 million people received plots of 2–3 hectares (5–7½ acres). Several million other rural residents were granted ownership of small plots of land previously owned by the central or local governments. However, in 2001, the Ukrainian parliament instated a moratorium on the sale of private agricultural land, which is still in force. As a result, the owners of these small plots cannot sell them, and they instead rent them out to farmers on short-term contracts. Because the people who farm those plots do not own them, they can’t make long-term investments. If the laws on land ownership were to change, I think there would be a lot of investment in that land. There is huge potential for production. Another difference is that genetically modified crops and Roundup are not allowed. 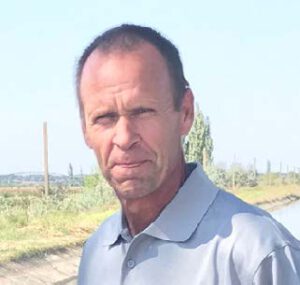 Bob Wietharn is the president of Riverscreen. He can be contacted at bob@riverscreen.com

Speaker Rusty Bowers on Prospects for Water Management in Arizona

Senator Jon Kyl on Arizona’s Response to Its Water Challenges, Past and Future