Isotrope LLC is a radio engineering and broadcast communications firm based in Medfield, Massachusetts. Isotrope’s CEO David Maxson recently took park in the Bureau of Reclamation’s Canal Safety Challenge. Mr. Maxson’s proposal earned him a position as a finalist in the competition. In this interview, Mr. Maxson tells us about his interest in canal safety and how he came up with his concept.

David Maxson: My office and home are in Medfield, Massachusetts. My company, Isotrope LLC, does radiocommunications and engineering work. We are involved in broadcasting and wireless facilities, we design radio networks, and we build radio towers. We also consult with government entities that are reviewing telecom projects.

I have an affinity for water. I’ve spent many happy hours on the British canals as a vacationer. Those canals are not irrigation canals; they’re 19th-century transport canals that have been resurrected for recreational use and operation. They’re small in scale, so people can operate the locks themselves. Safety is the key to enjoying them. I’m also a former scuba instructor. With that background, when I found out about the canal safety program, I had to take part.

Irrigation Leader: Prior to hearing about the program, did you have an interest in canal safety?

David Maxson: I did know generally about the issue of canal safety. One of the things we’re trained in as scuba instructors is rescue. We learn to deal with currents and people in trouble. Over the years, I’ve seen my share of tragedies resulting from people caught in floodwaters, drainage canals, or irrigation canals. With irrigation canals, there are situations in which a person is able to stay afloat, but there’s nothing they can grab onto to get out of the flow. My own canal rescue experience is limited to an unlucky lamb. We were in Stratford‑upon‑Avon, England, and noticed the lamb trying to escape the canal we were cruising. I maneuvered our boat over to the bank. My wife and daughter jumped onto to the bank, which was retained by vertical sheet pilings no sheep or human could escape. They hauled the poor sheep out of the water and watched it amble away.

When I saw the challenge, I started thinking about this aspect of canal safety and rummaging around for ideas on the internet. There are trash traps used on creeks, and after finding a video of trash trap operation and reading up on it, I thought that we might be able to modify this concept to capture humans and other creatures in canals. I enlisted the aid of a friend and colleague I have worked with over the years, Jim Fitzgerald. He is a professional engineer who started his career doing contract work for the Navy and has experience with water infrastructure. He and I did a little brainstorming. It turns out that in addition to being a professional engineer, he has a lot of experience in whitewater rafting and kayaking and was trained in swift water rescue. We expanded my concept, put together a proposal, and submitted it. To our great surprise, we were named one of the three finalists.

Irrigation Leader: Would you describe your concept and how it functions?

David Maxson: The Canal Safety Challenge application included a request for a 25‑word description. We described it this way: “The canal contains a partially submerged grate that lets victims walk, crawl, or be rescued from the current, like a virtual beach.” We are calling it the Rescue Deck.

Irrigation Leader: You will now use the finalist reward money of $50,000 to build a prototype of your concept, correct?

David Maxson: Yes. We have to do some assessment of the engineering requirements of building the prototype. There are several competing interests in the design. First, we do not want to obstruct the flow of the canal too much; second, the device needs to work well enough to aid in the self-rescue of victims; third, it needs to be cost effective. We have to balance those factors and come up with a design that we can fabricate and bring to the challenge in November.

Irrigation Leader: Will you build your prototype at home and then take it to Denver?

David Maxson: Yes. We have already had some computer modeling done and have put in many hours in the shop getting the design just right. We’ll deliver our prototype to Lakewood, where Reclamation has its test facility. The test facility is setting up a one-sixth-scale model of a canal, so our prototype will be built to that scale.

Irrigation Leader: What is your vision for the future, whether you win or lose?

David Maxson: Whether we win or lose the final competition, all three competitors have ideas that can contribute to canal safety. Whether or not we win, we may still have developed something to the point at which it can be put to use. We don’t have to win in order to succeed. 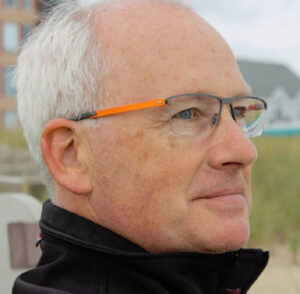