The Tehama-Colusa Canal Authority (TCCA), headquartered in Willows, California, is a joint powers authority (JPA) made up of 17 Central Valley Project (CVP) water contractors. The TCCA provides irrigation water to farmers throughout four counties along the west side of the Sacramento Valley, serving 150,000 acres growing a variety of permanent and annual crops. The TCCA is one of nine regional entities represented on the Sites JPA, which is supporting the construction of the proposed 1.5‑million-acre-foot Sites Reservoir. In this interview, TCCA General Manager Jeff Sutton tells Irrigation Leader about his agency and gives us an update on the progress of the Sites Reservoir Project.

Jeff Sutton: I grew up right in the middle of the TCCA service area, in the small, rural town of Maxwell, California, which has a population of about 800. My great-great-grandfather and his brother, two pioneers from Missouri, headed west in 1870 to homestead the two original sections of our family ranch. My family has been here for a long time and has always understood the importance of irrigated agriculture in the arid West. My great-great-grandfather chaired the meeting and signed the document that created the organization that became the Glenn-Colusa Irrigation District (GCID), one of the oldest and largest water right holders and irrigation systems in California. My great-grandfather represented our region as a California state senator for over 20 years and chaired the California Senate Agriculture and Water Committee for a significant portion of his tenure. Also, my father served on the GCID board of directors for 25 years. As you can tell, water is in my blood.

I grew up around agriculture, working on the family farm. After high school, I attended college at the University of California, Berkeley, where I studied economics, and then attended the University of San Diego School of Law in pursuit of my JD. I worked for two separate law firms early in my career, with my practice’s primary focus on water law and business and real estate litigation. I also served as the executive director of the Family Water Alliance, a Northern California nonprofit organization focused on the protection and preservation and water and property rights. For the last 14 years, I have had the good fortune to work for the agencies and growers that are served by the TCCA as its general manager.

Irrigation Leader: Please tell us about the TCCA and its services.

Jeff Sutton: The TCCA was established in 1987 by the 17 CVP water contractors it serves. Each of those contractors appoints a member to the TCCA board of directors, which governs the activities and policies of the agency. The TCCA was formed for the primary purpose of assuming responsibility for the administration, operation, and maintenance of the Sacramento Canals Unit of the CVP, which it did via a transfer agreement with the Bureau of Reclamation.

With a staff of 17, the TCCA operates and maintains a 130‑mile-long dual canal water irrigation system, made up of the 110‑mile, concrete-lined Tehama-Colusa Canal and the 20‑mile, earthen Corning Canal; the Red Bluff Fish Passage Improvement Project, which includes a state-of-the-art, quarter-mile-long flat-plate fish screen and a 2,000 cubic-foot-per-second (cfs) pumping plant diversion facility on the Upper Sacramento River; Funks Dam and Reservoir; and associated water infrastructure. We also serve water to the GCID, a senior water right holder and Sacramento River Settlement contractor, as part of a wildlife refuge water supply conveyance program.

Irrigation Leader: What are the primary methods of irrigation in your service area?

Jeff Sutton: Over the past 25 years, increasing regulatory pressure has steadily eroded the water supply reliability of the CVP. As such, water allocations have become increasingly variable, and our water supply has become increasingly expensive. This dynamic has increased our focus on water use efficiency and conservation. Today, our growers predominantly use ultraefficient drip, buried drip, and microsprinkler irrigation systems, and many use soil sensors to optimize their irrigation patterns. Almost all the water served by the TCCA is conveyed through canal turnouts into our water districts’ closed-pipe systems and is then delivered directly to and metered at the farm gate. We serve irrigation water to approximately 1,500 family farms, which irrigate 150,000 acres of land. We provide approximately 314,000 acre-feet of total annual contract supply when we receive a full water allocation from Reclamation. In times of prolonged drought and significantly reduced allocations, such as 2014–2015 or 2021—this year, our water districts have received a zero percent allocation—we see the significant fallowing of annual crops, increased groundwater use, and water transfers to sustain permanent crop plantings. Our primary crops are almonds, grapes, olives, pistachios, tomatoes, walnuts, and a variety of other row crops.

Irrigation Leader: Please tell us about the TCCA’s involvement in the Sites Reservoir Project.

Jeff Sutton: In 2010, in an effort to provide local and regional leadership to develop and implement the Sites Reservoir Project, the TCCA, along with four other water agencies (the GCID, Reclamation District 108, Maxwell Irrigation District, and Yolo County Flood Control & Water Conservation District) and Colusa and Glenn Counties, where the reservoir will be located, formed the Sites JPA. Today, the Sites JPA has grown to include 9 member agencies within the region and 21 investor water agencies from throughout the state of California, including agencies from Northern California, the Sacramento region, the Bay Area, Silicon Valley, the San Joaquin Valley, and Southern California. The California Department of Water Resources and Reclamation also participate as ex officio members of the Sites JPA. All the participating water agencies have recognized the critical importance of increasing water storage and diversifying water portfolios, particularly after experiencing significant challenges during the statewide droughts of 2010–2016 and 2020–2021.

The Sites Reservoir is a proposed off-stream reservoir located about 9 miles west of my hometown, Maxwell. It would divert water from the Sacramento River during wet periods, store it, and use it during times of drought. The idea has been studied since the 1950s. Once completed, it would add 1.5 million acre-feet of new water storage in our state, which would make it the seventh-largest reservoir in California. The Sites Project would use existing water conveyance infrastructure, namely the Tehama-Colusa Canal and the Glenn-Colusa Canal, to fill the reservoir and deliver water back to the Sacramento River. The Sites location was chosen for this reason and because of its benign environmental footprint. As an off-stream reservoir, it will not harm or dam any rivers or fishery resources. Moreover, due to its prime location in the middle of the Sacramento River watershed, downstream of Shasta Reservoir and upstream of the Bay Delta, its operations can be integrated with the operations of both the CVP and the State Water Project. This important feature would significantly enhance the operational flexibility of California’s vast water management system while providing significant environmental and fishery benefits.

The Sites Project fits squarely within the policy of investing in desperately needed new water storage, which was promulgated by the California State Legislature and overwhelmingly supported by state voters in 2014 with the passage of Proposition 1. Proposition 1 authorized a $7.1 billion water bond that included $2.7 billion for enumerated statewide environmental benefits associated with new storage projects. Through a competitive process overseen by the California Water Commission, the Sites Project was awarded $836 million in funding within these statutorily approved categories, the most of any project in the state. This funding will go toward environmental water, regional flood control, and recreational benefits. Because of its location and its ability to provide integrated operational flexibility, Sites has the potential to provide myriad environmental benefits, including improved temperature control management on the upper Sacramento River for salmon, increased flood plain connectivity for juvenile salmon rearing, an increase in the fishery food supply, improved habitat conditions in the Bay Delta, and an augmentation of the refuge water supply. Significant federal funding has also been dedicated to the Sites Reservoir Project pursuant to the water storage provisions of the Water Infrastructure Improvements for the Nation Act, which was enacted in 2016.

Irrigation Leader: Have there been modifications to the project as it has moved forward?

Jeff Sutton: The Sites JPA recently conducted an intense evaluation and review of the proposed project, resulting in significant changes that we feel greatly improved its environmental and economic feasibility. This effort was undertaken in response to comments and concerns received during the initial circulation of our environmental documents. We also received input as a result of our outreach efforts to local, state, and federal agencies; environmental organizations; community interests; and project participants. The major changes that came out of this effort include operational adjustments in the pattern, amount, and timing of diversions to address environmental considerations; changes in operations to optimize environmental, water supply, and systemwide operational flexibility benefits; a reduction in the size of the reservoir from 1.8 to 1.5 million acre-feet to reduce the reservoir’s footprint and right-size it based on economic factors and the operational adjustments; the elimination of the planned Delevan pipeline in favor of relying on existing canals and infrastructure for diversions and return flows; and the elimination of hydropower generation from the project as currently configured.

Irrigation Leader: So there will not be a hydropower component to the Sites Project?

Jeff Sutton: Initially, a pumped storage hydropower generation component was contemplated as part of the project. This would allow the reservoir to serve as a battery, working in conjunction with green energy generated by solar and wind power. However, in light of the fact that pumped storage is still in the maturation stage as an industry concept, and due to the performance timeline prescribed by Proposition 1, the Sites JPA has made the determination to focus solely on the water supply component of the project for the time being. However, the potential certainly exists to explore opportunities for pumped storage hydropower generation at this site in the future.

Irrigation Leader: How big are the canals that would supply the reservoir?

Jeff Sutton: The Tehama-Colusa Canal is capable of diverting and conveying 2,500 cfs from the Sacramento River and contemplates delivering up to 2,100 cfs via gravity flow to Sites Reservoir, which will be located about 70 miles to the south of our diversion works. Also, we have the ability to dedicate 1,000 cfs of capacity near the terminus of our canal at most times of the year to release water back into the Sacramento River for water supply or environmental purposes. The Glenn-Colusa Canal can serve 1,800 cfs to Sites Reservoir. Combined, the two canals can fill Sites Reservoir at a rate of almost 4,000 cfs, which amounts to approximately 8,000 acre-feet per day.

Irrigation Leader: How would you characterize the status of the project right now?

Jeff Sutton: Right now, our focus is on the preparation and recirculation of the EIS/EIR; the finalization of the feasibility studies required by Proposition 1 and the federal process; the completion of the process of operational optimization and integration with our local, state, and federal partners; and the procuring of the necessary state and federal permits. The goal is to have most of these items completed or well underway over the next 2 years. Then, we will work on the permitting and finalization of the project engineering, with a desired construction start date of 2024. The ultimate goal is to have the Sites Reservoir constructed and operational by 2030.

Jeff Sutton: It is my unmitigated opinion that Sites Reservoir is a project whose time has come and that its completion is critical to the future of water management in our arid state. Sites Reservoir is a 21st-century solution to California’s water supply reliability challenges that will provide statewide benefits to our environment, our cities, and our farms.

Jeff Sutton is the general manager of the Tehama-Colusa Canal Authority. He can be contacted at jsutton@tccanal.com or (530) 934‑2125. 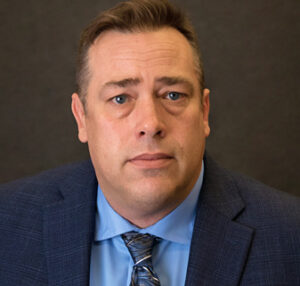