Protecting people and property, including ag lands, from flooding is a priority for the Central Platte Natural Resources District (CPNRD), one of Nebraska’s 23 natural resources districts (NRDs). In the alluvium along the Platte River, the district has 40 dams as well as levees and detention cells. In this interview, Assistant Manager Jesse Mintken tells Irrigation Leader about the district’s completed and current projects, including flood prevention plans funded by grants from the Natural Resources Conservation Service (NRCS) Watershed and Flood Prevention Operations (WFPO) program.

Jesse Mintken: I have a bachelor’s degree in environmental biology with a minor in geology. I started at the Upper Niobrara White NRD as a resource technician 16 years ago. I came to the CPNRD in 2007. A few years later, I had the opportunity to become the GIS coordinator, and I became the assistant manager 8 years ago.

Irrigation Leader: Please tell us about the CPNRD and the services it provides.

Jesse Mintken: The CPNRD is headquartered in the city of Grand Island in central Nebraska. We are at the heart of the Platte River, above the confluence of the Loup and Platte Rivers. The district has a little over 1 million irrigated acres and 1 million dryland acres. Our NRD does a lot of work on groundwater quality and quantity. Our quality program mainly deals with nitrates in the groundwater. We are unusual in having limited groundwater declines: Due to the fact that between rainfall and the Platte River system, we get enough recharge to offset our groundwater pumping on an annual basis. We have flood-risk-reduction projects that benefit not only local communities but ag land as well. We have approximately 40 dams across our district for flood protection and also have levees and detention cells spanning our district. We are currently working on a couple of grants that may lead to more similar projects.

Irrigation Leader: Would you tell me a little bit about the district’s vulnerability to floods?

Jesse Mintken: In 1967, a major flood affected Hall County and Grand Island. The damage in the northwestern part of the city was extensive, and a tremendous amount of ag land was inundated. Since the founding of the NRDs in 1972, flooding has been one of the biggest issues this district has focused on. That flood was the inspiration to sit down with the counties and municipalities to figure out the best way to help them with flooding problems. For 40 years, we did a lot of clearing in tributaries and streams—cutting trees off at the ground and spraying them and removing deadfall and snags in the creek bottoms. This practice doesn’t prevent flooding, but it does allow water to move through the system more quickly. Over those 40 years, we also built several dams for flood-risk reduction. All the district-owned flood-risk-reduction dams are in the upland areas of our district, but the majority of the population is along the Platte River, which is relatively flat. That is where diversions and levees are more appropriate.

Irrigation Leader: Would you tell us about the WFPO program?

Jesse Mintken: We are currently in phase 1 of the WFPO program, which determines whether there is an economically feasible project that can be done and is 100 percent funded by NRCS. This phase determines whether the project has flood-risk-reduction potential that would benefit agriculture in addition to municipalities. If the preliminary design is approved, then we will be eligible to apply for the second round of funding. In phase 2, the preferred alternatives from the first round move forward to a 90 percent design—basically, a project that is shovel ready. By the time phase 2 is completed, you’re 4 years into the process. If your proposal is approved, you move to phase 3, the construction stage. NRCS assistance varies depending on the type and size of the project and its economic benefit but can fund up to 100 percent of construction costs, not including land rights. For construction costs over $25 million, NRCS needs to get congressional approval.

Irrigation Leader: What grants are you considering under phase 1 of that process?

With the Lower Wood River and Spring and Buffalo Creeks projects, we are now at the stage of evaluating some of the alternatives that our consultants came up with. Those alternatives include constructing levees and diversions. There wasn’t a lot of public participation at the beginning due to the COVID‑19 lockdown, but we now have an opportunity to sit down with the public and discuss the alternatives that we’re looking at. We need to see if the alternatives make sense and if we’re capturing everything that we’re seeing in the modeling. The next step is completing wetland delineations and cultural resource surveys.

Irrigation Leader: If building a structure like a levee is unfeasible or unpopular, what would some of the alternatives be? Are there noninfrastructure alternatives?

Jesse Mintken: If what we’re currently looking at doesn’t have public backing, we can make modifications. Right now, what we’re proposing is 100‑year flood protection. If that isn’t economically feasible or doesn’t have public support, we could look at something that provides a 25‑year benefit. Nonstructural alternatives will also be considered. It’s possible that the best alternative we can come up with is an old-school snagging-and-clearing project.

Irrigation Leader: Is the CPNRD doing any other related work?

Jesse Mintken: Along with the dams, the district has built several levees and detention cells over the years. Two of those projects involved flood plain remapping and resulted in the avoidance of major flooding damages. In 2019, we finished the Upper Prairie Silver Moores flood risk reduction project. It consists of 4 dams, 600 acres of detention cells, and a mile and a half of levee. Shortly after the project was completed, the March storms hit Nebraska. This project prevented $47 million in damages during that event. In 2004, we finished our Wood River diversion project, which runs through the southern half of Grand Island. As soon as that project was completed, we had a 7‑inch overnight rain, and that project prevented $23 million in damages. We have similar but smaller projects in nearby Kearney and Central City.

Irrigation Leader: What is your vision for the future of the district?

Jesse Mintken: My vision for the district is to continue establishing partnerships that help further the NRD’s goals of protecting lives, protecting property, and protecting the future. I want to open the doors to the public and to try to make people aware of what NRDs are capable of, especially in terms of education, flood protection, and water quality.

Jesse Mintken is the assistant manager of the Central Platte Natural Resources District. He can be contacted at mintken@cpnrd.org. 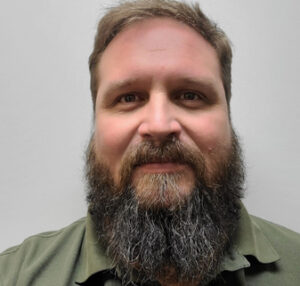 Congressman Dan Newhouse: An Advocate for Irrigated Agriculture in Central Washington and Beyond