Since 1893, the Nebraska State Irrigation Association (NSIA) has represented the interests of the state’s farmers and water districts. In this interview, Executive Director Lee Orton talks with us about the association’s current agenda, which includes trying to channel federal dollars to rehabilitate the state’s aging water and irrigation infrastructure.

Lee Orton: I have spent more than 40 years in the practice of environmental law, administrative law, association management, and legislative matters. For the last several decades, I have concentrated on water issues. I have been with the NSIA for more than 20 years in one capacity or another, and I also represent other water-related organizations in the state of Nebraska.

Irrigation Leader: Please tell us about the NSIA.

Lee Orton: The NSIA is the oldest water organization in Nebraska, established in 1893. When the association was first created, the state only had several thousand acres in irrigated production. Most irrigation consisted of the simple diversion of surface water into the fields and farms, mostly in the western part of the state. Now, Nebraska has more than 9 million acres of irrigated land, and the majority of that is irrigated with groundwater from the High Plains aquifer. A little over a million of those acres are irrigated with surface water. The majority of irrigation projects are in the Panhandle, west of Lake McConaughey, which is near Ogallala.

Many of the state’s irrigation projects—from dams and reservoirs to canals and laterals—are more than 100 years old, and they need upgrading and redevelopment. For the last decade or so, that’s something that we have been trying to concentrate on, looking at federal project funding, which is significantly limited compared to what it used to be. The Bureau of Reclamation frequently isn’t even able to help us with the maintenance of its own projects because funding at the federal level has been difficult, so much of this infrastructure renovation activity has had to occur at the state and local levels.

Irrigation Leader: Is the NSIA a member-based organization?

Lee Orton: Yes. Our programs and projects are largely supported by various irrigation activities in the state, mainly irrigation project operations. Several other organizations that work with irrigation and individual irrigators contribute as well. The NSIA is the principal sponsor of the Water Leaders Academy, which gets significant funding from the Nebraska Environmental Trust’s grant program. The academy is a year-long program that trains new leaders for water management in Nebraska. We’ve graduated about 150 water leaders so far.

Irrigation Leader: Besides running that academy, is your main activity advocacy for your members?

Lee Orton: Yes. We are actively involved in the legislative representation of irrigation needs and irrigation activities in Nebraska. Our principal role is to make sure the legislators know and understand the importance of irrigation, including

the importance of the contribution of surface water irrigation, even though it’s a relatively small percentage of the total. We also hold educational conferences, workshops, and meetings for our members. We have also cosponsored insurance programs and provided other services.

Irrigation Leader: Is the majority of your advocacy oriented toward the state legislature?

Lee Orton: I wouldn’t say it’s the majority, but it’s certainly a significant part of our activity.

Irrigation Leader: What are the other top issues of your members today?

Lee Orton: The need for upgrades to facilities is probably the number 1 issue. Over the last 2 years, we have been involved in an interim study being carried out by the Nebraska Legislature’s Natural Resources Committee. Three-quarters of the irrigation district organizations that responded needed rehabilitation projects that will cost hundreds of thousands, if not millions, of dollars. That critical need was demonstrated a couple of years ago, when there was a tunnel collapse in a Reclamation project out in the Nebraska Panhandle. The tunnel had been installed prior to the turn of the century. The district is still working on what I’ll call an interim solution. There are other districts that have projects that are more than 100 years old and need some attention. That’s where we’ve concentrated our efforts. We have been working closely with the state appropriations committee and with the governor’s office to try to direct some of the federal funds that may be coming down the system toward infrastructure rehabilitation. That will be an extended effort on our part—to try to educate the decisionmakers, but to work with other organizations to make sure they get what they need as well.

Irrigation Leader: What are the next steps for the interim survey?

Lee Orton: The districts that responded to the survey need to continue moving forward to identify project needs and develop budgets. When funds become available, we need shovel-ready projects that can move forward and be completed within the required timeline. I’m sure that when that process is finished, critical needs will remain. We’re going to need to continue to work with the legislature and others to find funding for those projects. We are going to always be looking for other ways and means to generate revenue to support what needs to be done.

Irrigation Leader: What is your vision for the NSIA and for irrigated agriculture in Nebraska in general?

Lee Orton: Agricultural production and irrigation are the economic backbone of this state. As I said earlier, Nebraska has more than 9 million acres of irrigated land, and agriculture would not be successful without irrigation. Water supplies in this part of the world, even when they’re good, are still limited. We have extremes in weather, like everybody on the Great Plains, so we need to supplement that irrigation capability. There is a recognition in Nebraska of the importance of water and water supply. There are a lot of things that need to be done to keep water as a priority. We continue to develop future leaders and to move Nebraska forward as a leader in water management.

Lee Orton is the executive director of the Nebraska State Irrigation Association. He can be contacted at lee@h2oboy.net. 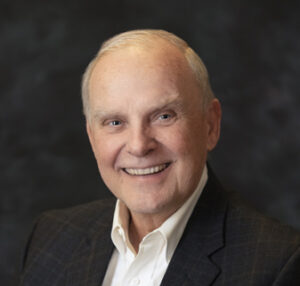