The Middle Republican Natural Resource District (MRNRD) is one of Nebraska’s 23 natural resources districts (NRDs)—local, watershed-based agencies that handle a wide variety of environmental issues across the state, including groundwater quantity and quality, soil erosion, and flood prevention. In a district in which the largest source of water is groundwater—with an estimated 77 million acre-feet of water stored beneath the land surface—one of the MRNRD’s main focuses is groundwater management. To further this goal, it is using a WaterSMART grant from the Bureau of Reclamation to put updated telemetry meters on all its wells. The end goal is to provide all its farmers with real-time information on their water use, soil moisture, and other metrics. It is also developing a web-based dashboard and phone app that will provide effective tools for farmers. In this interview, MRNRD General Manager Jack Russell and Assistant Manager Sylvia Johnson tell us how this new technology will help farmers make their water use efficient and sustainable.

Irrigation Leader: Please tell us about your backgrounds and how long you’ve been with the MRNRD.

Jack Russell: I’ve been with the MRNRD for 9 years. I grew up on the Republican River, about 100 miles east of here. I spent some time working with the Natural Resources Conservation Service in other states and had the opportunity to come back to Nebraska.

Sylvia Johnson: I was born and raised in Alma, Nebraska, on a farm and ranch, and my husband and I farm and ranch today as well. I am the assistant manager of the MRNRD. I’ve been here for 13 years.

Irrigation Leader: Please tell us about the MRNRD.

Jack Russell: The MRNRD is one of four NRDs in Nebraska’s Republican River basin. We cover a little more than four counties and have about 295,000 acres of irrigated land. Half our district is cropland, about 12 percent of which is irrigated. The other half is range and pasture. The largest source of water in the district by far is groundwater, most of it from the Ogallala aquifer.

Irrigation Leader: Tell us about your top issues.

Jack Russell: Our biggest concern is irrigation water management. In 1998, a lawsuit was filed related to the Republican River Compact between Colorado, Kansas, and Nebraska, and after the Supreme Court ruled on the matter in 2002, one of the final settlement stipulations was for the NRDs in the Republican River basin to put meters on all irrigation wells. Since that settlement, we have had to make sure that all the NRDs in the Republican basin meet the compact’s rules and get Kansas the water it is entitled to. That and water conservation are the MRNRD’s highest priorities.

Jack Russell: When I came here 9 years ago, the district was just finishing up the Nebraska Cooperative Republican Platte Enhancement Project, which aimed to augment stream flows in the Republican and Platte Rivers to help meet the terms of the compact. Beyond that, my goal is to make irrigation in our district more efficient.

Irrigation Leader: What specific actions have you taken toward that end?

Sylvia Johnson: First, we hired a hydrologist engineer to build groundwater models for us. He studied the land, watershed by watershed, and created models using 40‑acre cells. We have done many recharge projects with surface water canals in the district to help build our knowledge and understanding of the connections between surface water and groundwater. Most recently, we’ve conducted aerial electromagnetic (AEM) surveys using a helicopter to gather data for groundwater modeling. Once those models are complete, we can use them to provide solutions for farmers. We have also started putting new telemetry meters on customers’ irrigation wells that will provide them with real-time data for irrigation management.

Jack Russell: About 4 or 5 years ago, the MRNRD initiated a high-tech irrigation project. We put telemetry on existing meters and also installed telemetry-equipped soil moisture probes. These initial high-tech irrigation systems measure how much water is being applied, rainfall, pressure, and soil moisture. They transmit all this information via telemetry to a server that is accessible to both the producers and the MRNRD. These meters allow us to monitor and certify how much irrigation water is being used. The producers can see in real time how rainfall affects their soil moisture and whether more water is needed.

We have found that this system reduced the water use of participating growers by 10 percent. When you consider that the MRNRD uses about 245,000 acre-feet of water each year for irrigation, 10 percent is quite a lot, not just for the compact but for landowners. It wasn’t realistic to install high-tech irrigation systems with soil moisture probes on all 2,600 wells in our district, so we focused on installing just the telemetry meters, which is half of the high-tech system. So far, we’ve installed telemetry flow meters on about 1,500 of those wells. We found with our high-tech systems that some of the original meters did not meet specifications or were malfunctioning, so we made the decision to replace them with new McCrometer FlowConnect meters, which can automatically collect and transmit flow data from the meters to our in-house servers, providing accurate and reliable information for water resource management.

To fund this work, we’ve obtained grants from Reclamation’s WaterSMART program and the Nebraska Department of Natural Resources’ Water Sustainability Fund, and we’re applying for more. We have also established 10 weather stations across the district. We’re finding, particularly this year, that the rain comes in strips. One location might get an inch of rain while a location a quarter mile away gets nothing. The more weather stations we get out there, the more tools we can give farmers.

Irrigation Leader: Do you plan to provide more of your producers with real-time information that they can access through a phone app?

Sylvia Johnson: JEO Consulting Group in Lincoln, Nebraska, is designing us a web-based dashboard and phone app. We’re in the preliminary stages of development. Initially, growers will be able to use it to check their real-time water usage through their telemetry meters, soil moisture, and weather. We want to incorporate GIS mapping so that they can see their certified acres. Later, we’d like to make it possible for farmers to do their chemigation through the dashboard. We’re looking at potentially including water quality data and water level monitoring. We have transducers that measure the depth of the water table in real time. Just about everything we do in the office we’d eventually like to have online. The goal is to develop a dashboard that we can easily modify to provide any relevant data to help the farmers. This will require a seamless connection between our server and the dashboard. For example, each well has a specific number of certified irrigated acres that it can water. If this dashboard is to be an effective tool for landowners, it must accurately reflect the certified irrigated acres. Any changes made to these certified acres on the server in the office must automatically be updated to the dashboard. Making that work has been a challenge, but I think we’ll soon have a tool that we can start to roll out.

Irrigation Leader: What has been the reaction to these new tools from some of your farmers?

Jack Russell: We discussed our high-tech system with some farmers at an America’s Conservation Ag Movement meeting here about a month ago. Some of the farmers who had used the system love the fact that they know how much water they’re applying and that they’re saving water. Some say that the first thing they do every morning is to look at their systems to see how much water has been applied, check the soil moisture, and act accordingly. When we roll out the dashboard, we’ll set up small or one-on-one meetings with every producer to go over what’s available to them. It’s not something that they have to go look for; all they will have to do is log in and get started.

Sylvia Johnson: There’s nothing good about a drought, but I will say that last year and this year, we’re seeing farmers start to pay attention to their meters more and more. When they’re having rain, they know they’re not going to be using their allocations, and they don’t necessarily worry about it. Right now, we’re at the end of an allocation period and moving into a new one, and farmers are watching their irrigation water closely.

Irrigation Leader: What are your next steps?

Jack Russell: We have secured enough funding to finish our telemetry meter project. We are applying for another WaterSMART grant, but whether we get that or not, I believe we will be in a position to finish our entire project within the next couple of years. Everybody out there will have telemetry meters. As soon as we complete our AEM surveys, we can start rolling out information to help farmers understand where there is or isn’t water. We find that the more accurate the data, the more interest there is in using it. We’re not doing this to try to meet the compact; we’re not doing it for the district; we’re doing it for the farmers. The irrigators in the MRNRD will not have to be a part of a project or study; they will have access to the most current and accurate data and tools available.

Irrigation Leader: What is your message to farmers? What would you like them to know about the work that you’re doing?

Jack Russell: We’re trying to give them the tools to be as efficient as possible so that we will have irrigation water in the Middle Republican basin for future generations. We want to keep all our producers viable. Other states and even some other parts of Nebraska are at risk of running out of water over time. We’re not there, and we want to make sure that we don’t get there.

Jack Russell is the general manager of the Middle Republican Natural Resources District. He can be contacted at jrussell@mrnrd.org. 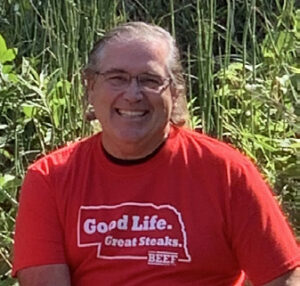 Sylvia Johnson is the assistant manager of the MRNRD. She can be contacted at sjohnson@mrnrd.org. 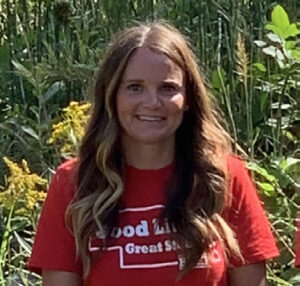