Nicky Hyslop brings more than 20 years of experience to her work as a New Zealand farmer and a member of the boards of several industry groups and agricultural co-ops. In this interview, she shares her views about agriculture’s role in New Zealand’s water future and talks about her experience with joining a then-new irrigation scheme to increase the profitability of her own farm. As New Zealand contemplates new water sustainability standards in the face of drought and climate change, she believes creating more multiuse community water storage is a smart strategy for increasing resilience. 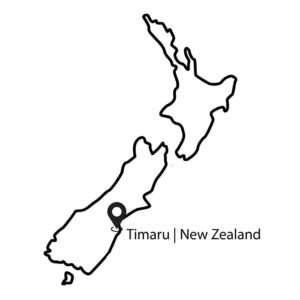 Irrigation Leader: Please tell us about your background and how you came to be in irrigated agriculture.

Nicky Hyslop: I grew up on a high-country station in New Zealand and was encouraged from an early age to get involved in farming. I got a bachelor of agricultural science degree and then worked for 20 years as a farm advisor, predominantly in the sheep, beef, and deer industry. During that time, I spent a couple of years in the lower North Island, and now I am in Canterbury in the South Island, the largest irrigated area of New Zealand.

My husband and I had an opportunity to purchase a family farm in Canterbury, not far from where I grew up. We quickly realized that we would need to expand our irrigated area if we were going to make the farm a strong, resilient enterprise. We got that opportunity when we took up shares in an irrigation scheme called Opuha Water, which built an in-stream multipurpose community dam in 1997–1998 that could provide water for irrigation to a command area of 16,000 hectares (39,536 acres). As a result, we’ve grown from 20 hectares (49 acres) of irrigation to more than 200 (494 acres). We now also lease an additional 40 hectares (99 acres) of irrigated land and recently purchased a dryland block of 60 hectares (148 acres). As a farm advisor, I have worked with clients to take advantage of similar growth opportunities, but there is nothing like experiencing it yourself. Expanding our irrigation not only made our farming operation more resilient, it created opportunities to diversify land use. In general, the expansion of irrigation has created huge changes in South Canterbury. Our region is now thriving on the back of sensible water storage that provides environmental, economic, and social benefits.

The project has also supported the health of the Opihi River. Prior to the construction of Opuha Dam, frequent droughts meant that the Opihi River periodically had low flows and would often run dry in summer months. When the river ran dry, there was no habitat for fish and eels. In the 20 years since the construction of Opuha Dam, the river has run continuously. Water storage allows us to augment the Opihi River with variable discharges that mimic natural river flows. The Opuha Project also provides domestic and industrial water for Timaru; has created a recreational lake; and generates renewable electricity, which is a significant part of the income for the irrigation scheme.

Irrigation Leader: What are the primary crops on your farm?

Nicky Hyslop: We grow fodder beets for wintering cattle; barley as a cash crop; hybrid radish seed; and for the first time this year, carrots. Cropping makes up only about 30 percent of our operation. The balance is finishing cattle, lambs, and dairy support grazing.

Irrigation Leader: Do you use your irrigation water primarily for cropping or also to irrigate pastureland?

Nicky Hyslop: Both. Initially, our irrigation system was predominantly guns. Seven years ago, we converted a large area to center pivots and a lateral. That shift increased our productivity and made us more labor efficient. It also brings environmental benefits. By moving from a gun system to a center-pivot and lateral system, we significantly reduced water runoff and nutrient leaching. In Canterbury, we need to comply with nutrient limits set by our regional council, but the real benefit of reducing runoff and nutrient leaching is that we put less nutrients in our waterways, improving water quality. Although water quality in New Zealand is good compared to that of other parts of the world, we do have hotspots and areas where we need to make improvements, and Canterbury is one of those areas.

Irrigation Leader: You are involved in several national associations, including Irrigation New Zealand (IrrigationNZ), of which you have served as chair, and Beef+Lamb New Zealand (B+LNZ). Do those organizations influence policy on the national level?

Nicky Hyslop: IrrigationNZ and B+LNZ would always like more influence, but yes, they do shape policy. When my husband and I were looking into how to expand our irrigation, I was encouraged to get involved in the governance of our local irrigation scheme, and I did so. Governance certainly wasn’t a new topic for me. When I was working as a farm advisor, a lot of my clients were starting to use boards. As a farmer and farm advisor, I could see the importance of having strong industry groups to represent our interests. I got involved with our local irrigation scheme and then was encouraged to put my hand up for IrrigationNZ, which represents irrigators in New Zealand at the national level.

I experienced a significant learning curve in dealing with the politics of water. In New Zealand, we have a strong, often-misinformed urban voice that is continuously challenging farmers. The farming sector has tended to be quiet about what we do. That approach may have worked 20 years ago, when our towns and cities had a strong connection to farming. But now that New Zealand has become heavily urbanized, that connection has been lost, so we’ve had to work hard to get back out there and explain ourselves. As farmers, we understand our role as stewards of the land, and over the last 10 years, our knowledge of environmental impacts has grown significantly. We love our rivers and lakes, and we absolutely want to look after them. We do accept that, as farmers and irrigators, we have had an effect on them.

IrrigationNZ has two key roles. One of those is to tell our story: to make sure that the government and those who draft policy understand our sector and what will work. That’s the advocacy role. The other role, which is every bit as important, is education. IrrigationNZ facilitates and encourages industry training for farmers so that they understand how important it is to use water efficiently and effectively. Initially, IrrigationNZ invested great effort into training. When I look at how irrigation has evolved in New Zealand, I can really see the benefits of that. In Canterbury, we have halved our water use per hectare over the last 20 years, which is phenomenal. Many of our irrigation schemes and systems have become less reliant on run-of-river takes and have incorporated more water storage. Because I’ve experienced the advantages of having water storage with Opuha, not only to provide reliability to farmers but also to ensure continuous environmental water flows in our rivers, I feel strongly that water storage is an important solution for New Zealand communities.

Irrigation Leader: Tell us more about why you think developing more water storage is an important strategy.

Nicky Hyslop: There is a growing realization of the importance of water, particularly when places like Auckland are suddenly running short of water, as happened in 2020. With our growth in New Zealand, it’s not just farmers who are experiencing water shortages but also our cities. Water storage is a sensible way of approaching that problem, particularly in a country like New Zealand, where we only use 2 percent of our fresh water. We have significant rivers running through dry areas, carrying huge volumes of water out to sea. If we are smart and we store that water, we can augment our water systems during long dry periods.

We have fantastic opportunities in New Zealand to come together and look at a national water strategy. I don’t think that any one sector can do that on its own. Water storage projects cost a huge amount of money. The community needs to come together and look at how it can contribute to these major water storage infrastructure projects, which can benefit so many. We need to look at these projects in a bipartisan manner. We can’t continuously be captured by politics, which is too often the situation currently.

Water storage has many benefits beyond providing water for irrigation purposes. We can use stored water to augment instream flow, to supplement our region’s town-and-city water supply, and to provide communities with fantastic recreational facilities.

Irrigation Leader: Do IrrigationNZ and similar organizations have a role in pushing that process forward?

Nicky Hyslop: Yes. I think that IrrigationNZ can facilitate that conversation, and it actively does so. I now sit on the board of B+LNZ, which is an industry-leading levy body that represents sheep and cattle farmers. We also have a number of other industry levy boards, including Federated Farmers. All these groups are an important part of that conversation and are collaborating like never before. That cooperation will be important to develop a national water strategy for New Zealand.

Irrigation Leader: Are there any other issues or challenges that you would like to discuss?

Nicky Hyslop: An ongoing challenge for farmers is the increase in environmental regulation. In New Zealand, we are seeing a bow wave of regulation coming at farmers. Often, those regulations are not well thought through in terms of how they will be implemented on the farm. That is a huge challenge for industry leaders.

The other global challenge is climate change. We need to develop sensible policies not only in terms of mitigation but also adaption. I count water storage as one strategy, because we will continue to see both significant rainfall events and long periods of drought. Water storage can not only provide resilience against drought; it can also provide a flood buffer, as we have experienced with our local Opuha Dam.

In New Zealand, farmers are facing a levy on carbon, methane, and nitrous oxide because of the government’s decision to include agriculture in an emission framework. New Zealand is the first country to do this, but it is unlikely to be the last, and the agriculture industry has come together to at least shape what this will look like. This initiative is called He Waka Eke Noa. We are trying to work with the government to make sure that this framework is sensible. We know as farmers that we have a role to play in reducing our emissions, but many parts of the world are currently in a food crisis, and the last thing we want is to reduce food production in New Zealand, where our carbon footprint per kilo produced and exported is incredibly low. We are urging our government to be cautious about pricing our food emissions.

Irrigation Leader: Do you have any other messages for the national government or your regional council?

Nicky Hyslop: Before policy gets too far down the pipeline, the government needs to meaningfully consult and engage with industry and farmers so that we actually get change that drives better outcomes rather than just resulting in more rules and bureaucracy. Getting involved early in policy development avoids the costly and unproductive battles we are currently experiencing. If we started collectively sitting around a table in a more meaningful way, we could have better outcomes. We all want the same outcome: sustainable, thriving communities.

Nicky Hyslop is a farm owner, a previous chair of Irrigation New Zealand, and a director of Beef+Lamb New Zealand and Ravensdown. She can be contacted at nicky.a.hyslop@gmail.com. 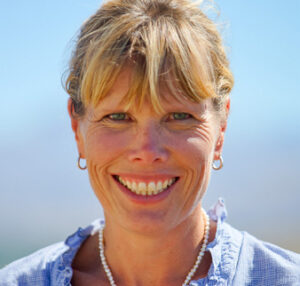