Norman Semanko brings more than 30 years of experience with water resources and regulatory issues to his work as the water law practice group leader in the Pacific Northwest Region for Parsons Behle & Latimer. Irrigation Leader spoke with him about his work representing irrigation districts and canal companies in the complex practice of modern water law.

Norm Semanko: I grew up in northern Idaho and received my political science degree from the University of Idaho. I got bit by the political bug and went to Washington, DC, where I spent 4 years working for a member of congress and a United States senator, handling natural resource and water issues. I also spent 1 year as a field representative, traveling to meetings for the senator in northern Idaho, and really got immersed in water issues, including those involving the Snake and Columbia Rivers. While I was in Washington, DC, I went to law school at Georgetown University. I studied as much natural resource and water law as I could, but frankly, I learned more about water from seeing folks on the ground as a congressional staffer. Once I graduated from law school, I relocated to the high desert of southern Idaho to practice law at a firm there. I had an opportunity to learn under the firm’s senior partner, John Rosholt, who was one of the preeminent water attorneys in the state and recognized throughout the West. John had served as president of the National Water Resources Association (NWRA), and I got involved in the organization with his encouragement. That ultimately led me to run the Idaho Water Users Association as that group’s executive director and general counsel, which I did for 17 years before returning to private law practice at Parsons Behle & Latimer about 5 years ago. Over the years, I have served as NWRA president and was the first chairman of the NWRA’s federal affairs committee, as well as spending 8 years on the Western States Water Council. I currently serve as the general counsel for the Family Farm Alliance (FFA) and the vice chair of the NWRA’s litigation review committee. For the last several years, I have represented irrigation clients in Washington State, just across the border from where I grew up in northern Idaho. I currently represent four irrigation districts and a sewer and water district in eastern Washington and northern Idaho. My largest client is the Quincy–Columbia Basin Irrigation District, which delivers water to more than 250,000 acres as part of the Columbia Basin Project (CBP) in eastern Washington.

Norm Semanko: Parsons Behle & Latimer is a proud member of the NWRA. We also hold associate memberships with the FFA, the Washington State Water Resources Association, and the Idaho Water Users Association. The

firm was founded in 1882 and has about 175 attorneys. We have offices in Boise, Idaho Falls, Missoula, Reno, and Salt Lake City, as well as satellite attorneys spread throughout the intermountain West in places like Helena, Seattle, and Denver. I spend much of my time working out of Coeur d’Alene, Idaho, so I can better serve my clients— and hang out with our new granddaughter, Harper. The firm has a large environment, energy, and natural resources department and several water attorneys.

Irrigation Leader: How would you say water, environment, and land law differ from other fields of law?

Norm Semanko: Water law is state specific, so you must know the issues and the laws in your state. We get involved in the legislative process, whether the legislation being developed is a new statute granting a new authority or, as in most cases, one clarifying existing authorities in the statutes. For example, title 87 of the Revised Code of Washington (RCW), which governs irrigation districts, is state specific. Yet because many of the projects covered under the code are also Bureau of Reclamation projects, we must operate at the federal level, too. We must be familiar with Reclamation law and all the various environmental laws that potentially affect water diversion, storage, and use. Those include the Clean Water Act, the Endangered Species Act, and the National Environmental Policy Act, to name just a few. A water attorney has to be familiar with both state law and federal law. It’s not unusual to be in state court one day and in federal court or testifying in front of Congress the next day. It’s challenging, and it keeps you on your toes.

Irrigation Leader: How did you gain knowledge in the field and build your specialization?

Norm Semanko: I was exposed to and gained an interest in water law during the time I was on Capitol Hill handling water issues. But after I graduated from Georgetown Law and came back home, I still had a lot to learn. I learned from my mentor, John Rosholt, and from other attorneys whom I worked with, including Roger Ling, who was another leader in the NWRA, and Richard Lemargie, the attorney who represented the CBP irrigation districts for years. All of them have passed away, but the lessons learned from them are carried forward. You also just have to do the research, learn the statutes, learn the case law, and then roll up your sleeves and jump in.

Irrigation Leader: What would you say is unique about irrigation districts as legal clients?

Norm Semanko: What’s unique about representing irrigation districts is the interface with the client. For example, every month, I attend the Quincy–Columbia Basin Irrigation District board meeting, and we talk about what the district is doing, what its needs are, and how we can work to get issues resolved. Sometimes, lawyers spend all their time at their desks researching and writing briefs and don’t get out and interact directly with the client.

Irrigation Leader: What are the main issues that you help your irrigation district clients with?

Norm Semanko: Quite often, I review legal documents, contracts, and resolutions, as well as board agendas and meeting minutes. That’s a regular function of being an irrigation district attorney. It doesn’t sound exciting, but it’s important for the districts to make sure that those documents are accurate. I also participate in contract negotiations and other proceedings with Reclamation.

I also advise my irrigation district clients on compliance with federal laws, such as the Clean Water Act. I regularly monitor Endangered Species Act litigation regarding potential changes to the operations of federal dams in the

Columbia River basin. Grand Coulee Dam is part of that litigation. Through the Washington State Water Resources Association and its legislative committee, I regularly follow legislation that could potentially affect irrigation districts. Finally, through the work of the NWRA and the FFA, I’m tuned into what’s happening at the federal level. I often get involved in reviewing drafts of comments or legislation for those organizations.

Irrigation Leader: In your work for irrigation clients, how much time do you spend on litigation versus on regulatory compliance?

Norm Semanko: Litigation is less than 10 percent. Irrigation districts have insurance providers, and if something goes wrong, quite often the insurance company will retain outside counsel to handle the litigation. When it comes to other matters, I can certainly be in court. Overall, I spend less time in the courtroom and more time in the boardroom and in other meetings for my irrigation district clients.

Irrigation Leader: Other than irrigation districts, what water-related entities are clients of yours?

Norm Semanko: I represent several individual farmers and ranchers regarding their water rights issues, including water right adjudications and matters before state agencies. I also represent the City of Eagle, Idaho. I served on Eagle’s city council for 5 years and became familiar with its issues, and years after I left that position, the city approached me about being its water rights attorney. I also represent several canal and ditch companies, which are like irrigation districts, except that they’re not governmental entities.

Irrigation Leader: How has the field of water, environmental, and land law changed over your time in the field?

Norm Semanko: It has certainly become more complicated. There’s a lot to keep up with. There are more regulations, and there is more third-party litigation. Other things don’t change. Water rights are still decreed, licensed, and certificated. The way the boards operate under their rules and bylaws doesn’t really change. And the dynamic of working with people toward the common goal of serving reliable, affordable water to the water users has not changed. That’s what I like most about the practice of water law.

Irrigation Leader: How has urbanization affected your clients?

Norm Semanko: It brings a host of new issues. If land gets subdivided, does the district continue to deliver water, or does the subdivision get excluded from the district and have to find some other source of water, such as groundwater from a city or subdivision well? In some areas, there are houses, backyards, and commercial or industrial grounds that abut laterals and even main canals, and sometimes developers seek permission to build structures over or next to a canal. Sometimes, a municipality wants one of our clients to deliver water to its system. Sometimes, an industrial entity wants to discharge its wastewater into a ditch or drain that belongs to one of our clients. Those issues all need to be reviewed, which takes time.

Irrigation Leader: What other current trends in the water world are affecting your clients and your practice?

Norm Semanko: What’s happened with the COVID‑19 pandemic over the last couple of years has changed the way we interface. All the irrigation districts in Washington State operate under the Open Public Meetings Act, but that has been modified by the governor and the state legislature because of the pandemic. Whereas before you had to have a public, in-person meeting, under COVID‑19, all meetings must be virtual. Legally, that’s challenging to deal with. With major decisions, people need to be able to look each other in the eye and have a conversation. I fully expect in-person meetings to return, but we’re still not quite there yet.

Irrigation Leader: What qualities should an irrigation district look for in a lawyer to represent it on water-related issues?

Norm Semanko: You want someone who’s experienced and knows the law. I hear so often from clients looking for an attorney that they need an attorney who is responsive and gets answers back to them in a timely manner. Responsiveness is important to an irrigation district client. The lawyer should care about the needs and the goals of their client and make an effort to understand what those are. I am a firm believer in attorneys attending board meetings, too.

Irrigation Leader: Finally, what advice do you have for young people or law students who are thinking about the field of water law?

Norm Semanko: Just jump right in. You should volunteer to intern for an experienced water attorney. Be insistent and don’t take no for an answer. In the water practice, we appreciate young people who have an interest, because frankly, it’s not for everybody. It’s incumbent on us as professionals to help bring young or aspiring attorneys into the water business. 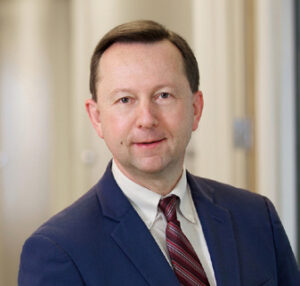