When a nonprofit group of three Reclamation and irrigation districts in central Nebraska needed project financing, it turned to bonds. In this interview, Irrigation Leader speaks with general manager Matt Lukasiewicz about the process of issuing a bond.

Irrigation Leader: Please introduce yourself and tell us how you came to be in your current position.

Matt Lukasiewicz: I am the general manager of Loup Basin Reclamation District, Farwell Irrigation District, and Sargent Irrigation District. I’ve been at the districts for just over 11 years. Before this, I was a foreman for the city of Kearney, Nebraska, for about 7 years. That was my introduction to water and to understanding state and federal regulations. I grew up in this area, so I’m familiar with the irrigation systems and I know many of the farmers and producers. I think that’s what drew me back to the area.

Irrigation Leader: Please introduce the three districts that you work for.

Matt Lukasiewicz: I manage three districts, each of which has its own board of directors and its own operating budget. Loup Basin Reclamation District, which owns the water rights and all the infrastructure, has interlocal agreements with Farwell and Sargent Irrigation Districts. As far as I know, we are the only irrigation system in the country that operates under three governing bodies. Farwell, the larger of the two irrigation districts, stores its water in an off-stream reservoir with a capacity of roughly 69,000 acre-feet. It delivers irrigation water to 53,868 acres. Sargent delivers to 14,625 acres with a direct-flow permit from the river. It can be difficult to create policies that apply to both a large district and a small district, one pulling directly from the stream and one being fed from a reservoir.

Irrigation Leader: What sorts of projects require you to raise capital, whether by issuing bonds or via other means?

Matt Lukasiewicz: Currently, we’re working to issue bonds for a major infrastructure rehabilitation project at the Sargent Irrigation District diversion dam. We’re not allowed to obtain loans from banks. I assume that has something to do with the fact that loans are taxed. We are tax exempt, so I don’t think we qualify. However, we are allowed to issue bonds. Generally, you get a better interest rate with bonds anyway.

There are a couple of ways you can issue bonds. For example, we issued bonds to raise the funds to purchase our project from the federal government back in 2002. We were able to do that through Loup Basin Reclamation District, which has taxing authority, under a general obligation bond, meaning a bond that benefits both irrigation districts. We can’t issue a general obligation bond for the rehab project on our diversion dam because it only benefits one of our two irrigation districts. This one will be deemed a revenue bond, which is a little different. We still get a good interest rate; we just don’t have the benefit of additional taxing. I’m not aware of any other options for borrowing money. As a tax-exempt nonprofit, we are restricted in the type of financing we can seek out.

Irrigation Leader: What is the process you go through to issue a bond?

Matt Lukasiewicz: It depends on who is issuing the bond and whether it is a general obligation bond or a revenue bond. I’ve never actually had to issue a general obligation bond, since Loup Basin’s bond was issued before my time at the district, but with a revenue bond, you consult with your bonding agency. It talks to its legal representatives, and you must submit your budgets and audits to demonstrate your financial capabilities. Since irrigation districts in the state of Nebraska don’t have bonding authority, a council needs to be established with representatives from the Reclamation and irrigation districts. Eventually, the irrigation district and the council need to adopt an interlocal management agreement and a resolution for the purchase of bonds. At that time, the bond agency goes out and seeks investors and then comes back with final dollar amounts, which will be officially determined at closing. The agency offers different repayment options, determining whether the bond is to be repaid over 1 year, 3 years, or as many as 15 years, how much interest and principal are included in each payment, and whether you want to be able to make the bonds callable at any point.

Irrigation Leader: When you’re thinking about issuing a bond, how far in advance do you have to begin working with your board?

Matt Lukasiewicz: For the project I’m currently working on, we knew that we needed to issue a bond to complete a rehab project. The first thing we wanted to do was get a dollar amount to put on the table. Our engineers and contractors did an inspection to determine what needed to be repaired. After we received construction bids from contractors, we knew what the cost was going to be. It exceeded what we could afford, so we knew that we would need to seek out bonding. We accepted a bid in January and started the bonding process. We haven’t secured any funds yet, but I have it on the agenda for next month. It took about 6 months to get to this point in the process.

Irrigation Leader: Did you have a preexisting relationship with the bonding agency?

Matt Lukasiewicz: Yes. I went back to the company that issued the general obligation bonds for the title transfer in 2002. The company has treated us well over the years and has helped us refinance a couple of times. We have saved millions of dollars by refinancing and will be making our final payment on the 2002 bond at the end of next year.

Irrigation Leader: Is your existing revenue sufficient to cover the debt servicing?

Matt Lukasiewicz: Yes. The bonding agency will set a payment schedule, so we know in advance how much we are paying on principal and interest each year. We can build that into our annual budget. With this new bond, debt servicing may be something we have to consider, depending on how we structure the financing. If we decide to repay the bond over a shorter period of time, it’s going to make up a big portion of the budget.

I also intend on pursuing grant opportunities to help with funding this rehab project. One grant that is newly available thanks to a bill that was passed this year is specifically designated for infrastructure repairs for irrigation districts in the state of Nebraska. It’s a 90/10 grant, meaning the Nebraska Department of Natural Resources pays for 90 percent of the project, and we just have to come up with the other 10 percent. Other possible options are WaterSMART grants from the Bureau of Reclamation and Water Sustainability Grants from the State of Nebraska. If we were to obtain some of those grants, it would help us to pay off our bond in the next year or two.

Irrigation Leader: What advice do you have for other irrigation districts that may not have experience with issuing bonds?

Matt Lukasiewicz: Start the process early. It’s not the same as going to the bank for a loan and getting the money the same day. It’s not a difficult process, but there are some hoops to jump through, and a district should put time and care into building the repayment schedule. There are a lot of options for structuring the repayment, and doing it right can help you budget for those bonds.

Matt Lukasiewicz: Build your reserves. It’s kind of like a retirement fund; you always want to be putting money into it. The way I look at it, you may not think you have an issue now, but you may in the future, so start preparing for that. Every year is a different situation. Unexpected circumstances, such as what we have experienced this year with drought and wind, can affect your budget. We all have aging infrastructure, and it’s just a matter of time before something happens. A general rule is to have at least 2 years of operating expenses in reserves. Having those reserves, planning, and making a line item in your budget to put away money every year is important, because you never know what next year is going to bring. 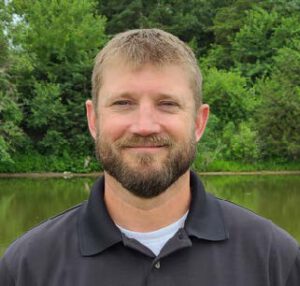