Advocating for the interests of eastern Washington water and hydropower users has been a priority for Congresswoman Cathy McMorris Rodgers since she was elected to represent the state’s 5th District in the U.S. House of Representatives in 2004. In January 2021, Congresswoman McMorris Rodgers was chosen to serve as ranking member of the House Energy and Commerce Committee, which has jurisdiction over many issues and agencies relating to water resources. As ranking member, she will lead the committee’s Republican members in pursuit of their legislative and oversight priorities. In this interview, Congresswoman McMorris Rodgers spoke with Tom Myrum, executive director of the Washington State Water Resources Association (WSWRA), about her priorities for the next 2 years on the committee, the importance of hydropower and irrigation to eastern Washington, and how she will interface with the new administration on water issues.

Tom Myrum: Please tell us about the jurisdiction of the Energy and Commerce Committee and its importance for irrigators and hydropower in Washington State.

Cathy McMorris Rodgers: The Energy and Commerce Committee is the oldest committee in the House of Representatives and has been around for a long time. It has broad jurisdiction. It will debate some of the most important questions that are before Congress, whether they deal with health care, broadband, climate, or energy. I am super excited to be leading this committee for the Republicans this Congress, and one reason is that it focuses on issues important to irrigators and hydropower. This committee oversees all nonfederal hydropower. We also cover the U.S. Environmental Protection Agency and oversee a lot of environmental policies that I know irrigators care about, including the Clean Water Act and the Clean Air Act. This committee is at the forefront of matters that affect our future, America’s competitiveness, and the economy of Washington State.

Tom Myrum: What is your agenda for the committee? What do you hope to accomplish?

Cathy McMorris Rodgers: Over the next 2 years, this committee will be conducting oversight on much of the agenda of the Biden administration. We’ve already seen that the president is signing a record number of executive orders. Under President Trump, we saw some important regulatory gains, such as the navigable water protection rule or the affordable clean energy rule, that were important for irrigators and agriculture. I am concerned that this administration and many of my Democratic colleagues are rushing toward the transition to renewable power. We need to have an honest conversation about what it means and how we accomplish it in a way that is going to ensure reliability and affordability. That is certainly going to be at the forefront of the work of the Energy and Commerce Committee. Another big issue for Washington State is closing the digital divide, the importance of which has only been underscored by COVID‑19. It doesn’t matter where I go in eastern Washington right now, the number 1 concern I hear is the importance of rural broadband, especially when so many are relying on their internet connections for school, telehealth, or the economy. It is basic infrastructure in the 21st century. We continue to face some significant challenges in getting the federal broadband resources to the places that need them most. I am pleased that the Republicans in the House Energy and Commerce Committee are leading on a package of 28 bills that are focused on promoting new broadband deployment and addressing some of those challenges, including permitting private investment upgrades to existing infrastructure that will make our networks more resilient. Those are at least some of the priorities for me and my fellow Republicans on the committee.

Tom Myrum: What are your thoughts on the importance of irrigated agriculture and hydropower to the state?

Cathy McMorris Rodgers: The importance of irrigated agriculture and hydropower to the entire Columbia-Snake River system cannot be overstated. They transformed our region into one of the most productive agricultural regions in the world. Eastern Washington farmers feed the entire country as well as the world. I often say that in the last 100 years, no group has done more to lift people out of poverty than farmers. When it comes to hydropower, there isn’t anyone in our state who is not affected by the fact that we have clean, renewable hydropower that is produced on the Columbia-Snake River system. Hydropower is reliable, it’s affordable, and it can be deployed at a moment’s notice. There’s no other source of energy that can achieve the same level of reliability and affordability. Without it, our way of life in Washington would cease to exist.

Tom Myrum: What is your message to Washington’s irrigation districts?

Cathy McMorris Rodgers: More than anything, I want to say thank you to the irrigation districts. Thank you for all the contributions that you make to our region and our country. You are foundational to our economy, to our way of life, to our future, and to ensuring that our region is one of the most productive agricultural regions in the world. Keep up the good work.

Tom Myrum: Something that I’ve worked on for several years with your office is the Columbia River Treaty. Is there anything you’d like to say about the current process or the outcome you would like to see for the treaty?

Cathy McMorris Rodgers: Certainly, the Columbia River Treaty is at the forefront of my mind. We’ve been meeting with the State Department as well as the delegation in the Pacific Northwest. We need to reevaluate and update the terms of this financial commitment to make sure that it’s beneficial for the people of the Pacific Northwest. As you know, the United States continues to pay Canada for flood control. That cost is borne by electric rate payers. The payments to Canada were expected to decrease as new technologies replaced hydropower, but this Canadian entitlement needs to be addressed. I will be impressing the importance of this negotiation upon the Biden administration, with a focus on updating the Columbia River Treaty and addressing the cost that our rate payers are bearing right now.

Tom Myrum: What do you think about the recent concepts that have been proposed for dealing with the lower Snake River dams?

Cathy McMorris Rodgers: The recent conceptual plan is absolutely a nonstarter for me. It is a fundamentally flawed and fiscally irresponsible idea to spend $34 billion on a plan that is not going to guarantee better salmon runs. Better salmon runs needs to remain our goal. The four lower Snake River dams have a 95 percent fish passage rate, so they are not the greatest threat to fish survival. In fact, the Bonneville Power Administration (BPA) will say that there are more fish returns today up the Snake River through these dams than before the dams were built. We need to focus on conditions that directly affect the fish, including ocean conditions, rising carbon emissions, predation, and habitat loss. The dangers to the fish populations would only worsen if the dams were removed. I believe we need to focus on what is actually going to deliver solutions. Let’s focus on cleaning up Puget Sound and restoring salmon runs there. Those are the salmon that are the number 1 priority for the orcas. Let’s look at what’s going on in the ocean; it’s almost a black hole. Let’s address the predation at the mouth of the Columbia River and the sea lions that continue to multiply because of the great food supply that the salmon represent. Let’s focus on what will deliver results, not a plan that even the sponsor himself cannot guarantee will actually improve salmon runs.

Tom Myrum: Would you like to say anything about the BPA and its new administrator?

Cathy McMorris Rodgers: I’ve had the opportunity to talk with the new administrator over the phone, and I’m looking forward to meeting him. One of my top priorities is to unite the delegation. The Republicans and Democrats in both the House and the Senate will need to come together, and we need to be the ones who are driving priorities within the BPA. One of my top priorities with this new administrator and in this Congress will be working to deliver a more united voice out of the delegation.

Tom Myrum: How can WSWRA and Washington irrigated farmers work together more closely with you and your office?

Cathy McMorris Rodgers: I appreciate what you do. I believe that the best ideas come from the bottom up. You’re on the frontlines. I appreciate your commitment to making trips to Washington, DC, and to reaching out and having meetings, whether in eastern Washington or in Washington, DC. We’re never more than a phone call or an e-mail away. This relationship is really important. I encourage you to continue to reach out. My team is anxious to hear from you about whatever insights you might have and to help work through these issues together. You’re a partner for me. 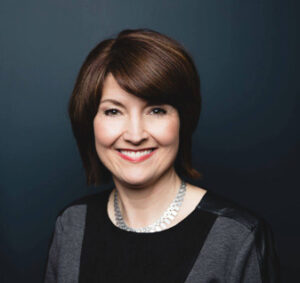 Cathy McMorris Rodgers represents Washington’s 5th Congressional District in the U.S. House of Representatives and is the ranking member of the House Energy and Commerce Committee. For more information about Congresswoman McMorris Rodgers, visit mcmorris.house.gov. 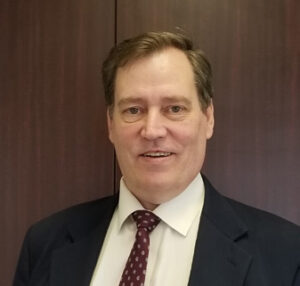