The Roosevelt Water Conservation District (RWCD) in Maricopa County, Arizona, is facing soaring demand for its services after rapid urban growth changed its model from agricultural to small-acreage and subdivision customers. General Manager Shane Leonard turned to technology company Assura’s solutions to bring much-needed efficiency to RWCD’s operations. In this interview, Mr. Leonard tells us about RWCD’s experience with Assura, from initial consultations to the full deployment of its field-report-management software.

Shane Leonard: I have been with RWCD for about 30 years, the last 10 as general manager. My first paying job with the district was as its yard guy, and I worked my way through the various departments until I was on the administrative side of things. My father was the previous general manager, and when he passed, the board interviewed me, and I was fortunate enough to be selected. Since then, the district, which covers approximately 40,000 acres in eastern Maricopa County, has been faced with extremely rapid urbanization. As a result, the district has had to address the need to change the focus of our operations from mostly agricultural to a new base of industrial customers; commercial customers; and, in particular, subdivisions, mini farms, and small-acreage customers. After 100 years of being a primarily agricultural district, we struggled with how to accommodate these new customers and their distinctive needs.

Irrigation Leader: Would you tell us about the time management issues that have been caused by the rapid urbanization of your district?

Shane Leonard: Our operations were tailored for delivery to a small set of users who would order large volumes of water and receive that water over a long period of time. That situation changes dramatically when, for example, a single farmer’s property is sold to 200 or so landowners, all of whom would like to receive water. Instead of delivering one large volume of water, we are delivering a smaller head but to a much larger customer base. Irrigation of properties of that type is like a game of dominoes. As long as each domino falls in the order it’s supposed to, everything’s fine. If one falls out of order—if someone keeps their water for too long or doesn’t take their water, or the water gets redirected somewhere it’s not supposed to—it causes problems that cascade through the rest of the community. We were facing several challenges meeting the demands of this new customer base, including a skilled labor shortage and issues identifying, tracking, and resolving delivery and infrastructure issues within the community’s private system. Our long-standing farmers who know the land, the water, and the area were inherently more familiar with what it takes to receive irrigation water. New folks moving in from other parts of the country aren’t as familiar, forgiving, or understanding, and they have their own set of expectations for the delivery of their water. We struggled to meet those expectations. We had to sit down, focus, and figure out what we were doing within our existing operations and what needed to change. Through that work, we recognized that the use of technology would be necessary to meet several of these challenges.

Irrigation Leader: What solution did you find for your issues?

Shane Leonard: The first thing we did was examine our current staffing to determine whether it was adequate. We ultimately recognized that just because we were producing less water didn’t mean we weren’t at least as busy or busier than we were before. Today, we are delivering roughly half as much water as we did 20 years ago, but my staff is now twice as large.

We then looked to technology to address several short- and long-term goals. We started looking around for agencies and entities that embraced technology with limited dollars and, in many cases, limited staff. During this time, we had an opportunity to work with Water Strategies on an international level to look at areas using technology as a foundation for their operations. We found that in New Zealand, irrigation schemes (districts) operate with a relatively small staff in the field but accomplish much using targeted technology. It was during this time and with a visit to New Zealand that I had an opportunity to collaborate with Hamish Howard and his technology group, Assura. I liked Assura, because its attitude was not, “Here’s our software, we’ll show you how to use it.” It was, “Here’s our software, tell us how we can make it work for you.” Using Assura’s technology and customer-service-oriented approach, we began the process of drilling down on how technology could become an asset for our district.

Irrigation Leader: Would you describe the process of working with Assura and how you educated its staff about your issues?

Shane Leonard: It was straightforward from the very beginning. We invited Hamish and his staff to Arizona. I’d like to highlight that they came halfway around the world to meet with me and my staff and to experience our operations firsthand with no guarantee of a contract or specified working affiliation. That’s how invested they were in our success. They didn’t just talk in front of a whiteboard; they worked with our staff sunup to sundown for the better part of a full week. And as they learned about us and our operations, we learned just as much from them.

Irrigation Leader: What did they work with you to create?

Shane Leonard: We recognized that while there was an entire universe of things we wanted, what we needed most at the time was a way to handle our field reports in a much more streamlined fashion. These reports concern issues that occur in the district on a daily basis. Prior to Assura’s involvement, we were still doing everything with paper and pencil. In many cases, our staff would fill out a paper field report on, say, a Monday; it would filter up through the various department heads; and it might be Thursday or Friday before that piece of paper reached the person who could come up with a solution and another couple of days before it went back down to the staffer who would resolve the issue. Brad Strader, the department manager who handles, among many other areas, our technology program, spent several weeks with Hamish’s staff, adapting Assura’s software to fit the district’s needs. This started with the logistics chain—allowing us to identify and resolve issues in a much quicker fashion. Once that was set, it was important to test the software in the field, to adjust for ease of use, and to train staff. Training was critical, as you might expect with an organization that had been using paper and pencil for more than 100 years. It took a little bit of effort and the better part of a year, but Assura worked with us on it the entire time, which isn’t easy when it’s Tuesday in Arizona and next year in New Zealand! Assura’s staff worked diligently with our staff to meet and ultimately exceed our requirements.

Irrigation Leader: So now you have an electronic process for entering and tracking your field reports?

Shane Leonard: Hamish, his group, and my staff were able to shorten the time frame between identifying an issue and getting it in front of the folks who need to solve it. That process went from taking several days to taking, in some cases, less than an hour. In short, the work we did together on that process became the backbone of how we handle field reports today.

Irrigation Leader: Are you also using this software to keep track of oil changes and maintenance on your motorized equipment?

Shane Leonard: Not at the moment. As is often the case, money and focus can change based on the district’s needs. We fully intend to initiate that process as soon as is possible. In the meantime, our mechanic, who has been with the district for about 30 years, can breathe a sigh of relief. He really likes his paper files.

Irrigation Leader: How would you quantify the money that has been saved with Assura’s involvement?

Shane Leonard: It saves me and my staff time, which in my opinion is the most important commodity that an irrigation district can have in this context. Time gives you the opportunity to resolve problems; to think about the future; and to improve your process, your people, and your system. By saving time, we reduce payroll costs, potential damages, repairs, and the like.

Irrigation Leader: Do you have a ballpark figure on your return on investment?

Shane Leonard: I estimate we will have a 100 percent return on investment in less than 18 months with a full integration of Assura’s software package.

Irrigation Leader: What other parts of RWCD’s operations might Assura still be able to help you with?

Shane Leonard: One thing we hope to get back to working on soon is tracking flows and volumes in our system electronically, integrating Assura’s software into the use of semiautomated or automated delivery systems with Rubicon equipment and materials.

Irrigation Leader: What devices do you need to use the Assura software? Did you have to purchase laptops, tablets, or anything else?

Shane Leonard: We did not have to buy any new equipment to roll out the software during the testing phase. After we had done that work, we did choose to purchase tablets and smartphones to put in the field for ease of use and portability. Those devices weren’t necessary to operate the new reporting system, but we wanted to ensure that our folks did not have to worry about carrying a laptop everywhere. Really, the most technologically new thing was the introduction of online and cloud-based server support.

Irrigation Leader: Is there anything else that you would like to add?

Shane Leonard is the general manager of Roosevelt Water Conservation District. He can be contacted at s.leonard@rwcd.net or (480) 988‑9586. 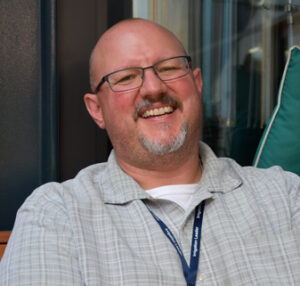