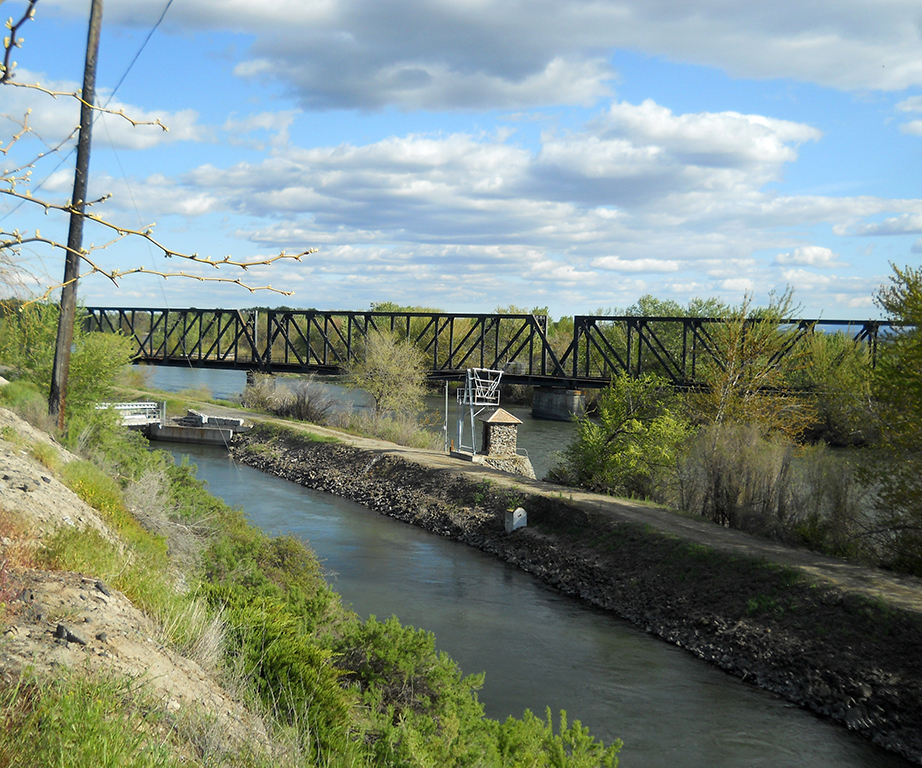 In this interview, Senator Jim Honeyford of Washington’s 15th District speaks with Irrigation Leader Editor-in-Chief Kris Polly about his work and accomplishments in the state legislature advocating for the interests of the state’s water users and irrigation districts.

Kris Polly: Please tell us about your background and how you came to be in your current position.

Jim Honeyford: I started off my working career as a police officer. After 5 years of that, I began teaching, and continued in education for 29 years. I also farmed for 25 years, spanning two or three droughts, so I understand the drought situation. I was elected to the Washington State House of Representatives in 1994 and to the Senate in 1998. I had no ambition or goal to be here—it just happened. In fact, when I was first elected to the House, there were term limits, so I thought “After 6 years, I’m out of here; I’ll keep in shape by working on a small farm.” Term limits were declared unconstitutional and then my senator retired, and I was elected to the position. Since being elected, I’ve always worked on water legislation, whether directly or indirectly. My success has come thanks to my exceptionally good staff.

Kris Polly: Where is your district located?

Kris Polly: Would you tell us about your past legislative work on water issues?

Jim Honeyford: My first water bill was the Joint Board
of Control Bill, which allowed the Sunnyside and Roza Irrigation Districts to work jointly to greatly reduce runoff into the Yakima River. This was a huge improvement. The next significant piece of legislation I can think of was the Municipal Water bill, which recognized the water rights that cities have held for years and allowed them to keep them.

The next major one was the Columbia River Basin Water Resource Management bill. Governor Gregoire had put together a committee to work on water management on the Columbia River; the late Senator Morton and I were the two Republicans on that committee. We met and finally arrived at what everyone assumed was going to be the last meeting because we could not agree on anything. We suggested the idea that, for any new water usage, two-thirds should be designated for out-of-stream use and one-third should be for in-stream use. The Democrats were shocked that we had come up with a proposal, and 2 weeks later they agreed. Then we had to decide how much funding to ask for. I came up with something like $90 million, and Senator Morton said, “Oh no, don’t ask for too little. I want $200 million.” Governor Gregoire accepted, and I said to Senator Morton, “Bob, you didn’t ask for enough!” This bill established the Office of Columbia River to work on water needs from the Columbia River and in the Odessa. The Odessa is an area which was going to be added to the Columbia Basin Project, but unfortunately that work was never done and the Department of Ecology issued temporary well permits for the farmers in that area. The water level in the aquifer is dropping and the wells are going dry, even though they’ve extended them down. A lot of the work of the Office of Columbia River is aimed at getting those wells offline and providing a source of irrigation water for the farmers in the Odessa region. Part of that was using some of the water behind Grand Coulee Dam. That was considered new water, so two- thirds went to out-of-stream use and one-third went to in-stream use.

One other major piece of legislation I have worked on is the Yakima Basin Integrated Plan (YBIP). That involved a purchase of land in Teanaway for wildlife benefits, costing about $100 million. The legislation did include the stipulation that the Department of Ecology provide about 114,000 acre-feet of new water. If they don’t provide that, then the Teanaway purchase reverts to the school trust or will be sold and cannot remain in the community forest classification.

Some people are feeling angst over the fact that most of the money for the YBIP is going to environmental purposes. I try to remind them storage sites are currently being funded or considered and that when construction begins there will be large expenditures. One is Wymer Canyon, which is off of the Yakima River. The site is close to being purchased. The Department of Ecology would pump water into the reservoir during the winter and high- flow periods and release it as needed. Another project that has been tried several times is on Bumping Lake and Dam. It would involve raising Bumping Dam to increase water storage there. The third area is Lake Kachess. Roza Irrigation District would put a pumping station in. There’s a lot of dead water there that can’t be released because it is too low. Those projects are aimed at providing new water.

I’ve been working on another big water bill that aims to provide $5 billion over 15–20 years, which would mean $500 million out of the capital budget bonded debt each biennium until we reached that level. We would put those funds toward storm water projects, fish passage barriers, flood control, mitigation, and water supply. Unfortunately, the House killed that bill twice. I will try it again soon. The House is objecting to spending $500 million. I pointed out that we’re already spending
$300 million and that this year’s capital budget is over $500 million.

We have a fish passage barrier board already, so rather than start a new agency, the bill would make it responsible for the prioritization and ranking of the new projects. Stormwater would be under the direction of the Department of Ecology. The Office of Columbia River would handle water supply statewide, and the Office of Chehalis Basin and the Chehalis Basin Flood Control Authority would handle the funding and prioritization of sudden projects. This way, we use existing programs instead of starting new agencies.

Kris Polly: What other areas of responsibility does the state legislature have when it comes to water?

Jim Honeyford: Aside from what I have already mentioned, the legislature tries to push the Department of Ecology
to process its backlog of water right permits. In the past, we have made its funding levels contingent upon issuing a specific number of new water rights per year. Other than that, there was an agency request bill that would have helped the process of declaring droughts that, for reasons I don’t want to go into, was not allowed to pass.

Kris Polly: As a legislator, how do you communicate with the irrigation districts in your district?

Jim Honeyford: Most times, I pick up the phone and call them. I have a pretty good relationship with the districts. The former director of Sunnyside Irrigation District passed away suddenly, and I haven’t gotten to know the new director of that district, but I will be working on it. I know most of many of the other irrigation districts’ people.

Kris Polly: Would you tell me about your other priorities on water issues?

Jim Honeyford: I’ve been chair of the capital budget; now I am the ranking member, as we don’t have the majority. I have always tried to make sure that we adequately funded all the water projects, including the Columbia Basin Project, the Odessa, and the YBIP. Tom Tebb is the director of the Office of Columbia River. He’s very competent, and I enjoy working with him.

Kris Polly: What other actions do you think the legislature should consider taking to resolve water issues in the state?

Jim Honeyford: We just had the final order signed for the adjudication of the Yakima basin. That’s been going on
for 40 years. I believe we probably need adjudications in other basins as well. Hopefully we will have learned our lesson from the Yakima basin and future adjudications will not take 40 years to complete. In the Skagit basin, the Swinomish Indian Tribal Community sued and the State Supreme Court, in a decision called the Hirst decision, essentially said that counties could no longer rely on information from the Department of Ecology on the availability of water and that the counties or potential homeowners would have to hire their own hydrologists to prove water availability. This decision said that the counties did not have the authority to give existing homes a building permits and that the homes’ water rights were no good. There were 20–30 homes in the Skagit basin that did not have water rights for their wells. In response to the Hirst decision, the Republicans held up the capital budget for a year to force a resolution of the issue. Negotiations went on and we got a Hirst fix bill. It still didn’t help those people in the Skagit, but it did resolve the issues for the whole state by removing the requirement that counties or homeowners handle their own hydrological analyses.

Recently, the Department of Ecology made a purchase of water from Seattle City Light. That will be used to guarantee water to these homes in the Skagit basin and to provide water for some additional home construction up in the Skagit basin.

Kris Polly: What is your advice to an irrigation district that doesn’t feel like its voice is being heard on the state level?

Jim Honeyford: Work with your local legislator. Agriculture is an important industry in our state and water is important to agriculture. I believe that most of the irrigation districts in the state have a good working relationship with their legislators.

Kris Polly: What is your vision for the future of irrigated agriculture in Washington?

Jim Honeyford: With the changing climate, it is becoming more and more important to have efficient irrigation systems. That may include reregulating reservoirs and efficient means of irrigating. When I farmed, I converted to solid set irrigation. That was rather expensive, but I had no runoff after that. Now, drip seems to be the way to go; grapes, hops, and other crops are being grown with drip irrigation.

Jim Honeyford is a Washington State Senator representing Washington’s 15th District. He can be contacted at jim.honeyford@leg.wa.gov.