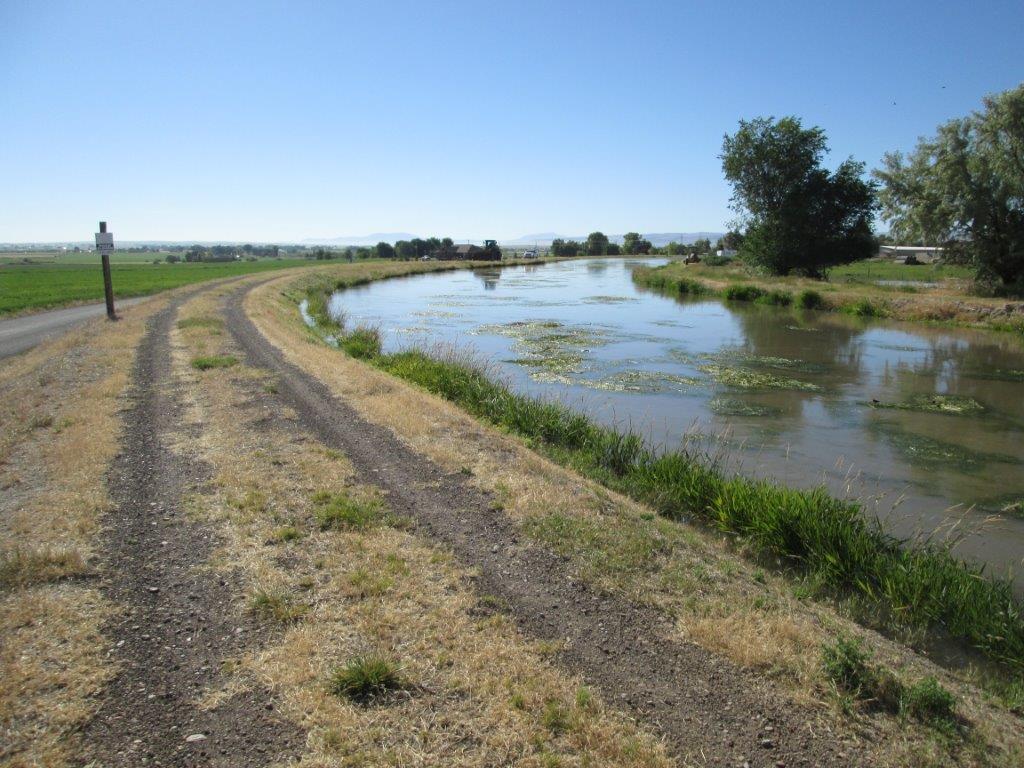 The Twin Falls Canal Company, located in southern Idaho, provides water from the Snake River to over 4,000 irrigators across 202,000 acres. Our system has a large number of dairy farms that primarily grow corn and alfalfa. Others irrigators raise potatoes, sugar beets, dry beans, garden beans, wheat, and barley. We first delivered water in 1905 via a gravity flow system out of the Snake River, and gravity remains the sole source of power for moving water on the system to this day. The water flows downhill from Milner Dam and into the irrigators’ farmland through our unlined earthen canals and laterals. We have two primary canals that are 65 and 50 miles long, in addition to 1,000 miles of smaller canals and laterals.

While the Twin Falls system has proven to be durable and effective, we do face a number of persistent challenges. One such challenge is that our water supply on the Snake River has been under increasing strain in recent years due to growing municipal, industrial, and agricultural demand. There has been a moratorium on expanding agricultural acres over the past 20 years, because we have reached the limit of how much water demand the Snake River can support. Water supply is an issue all the time, which is why we try to use water conservation all the time as well. Aquatic weed management is another significant challenge. Unlined canals like ours create ideal conditions for weeds to grow. By midsummer, there is usually a large amount of algae and pondweed in the canal system. Historically, we used heavy anchor chains dragged behind tractors to remove weeds. We had five crews working all summer on chaining teams consisting of highly trained operators and some high school students or other workers cleaning screens and removing debris.

In the larger canals, we also had six large trackhoes set up to remove moss during chaining operations. We would usually have to chain the entire canal system twice each summer, and we would chain many of the smaller ditches more often than that. It would take up to 20 of our operations and maintenance workers 2 weeks to chain drag the main canals every year, and smaller numbers of people the entire summer to drag all the laterals.

In the 1960s, we began using chemical weed treatment products like Magnacide and Xylene, but we were limited in where and how we could apply them. We could not use those products near spillway gates that led into perennial streams or anywhere that farmer return flows could get to fish-bearing waters. Meeting the label requirements and holding times for the chemicals was also difficult, so we stopped using the products in most of our system. In 2007, Dr. Cody Gray, a researcher for UPI, came into our office and said he wanted to do some testing on our system with UPI’s new Endothall-based aquatic weed treatment products, Cascade and Teton. The products were not yet labeled for irrigation use, but Dr. Gray had spent nearly 2 years testing them for use in irrigation. In 2009, we applied for and received an emergency exemption to use these products, because we did not have any alternatives other than chain dragging. The U.S. Environmental Protection Agency allowed us to apply Cascade on a large portion of our system, and the first emergency treatment was successful. In December 2009, Cascade and Teton were labeled for use in irrigation canals for the 2010 growing season, and we have been relying on them for our aquatic weed control ever since.

Our biggest aquatic weed issue in the canals was the presence of sago pondweed, which Cascade effectively combats. We did not use much Teton at first, but we have used it more and more in recent years as other weeds, like horned pondweeds, began to proliferate. Teton is more effective on those weeds, and we now use both products in combination. Cascade will travel farther but is not as effective against the algae and horned pondweed, whereas Teton is more effective against those weeds and algae but does not travel as far. In 2017, we had our best-ever year of pondweed/algae control using a series of primarily Teton treatments.

We have 27 ditch riders and after using the UPI products for several years, they can now determine when a particular lateral or canal needs to be treated. There is also a lot of automation in the system, and if we see water levels rising in a stretch of canal with no increase in water flow, we know that there is something growing there. We do not want to wait until there is a water shortage to treat the canals. It is better to be proactive and treat them a few days before things reach that point. If there is a lot of mature pondweed in the canal and we kill it, the weed will break up and flow downstream and cause a mess for a few days before clearing up. More irrigation districts are using products like Cascade and Teton than ever before, but there are things they must understand before they begin applying the products. Every canal is different, and managers must know exactly what is in their canals and how best to treat them. At Twin Falls Canal Company, if the problem is just algae, we
can often use copper products, but if we have algae and weeds growing in combination, we use Teton to treat both. Knowing the exact weeds that are present in the canal systems and their stage of growth is important to enacting effective treatment plans.

Timing is a critical factor for adopting products like Cascade or Teton. Proactively addressing weed growth is much simpler and more cost effective than treating the canals after the weeds have caused a serious water shortage. We have not always had perfect timing, and several times aquatic weed treatment mistakes have forced us to pull out the anchor chains. We will always maintain our chain equipment and training so we can still use it in emergency situations. But if we time the Teton and Cascade treatments correctly, we can treat at least 90 percent of our system using just those two products.

Overall, using these innovative products has been beneficial to Twin Falls Canal Company. They are a safer, faster, cheaper, and more thorough way for us to treat our system.

The History of Hydropower