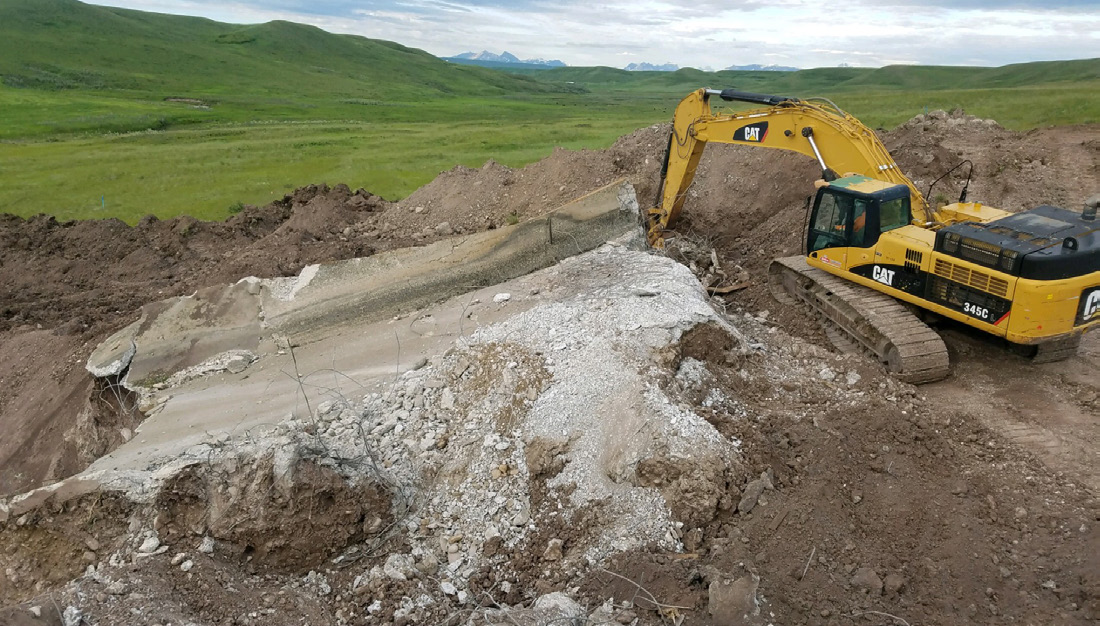 Montana’s Milk River Project is a Bureau of Reclamation project whose history goes back a century. After the recent catastrophic failure of one of the project’s drop structures, Reclamation has been working closely with the Milk River Joint Board of Control (MRJBOC), the State of Montana, local Native American tribes, and other stakeholders to plan for a permanent repair to the structure.

In this interview, Shelby Hagenauer, Reclamation’s deputy commissioner, and Steve Davies, the manager of Reclamation’s Montana area office, tell Irrigation Leader about the role the agency has played in the response to the drop structure failure and the plans for a permanent solution to the problem.

Irrigation Leader: Please tell us about your backgrounds and your current roles.

Shelby Hagenauer: As a deputy commissioner at Reclamation, my responsibility is to be the alter ego of the commissioner. My focus is working with our stakeholders, with Congress, and with the public. I’ve been in this position since October 2018. I’m proud to be at Reclamation, representing President Trump, Secretary Bernhardt, and Commissioner Burman as we focus on our mission to provide reliable water and power to the West. As for my background, I’ve spent a lot of time working on Capitol Hill for members of Congress from California. That was my introduction to water policy. One of the reasons I wanted to come to Reclamation was to gain a deeper understanding of the breadth of the work that is done across the West to support communities, farms, and families. My father was a pilot in the Air Force, so I’m a military kid. Home is where your parents are right now, and they’re in California. That’s where I spent most of my time and effort professionally also.

Steve Davies: I’m the manager for Reclamation’s Montana area office and have served in that capacity for 5 years. I currently have oversight responsibility for all Reclamation facilities in Montana east of the Continental Divide, which covers 13 projects serving about 400,000 acres of irrigated agriculture. There are lots of structures and lots of stakeholders, including irrigators, power customers, the State of Montana, private interests, and tribes.

Previously, I was the facility operations and maintenance division manager for the Montana area office. I’ve been in the Montana office for 25 years and with Reclamation for 35 years. I’m originally from South Dakota, and I started with Reclamation in South Dakota in the Black Hills and worked on the Buffalo Bill Dam project in Cody, Wyoming, for a number of years as well. I’ve really enjoyed working on hydropower and irrigation facilities.

Irrigation Leader: On May 17, the drop 5 structure in the St. Mary unit of Montana’s Milk River Project failed. Please describe the actions Reclamation has taken to address the failure.

Steve Davies: Reclamation assembled a large technical team that included representatives from Reclamation, the MRJBOC, its engineering consultant HDR Engineering, the Montana Department of Natural Resources and Conservation, the Blackfeet Nation, and the tribe’s engineering consultant. It took us a week to get on site for an assessment due to access and weather conditions, primarily rain. In addition, we had to immediately shut off the canal and wait for the area to drain. About a week later, a large team that included staff from our Denver and Billings offices and stakeholders assembled at the site to evaluate the situation and plan our approach. We gathered a lot of data on the topography of the area and took photos. After the site visit, we continued to discuss how to fix or replace drop 5 and what temporary repairs to put in place in the meantime. It was a quick, in-depth discussion about how to get the canal back online, how long it might take, what it might cost, and the water supply benefits it would provide. We evaluated how the temporary options and the permanent replacement of the structure might affect irrigation and water supply schedules, trying to provide as much information as possible to the MRJBOC. It is the organization most affected, as it has lost a significant part of its irrigation season. Over a period of 2–3 weeks culminating on June 4, we presented everything that we had determined to the MRJBOC. Based on that, the MRJBOC made the decision not to pursue temporary repairs, since they would take almost as long as a permanent replacement, would complicate the permanent replacement, could cost $1 million, and might gain only a week’s worth of additional irrigation. The MRJBOC weighed a lot of risks before it elected to forgo temporary repairs and focus on the permanent repair. Because it is forgoing half its irrigation season, its irrigators, who normally get 2 acre-feet per acre per year, will only be getting 1. Fresno and Nelson Reservoirs are supplying water now, but unless there is more rain, the irrigation season will be over by about mid-July. We’re ensuring that the municipalities have a water supply through the winter. Right now, the state, the MRJBOC, and Reclamation are focused on getting these repairs done now so that there is water next year.

Irrigation Leader: Would you tell us about the permanent repairs you are planning for drops 2 and 5?

Steve Davies: At the start of fiscal year 2020, the MRJBOC and Reclamation had planned on replacing drop structure 2. Drop 2 was fully designed and was ready to go out for solicitation. Both drops 2 and 5 were deemed to be at high risk of failure. Based on inspections we had done about 6 years ago, we focused primarily on drop 2. Lo and behold, drop 5 failed first. If there’s anything positive about that, it is that the construction for drop 2 is fully designed; those plans are actually being used to help guide the design for the repair of drop 5. While our focus has obviously shifted to drop 5, we’re all cognizant that the worst thing that could happen would be repairing drop 5, turning the canal back on, and then having drop 2 fail. That led to the MRJBOC’s decision to pursue both repairs simultaneously.

Irrigation Leader: How would you describe the path forward?

Steve Davies: Reclamation’s contractual relationship with the MRJBOC is highly positive. We were able to temporarily transfer operations and maintenance and replacement responsibilities to the MRJBOC for drops 2 and 5. This is a bit unique because normally Reclamation leads all maintenance activities on the St. Mary facilities. The MRJBOC, along with its consultant, is now capably leading the effort and has hired a contractor to work on the site. It began excavating drop 5 on June 22 and afterward, it will move to drop 2 and start forming concrete structures. The construction period is expected to last at least through August and likely into September. Depending on when it finishes, there may be an opportunity to move some water this year to shore up water supplies in the downstream reservoirs.

Irrigation Leader: What other stakeholders has Reclamation worked with?

Steve Davies: The State of Montana has bonding authority and is an important partner from a potential funding perspective. The canal and drop structures are located entirely within the Blackfeet Indian Reservation. We’ve had tremendous support and assistance on environmental and cultural issues from the Blackfeet Nation. We’re appreciative of that. That collaboration is going to continue. Tribal staff, along with their environmental consultants, will be on site for the construction to make sure the contractor meets all tribal requirements. Another group that we collaborate with extensively is the International Joint Commission, which deals with the cross-border nature of the Milk River. The accrediting officers for the United States and Canada are meeting regularly on this. The Canadians are not used to seeing such a limited water supply in the Milk River in Canada. They don’t have a right to the water that we move through Canada, but they are affected by the overall situation of low flow.

Shelby Hagenauer: The coordination that has been part of the response to the situation has illustrated Reclamation’s intention to be a water user–focused agency. The work that the local office has done over the years to develop relationships with local communities, water users, and the tribes is what makes Reclamation’s work successful. We’ve also made sure that we’re communicating with the Montana congressional delegation. Congress is an important stakeholder and an important part of this process. We appreciate that we’ve got an open communication line with them; Steve has helped provide the congressional delegation updates to make sure that they know what is going on.

Irrigation Leader: How would you describe Reclamation’s commitment to the stakeholders?

Shelby Hagenauer: We value our relationships with our stakeholder partners here and across the West. Reclamation and the customers of the Milk River Project have been working together closely for many years to understand the limitations of aging infrastructure and what needs to be done to remedy them. While none of us wanted this failure to happen, we were ready. When it happened, everyone jumped into action to work together. Reclamation is committed to seeing these facilities repaired and moving water as soon as possible

Irrigation Leader: Would you tell us about your cooperation with the tribes?

Steve Davies: It has been positive. We’ve had briefings with the Blackfeet Nation’s Tribal Council on environmental and cultural matters. We are in near-daily contact with the staff

of the Blackfeet Nation. The tribe is going to have an onsite monitor. This project also has the potential to affect another tribal entity, the Fort Belknap Indian Irrigation Project (FBIIP), which is located below Havre and has water rights to natural flows and storage in Fresno Reservoir. We’re working with FBIIP and making sure we’re communicating any effects this work may have on its water supply. We aren’t seeing any yet, but we are monitoring the situation closely.

Irrigation Leader: What should everyone who is dependent on a Reclamation project know about Reclamation?

Shelby Hagenauer: We are committed to our stakeholders. President Trump, Secretary Bernhardt, Commissioner Burman, and our whole team are committed to providing reliable water and power to families, farms, and communities across the American West. That covers a variety of things, from addressing issues like the collapse on the St. Mary Canal in the Milk River Project to looking at new opportunities for storage in areas that have challenges with droughts. Reclamation just celebrated its 118th birthday on June 17, and we and our stakeholders are facing the challenge of aging infrastructure. We are focused on dam safety and maintaining existing reserved and transferred works, but we are also looking forward to the needs of the future.

Steve Davies: We take our role seriously. The challenges that Reclamation and its stakeholders face with aging infrastructure cannot be overstated. There are many structures over 100 years old. Funding constraints on infrastructure projects across the United States are just as challenging as the technical task of designing replacements. 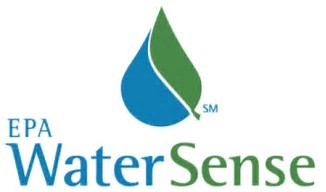