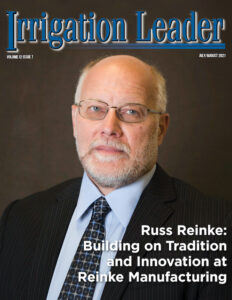 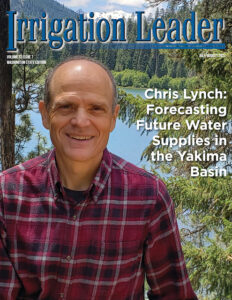 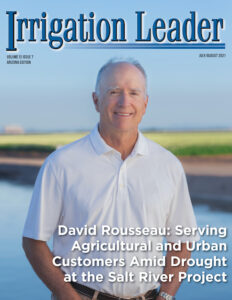 In our cover story this month, we speak with David Rousseau, president of the Salt River Project (SRP). SRP's originally largely agricultural deliveries enabled the establishment of a farming community that eventually enabled the explosive growth of Phoenix, now the nation’s fifth-largest metropolitan area.

We also feature several individuals from Reinke Manufacturing, which in addition to supplying farmers with center pivots, computerized control systems, and other equipment, supports its local community by sponsoring high school and college courses in welding, machining, and robotics. Russ Reinke, Reinke’s first vice president, tells us about the progress the company has made since his father founded it in 1954 and its top issues today. We also speak with three Reinke employees directly involved in the company’s educational initiatives: Chuck Hatzenbuehler, who teaches welding classes; Hal Hockersmith, who serves as the coach of a local team participating in the FIRST Tech Challenge, a competitive robotics challenge for high schoolers; and Dave Staroscik, who teaches classes in machining and AutoCAD.

Lindsay Sugarman provides us with a case study of one irrigation district’s success with McCrometer’s McMag2000 meter.

Charles Coutant informs us of the results of a recent study that suggests that hydraulic factors alone can carry juvenile fish around a T-screen structure.

We also bring you news from two tech companies making advances in the water and irrigation field. Gastón Dussaillant’s Chile-based company Capta produces simple, cost-effective, and durable surface water telemetry and canal gate automation solutions and is currently working to pilot its products and establish a presence in the United States. We also speak with Tomer Tzach of Israel-based CropX about the company’s recent acquisitions, its partnership with Reinke, and its plans for the future.

By providing vital equipment, creating jobs, enabling industry, and in some cases even directly sponsoring educational programs, irrigation and water companies support local communities across the United States. I hope you enjoy reading their stories this month.