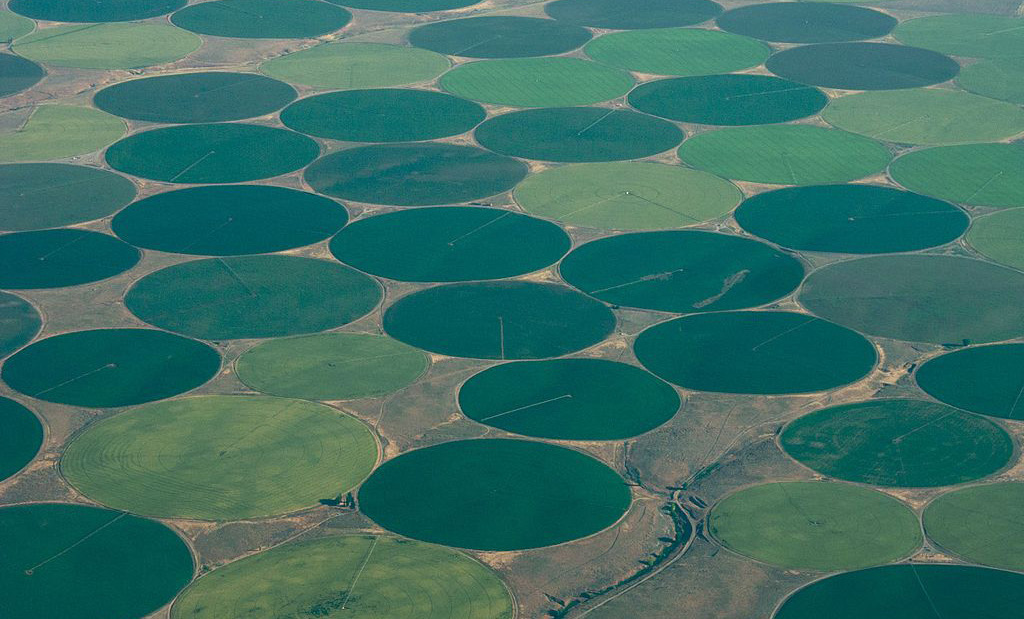 The Washington State Water Resources Association (WSWRA), based in Olympia, is the coordinating agency for irrigation districts across Washington State. It represents over 100 irrigation districts and companies, which together deliver water to over 1.1 million acres of irrigated agriculture. The WSWRA is the oldest continuously active organization dedicated to the development and operation of irrigated lands and to related water resource activities in Washington State. Today, irrigation districts, like all businesses across the United States, are seeing their operations affected by the COVID‑19 pandemic. In this interview, WSWRA Executive Director Tom Myrum tells Irrigation Leader about what WSWRA is doing to face up to this crisis.

Irrigation Leader: Please tell us about yourself and the WSWRA.

Irrigation Leader: How has the pandemic affected the farmers and irrigation districts who are members of your association?

Tom Myrum: A large majority of the agriculture in Washington State is made up of high-value crops, known as specialty crops, so agriculture in this state is often labor intensive, with smaller farms than what you’d see in the Midwest. A lot of the farm workers are essential to keeping the farms functioning, so the coronavirus has had bigger effects on the farmers themselves than on the irrigation districts. As we budget for next year, we’re looking at how the effects on the farms will eventually come to affect the irrigation districts.

Irrigation Leader: How did the WSWRA itself respond to the pandemic?

Tom Myrum: In the beginning, there was so much information coming out of the federal government. Various bills were being passed, and there was a directive on essential workers from the U.S. Department of Homeland Security. The state and the governor seemed to have a proclamation a day; sometimes, the governor would make a proclamation and then have to supplement it later the same day. One of the best roles an association could play was as a clearing house for information. The information would come in; we would push it out to our members; our members would send back their questions; and in some cases we could even crowdsource answers from among our other members. That worked effectively over the last 2–3 weeks, during which the most change took place; now, things aren’t changing as quickly. The association’s goal was to be a central point of information when things were happening quickly; that was our single most important role in those first several weeks.

Irrigation Leader: How has the COVID‑19 pandemic affected the WSWRA’s scheduled events and meetings?

Irrigation Leader: Is it possible that you might alternate between in-person and conference call meetings?

Tom Myrum: It’s possible that we could do that during the winter months when travel is difficult. In the summer, when travel is easier, we’ll hold our meetings in person. We’ll have to discuss what we want to do. There are a lot of options. The Washington State Department of Ecology recently held a meeting via Webex for an advisory committee that they’re launching. Typically, they would have gotten 50–60 people to attend an in-person meeting, but on Webex, 150 people showed up, and around 140 actually stayed on through the entire call. As a result of that good turnout, they got excellent feedback. Businesses and the state government may find it beneficial to use these platforms to attract greater participation in the future.

Irrigation Leader: What about your registration meetings? Has the pandemic affected your association’s income?

Tom Myrum: Right now, our only meeting is our annual conference, which is held in December, so we have the benefit of being able to wait a bit before we need to make final decisions about it. We don’t know if people will change the way they feel about going to large social gatherings such as conferences. Through our weekly calls with the executives of the state associations, I’m getting a feel for how that is playing out in different states. As the summer moves on, we’ll get a better sense of what’s going to happen in December. I think our members are highly likely to continue to come to meetings like ours, especially since our next meeting is not until December. I have to give a lot of credit to the other associations that had to deal with this in real time and have adapted to the new reality.

Irrigation Leader: Is there anything that you’ve learned that you want to pass on to other associations?

Tom Myrum: Honestly, I think the other associations are way ahead of me out of necessity. They have been giving information and advice to me, and I’m taking it. I’ve asked them how they have managed to handle the changes. One of the things we’re discussing is how this is going to affect our revenue this year and next year. If people change the way they feel about going to association meetings, the budgetary effects could be significant. Most of the associations have sufficient reserves to handle a shortfall for a meeting or two, but after that, we may have to change how we operate. Nobody has figured this all out yet, and those weekly calls we’ve been doing have been informative.

From Nebraska to the World