Cameron County Irrigation District #2 (CCID2) covers a vast area of Texas near the mouth of the Rio Grande known for its fertile soils and citrus crops. In this interview, General Manager Sonia Lambert tells Irrigation Leader about the district’s conservation efforts and its efforts to ensure that it is able to continue serving its customers as it has for more than 100 years.

Irrigation Leader: Tell us about your background and how you came to be in your current position.

Sonia Lambert: I am the manager of CCID2 and Cameron County Drainage District #3. The two districts work together through an interlocal agreement for my services. I started working for CCID2 through a temporary position that evolved into a permanent position. I have been employed with the irrigation district for 43 years now and have managed both the irrigation and drainage districts for 21 of those 43 years.

Irrigation Leader: Would you tell us about the history, size, and current services of the two districts you manage?

Irrigation Leader: Does all the water for the irrigation district come out of the Rio Grande?

Sonia Lambert: Yes, all the water for the irrigation district is surface water. It comes from the Rio Grande and the Falcon and Amistad Reservoirs, which are international reservoirs owned and run by both Texas and Mexico.

Irrigation Leader: How many customers do the districts have?

Sonia Lambert: The drainage district has more customers than the irrigation district, because as I noted, it also serves several municipalities. The actual number of people that benefit from the drainage district is hard to nail down, because while it includes several municipalities, it does not necessarily include the entirety of each metropolitan region. The irrigation district is more clear cut, however. Approximately 300 farmers are its customers, and there are a total of about 3,000 landowners within its boundaries.

Sonia Lambert: The district owns three reservoirs and resacas that are used to store water that has already been pumped from the Rio Grande. These are greatly beneficial to the irrigation district when the Texas Commission on Environmental Quality’s Water Master Program offers what is called no-charge water, which is not deducted off the district’s water account balance.

Irrigation Leader: Tell us about recent droughts and climatic conditions on the Rio Grande and how they have affected your operations and deliveries.

Sonia Lambert: We have been short of water a couple of times in previous years that I recall. Unfortunately, we are expecting a shortage again this year; we are thus in for a tough year.

Farmers are completely dependent on the water provided by the irrigation district, and with shortage comes crop loss. One of two things can happen when we experience a shortage of water. Either we continue until we are completely out of water, or we divide whatever we have left among the eligible farmers—that is, farmers who show a history of irrigation and who we know will put that water to good use. The latter is the preferred option. This helps keep some water in our system to help with deliveries to the municipalities for a longer period.

Shortages affect both the farming community and the cities. When there’s a shortage, we need to notify the cities, who in turn need to notify their consumers to cut back. Most of us have water conservation plans already in place. Those water conservation plans call for certain actions during shortages. We are already in the process of reviewing exactly what our starting point is for 2021 and what steps we will need to take to best manage our water supply so that we can provide as much as we can for as long as we can to as many of our consumers as we can.

Irrigation Leader: How have the irrigation and drainage districts been upgrading their infrastructure to save water?

Sonia Lambert: Fortunately, the leaders of this district had the foresight to begin piping earthen canals to conserve water supply as early as 2000. In that year, legislation was enacted to allow us to construct a pumping plant and an interconnect tying together two main water sources and to pipe open laterals. At this point, all that work has been completed. We have constructed the pumping plant, we have constructed the interconnect, and we have piped about 45 miles of canals. This has dramatically curtailed the losses we would otherwise have experienced from seepage and evaporation. In addition to that legislation, we have had the fortune to acquire grants through the Bureau of Reclamation’s WaterSMART Water and Energy Efficiency Grant program to pipe additional open laterals. We have also begun installing automated gates, which help us better control the water. Automated gates also typically lose less water than manual gates, of which we still have quite a few.

Irrigation Leader: What kinds of conservation efforts, if any, are being undertaken on farmers’ properties?

Sonia Lambert: Most farmers have historically used open furrows. Today, most have moved to what is referred to as poly pipe, which is really just pipe with evenly spaced holes that can be rolled out to better distribute water in each crop row and thus reduce waste. Some have installed meters and shown interest in the installation of drip or sprinkler systems, which use less water on the crop itself.

Irrigation Leader: Do you have plans for any new infrastructure or storage facilities?

Sonia Lambert: Because our three reservoirs are open, they experience seepage and evaporation. We do not have current plans to construct any new reservoirs for a variety of reasons. Remember, all our water is based on the water rights that we own through the State of Texas. To turn our pumps on, we need to have enough storage in our account with the State of Texas to order that water and place it in our system and our reservoirs. The account operates like a checking account; you’ve got a certain amount of water on deposit, and every time you order water, it’s deducted from the account. At this point, the issue with the drought is that we have no opportunity to replenish that account. We’re just making withdrawals, no new deposits.

Irrigation Leader: What were the keys to your success in seeking grant money through the WaterSMART program?

Sonia Lambert: From what I understand, Reclamation bases its decisions on how much water and energy you can conserve for the amount of money that is being requested through the grant, and if you are benefitting the environment, that gets you extra points. Those are the areas we have tried to focus on. Reclamation has routinely made the WaterSMART grants available for quite a few years now, and we take every opportunity to apply for them. We have been pretty successful in acquiring one or more grants each year. They have really contributed to our ability to pipe our open laterals and to continue our overall water conservation efforts.

Irrigation Leader: What effects is urbanization is having on your districts?

Sonia Lambert: Urbanization has not occurred as rapidly in Cameron County as in some parts of the state, such as our neighboring county, Hidalgo County. We are still predominantly agricultural, which is one of the reasons why I feel that this area is going to experience more of a water shortage this year than will Hidalgo County.

Irrigation Leader: What is your vision for the future of the districts, particularly when it comes to drought issues?

Sonia Lambert: Success through conservation. We plan to continue our water conservation efforts, which I think are particularly important. It should be an ongoing process throughout the life of the irrigation district. There are always improvements to be made, and we should never stop working on them. Every effort we make to pipe open laterals conserves water that can then be used on a farm or even for urbanization in the future.

Sonia Lambert is the general manager of Cameron County Irrigation District #2 and Cameron County Drainage District #3, headquartered in San Benito, Texas. She can be reached at ccid2@swbell.net or (956) 399‑2484. 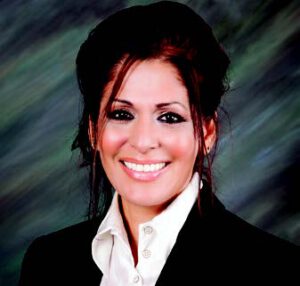