The Imperial Irrigation District (IID) serves half a million acres of highly productive farmland in the Imperial Valley of Southern California with Colorado River water. Its massive water distribution system includes major canals and check structures that are operated automatically and remotely, but also thousands of field-level turnouts that must be manipulated by hand by the district’s zanjeros, or ditch riders. In this interview, Jeff Dollente, a zanjero for IID, and Robert Schettler, IID’s public information officer, tell us about the essential job zanjeros perform to deliver water safely to the district’s customers.

Irrigation Leader: Mr. Dollente, please tell us how you came to be in your current position.

Jeff Dollente: I started at IID right out of high school and have been here since 1985.

Irrigation Leader: Would you tell us what a zanjero is, what your duties are, and how they differ from those of ditch riders elsewhere?

Jeff Dollente: As general background, water flows into IID’s system 24 hours a day, 7 days a week, mainly by gravity. We go up and down the ditch banks constantly, managing this water so that it goes to where it needs to go. We deliver and cut back water every day. Customers order the water the day before they need it. Then we get our shipment for the day and have to deliver it to the various fields and farmers.

Irrigation Leader: What is involved in making sure that water gets delivered where it needs to go? Does that involve manipulating manual gates?

Jeff Dollente: Each field has a delivery gate that we have to monitor to complete the order. We also have to adjust check structures to keep the ponds up and maintain pressure on the gates. The water that arrived today in the valley was ordered 3 days ago. Water is constantly moving, and it goes up and down.

Irrigation Leader: Would you describe the size of IID’s delivery system and tell us how many gates or points of delivery there are?

Robert Schettler: We irrigate nearly half a million acres of farmland, some of the most productive in the nation. Farmers grow every month of the year here. Summer crops include Sudan grass and alfalfa. In the winter, the Imperial Valley supplies 75 percent of the nation’s winter vegetable crop. This is possible because of the sunshine, but also because of the availability of water.

Our water comes from the Colorado River. It is stopped by structures like Hoover Dam and eventually gets to Imperial Dam, which is owned by the federal government but operated and maintained by IID. After Imperial Dam, the water is cleaned in a desilting basin, since there’s a lot of silt, sand, and sediment, and then goes into our canals. The desilting basin is just north of Yuma, Arizona, but that’s 82 miles away from where we actually deliver water. The water flows into the Imperial Valley, where we have major structures, and it goes through some power plants and generates electricity. Then it goes into the All-American Canal, which runs parallel to the U.S.-Mexico border. Once it finally hits the Imperial Valley, there are three major arteries: one on the east side of the valley, one in the middle, and one on the west.

On the larger level, coming from the dam and hitting the east highline, the gates are huge structures that are operated mechanically from our water control center. One of the questions that often comes up is why the system can’t be run all electronically. First, it’s just too vast. We have about 6,000 square miles of surface area that we have to get to on a daily basis. That includes plenty of big canals, laterals, and farm headgates. We have thousands of gates at the field level—perhaps 4,000–5,000. These structures are operated by our zanjeros, many by hand. After the headgate, the water is the farmer’s responsibility. It’s an intricate system that is fluctuating all the time. There could be more water in one canal on the east side and more water needed on the west side, and our guys will have to make the adjustments.

Irrigation Leader: How has your job changed over the years as IID has modernized its system?

Jeff Dollente: Back when I started, water could only be ordered in 24–hour increments. We have now added the option of running water in 12-hour increments to better serve farmers.

Jeff Dollente: Yes, quite a bit. We’ve installed automated gates. They’re working pretty well. We check them once in a while. The water in the canals goes up and down every day.

Irrigation Leader: What are the most challenging parts of the job?

Jeff Dollente: I guess trying keeping the customers happy and keeping them on order for the day. Cutting the water back without waste is also a challenge, although since my route has three reservoirs, it never has any water spilling out of it.

One of IID’s larger issues is that we don’t have major reservoirs of our own. Under the current rules and regulations at Hoover Dam, IID is limited to a set amount of storage there.

IID is the largest user-contractor of Colorado River water, and everybody looks to us in times of drought. The district is doing what it can as part of the quantification settlement agreement of 2003. IID has conserved almost 7 million acre-feet of water since 2003 for urban area use. California itself only gets 4.4 million acre-feet a year. It’s guys like Jeff who make it happen.

Irrigation Leader: What are the top skills of a successful zanjero, and how do you learn them?

Jeff Dollente: Measuring water. You have to run the control checks successfully; if you let the water drop out, you can’t deliver it. It takes a little time to learn that.

Robert Schettler: In order to do their jobs well, our zanjeros have to maintain constant contact with the people they are serving, whether they are the landowner themselves, tenant farmers, or the irrigators who are in the field receiving the water. Everybody on Jeff ’s run knows his cell phone number, and they’re in constant contact. I believe that helps a lot.

Jeff Dollente: The customers are constantly changing their orders. If they finish irrigating early, they let you know—it doesn’t work out exactly 24 hours every time. We have guys working around the clock for our customers to reach out to.

Jeff Dollente is a zanjero at the Imperial Irrigation District. He can be contacted at jbdollente@iid.com. 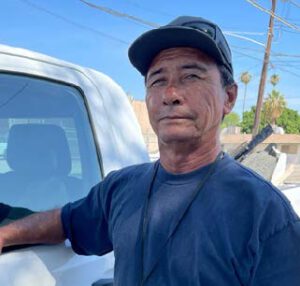 Robert Schettler is the public information officer at the Imperial Irrigation District. He can be contacted at rdschettler@iid.com. 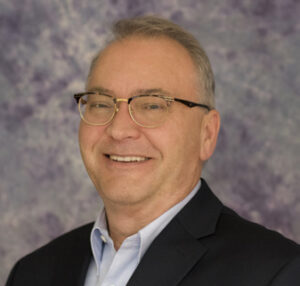 Agri-Inject: A Pioneer in the Chemigation Field