Agricultural producers in the Yuma, Arizona, area produce around 90 percent of North America’s winter produce. In the summer, they produce significant amounts of field crops as well. Yuma Irrigation District (YID), irrigating 10,600 acres, is one of the smaller local irrigation districts that make this possible. In this interview, YID General Manager Rex Green tells Irrigation Leader about the district’s operations and top issues.

Rex Green: I was born in Yuma and grew up in our service area. I left to attend the University of Arizona, where I received a degree in agronomy and plant genetics. After graduation, I returned to Yuma. I’ve always been involved in agriculture.

The position of manager of YID became available in 1989. I was one of several candidates interviewed and was likely selected because of my experience in production agriculture and maintenance. The board directed me to focus on the operation and maintenance aspects of the district. We’ve made significant advances in efficient water delivery and conservation in the last 30 years.

Rex Green: In 1919, the lands in the district were organized into an electrical power district that supplied power to pump groundwater for irrigation. YID was formed in the mid-1960s and was operated by the Bureau of Reclamation until 1973, when the landowners in the district formed a board and took over operations. Under the contract with Reclamation, the service area is 10,600 acres.

The district covers the south side of the Gila River and the Colorado River east of Yuma, Arizona. There are seven irrigation districts in the area, of which YID is the fourth largest. We have seven employees, including three ditch riders, two maintenance personnel, a water master, and me. We deliver water to about 25 growers.

We’re part of the Yuma Mesa Division of Reclamation’s Gila Project. The three districts of the division share an undivided entitlement to 250,000 acre-feet of priority 3 Colorado River water.

The district levies a per-acre assessment for operations, maintenance, and replacement (OM&R). Irrigation assessments in the area vary somewhat, but compared to those in other areas are relatively low. Most of our growers farm in several irrigation districts.

YID’s board of directors is elected from landowners who are water users. The board has demonstrated decades of leadership in efficient water use and conservation.

Rex Green: YID’s infrastructure consists of seven turnouts off the Gila Gravity Main Canal, which services the districts in the Gila Project. The South Gila Canal is an 8‑mile concrete-lined canal that, along with 30 miles of underground pipeline, constitutes YID’s distribution system conveyance facilities. The depth of our supply pipelines allows for right-of-way cultivation, which reduces maintenance expense. Our system also includes 90 metered field turnouts. Accurate metering of water delivered is important in water use efficiency and conservation. The challenges of meeting supply needs in a 365‑day growing cycle frequently test our operational capacity to the limit, and perhaps a bit beyond.

Irrigation Leader: Where does your water come from?

Irrigation Leader: Does your flow get restricted during droughts on the Colorado River?

Rex Green: Much of the Colorado River basin and Arizona are experiencing a prolonged, exceptional drought. The drought situation has not yet caused any diversion limitations. YID has a third-priority water contract. If the drought continues, there will be reductions under the Lower Basin Drought Contingency Plan. With the coming 2022 declaration of a shortage condition on the river, rights with a fourth or lower priority will be restricted.

Irrigation Leader: What are the main crops grown in your district, and what type of irrigation systems do the farmers use?

Rex Green: During the winter months, the Yuma area, which includes YID, supplies or ships over 90 percent of North America’s produce. Winter produce crops include broccoli; cabbage; cauliflower; greens; several types of lettuce; onions; and spinach, including baby-leaf spinach. Our growers double crop and are able to harvest over 15,000 acres of produce from the 10,600 acres during the winter.

During the summer months, the main field crops are high-quality desert durum wheat for pasta, alfalfa, Sudan hay for export, melons, and some cotton. Almost the entire district—9,000 acres— grows some sort of field or forage crop, such as cotton, wheat, or another grain or cereal.

We use all available irrigation systems and methods, including drip, sprinkler, large farm turnouts, gated pipe, and siphon tube. Perhaps the key to our efficient irrigation systems is the use of basin-level or 0.0.‑grade-level fields.

Irrigation Leader: What are some of YID’s current top issues?

Rex Green: Our top issue is food safety. Produce is sensitive to pathogen contamination, whether by air or water. The risk to, and protection of, consumers from pathogens is our greatest concern.

Financial responsibility for aging infrastructure is the second-greatest concern. Imperial Dam is undergoing a multimillion-dollar rehabilitation, and the cost falls on the districts. Some districts face overwhelming assessment increases, including those of special assessments to meet the costs of rehabilitation.

Potential effects on our water supply from long-term drought is our third-highest concern. Although our water right is higher priority, if the drought continues at its current severity, agriculture water will become a greater target. Eventually, the third-priority users will have to give some water to the river. Perhaps of greater concern is the effect of the drought on others. As lower-priority water right holders lose water to the drought, pressure will increase to move water off the river and out of Yuma County agriculture. Water flows uphill to money.

The final high-priority concern is servicing and supporting water users’ changing needs. The technology of irrigation and cropping continue to evolve. This area can support 150–200 different crops. Managing salt is necessary to keep salt from affecting production. Groundwater has to be pumped from parts of the district to keep it from rendering the soil unproductive. Getting growers the water they need will always be a challenge as times, technology, and crops change.

Irrigation Leader: Are you encouraging your farmers’ on-farm efficiency and conservation efforts?

Rex Green: Growers are encouraged to be efficient and conserve water. Practices resulting in water use efficiencies and conservation are more grower driven than district driven. Farmers have to be efficient if they want to stay in business.

Since the 1970s, our growers have adopted growing and irrigation practices that have reduced water use and increased crop production. YID and the other districts in the area have conserved millions of acre-feet of Colorado River water for others to use. The three districts in the Yuma Mesa Division have left about 75,000 acre-feet of their shared entitlement in the river each year. Most of the conserved water and all the unused water entitlement has gone to support farming in central Arizona. A good review of the water use efficiency in the area can be found in a February 2015 report by the Yuma County Agriculture Water Coalition, A Case Study in Efficiency: Agriculture and Water Use in the Yuma, Arizona Area. It can be found on the coalition’s website, agwateryuma.com.

Irrigation Leader: How do the operations of a small district differ from those of a large one?

Rex Green: Having a small staff makes large construction projects a challenge. We work with contractors and other irrigation districts to complete larger-scale projects. It would be difficult to overstate the benefits of the cooperation between local districts on each other’s issues.

Irrigation Leader: Have you been applying for any grants from Reclamation or any other sources?

Rex Green: Funding for major projects is always a challenge. We have previously applied for and received grants for water conservation, metering, and safety improvements in our canals. We are not currently involved in any grant projects. We continually look for opportunities through available grants to maintain and improve our system. 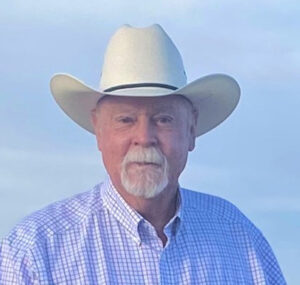 Rex Green is the general manager of Yuma Irrigation District. He can be contacted at rgreen@yumairrigation.com or (928) 726‑1047.